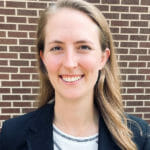 The data find that California, New Jersey, and New York have the highest cancer risk from diesel pollution, though risk is not evenly spread across any state. Wyoming, Montana, and Oregon have the lowest cancer risk associated with diesel pollution. In addition to health impacts, the mapping tool also explores data on societal and economic impacts, as well as on- and off-road air pollution data.

The map focuses on the various impacts of particulate matter (PM), which according to the California Air Resources Board is “a complex mixture of solids and aerosols composed of small droplets of liquid, dry solid fragments, and solid cores with liquid coatings.” The map specifically focuses on the negative impacts from fine particulate matter, or PM2.5, which is comprised of particulate matter particles with diameters measuring 2.5 micrometers or less. The U.S. Environmental Protection Agency has found that short- and long-term exposure to PM2.5 can cause harmful health impacts such as heart attacks, strokes, worsened asthma, and early death. Levels of PM2.5 pollution are measured in terms of the mass of PM2.5 in a certain volume of air (i.e., micrograms of PM2.5 per cubic meter, or ug/m3). The tool uses emissions and other data projections from the U.S. EPA for 2023. These projections are used in EPA’s regulatory work and constitute the best available data for this purpose. Additional information on the methodology can be found here.

CATF hopes this map will empower people to discover the health risks from diesel pollution in their communities and help people living and working in the most affected towns and cities in the United States document the enormous damage that diesel pollution causes in their communities, so that they can push local and state leaders in government and business to develop better community planning processes, make smarter and more sustainable investments in roadways and fleet vehicles, and provide better access to preventative and responsive health care.

A federal-level response is also needed because diesel pollution plagues every corner of the country. Not coincidentally, the problem stretches as wide as the country’s interstate highway network. It may not come as a surprise that residents of Los Angeles cope with the country’s worst diesel pollution, at 0.726 ug/m3, but the map shows that a driver heading north from Los Angeles on Interstate 5 would continue to encounter dangerously high diesel particulate matter levels in California’s Central Valley (Fresno County, CA: 0.451 ug/m3), in the Bay Area (San Mateo County, CA: 0.465 ug/m3), and even at the north end of I-5 in the Puget Sound region (Kitsap County, WA: 0.221 ug/m3).

From there, dangerous levels of diesel pollution are found along Interstate 95 to the north (Suffolk County, MA: 0.279 ug/m3) and to the south (Philadelphia County, PA: 0.351 ug/m3; Washington, DC: 0.311 ug/m3; Mami-Dade County, FL: 0.345 ug/m3). Eliminating these emissions—and the deaths and illness they are causing—requires a combination of policy and technology advances.

Diesel pollution has been causing death and debilitating illness to communities across the United States for generations. That doesn’t have to be the case. There are steps that we can take—both in government and industry—that can push dirty diesel-burning engines out of the marketplace and out of our neighborhoods within a decade. The policies we need include:

The Deaths by Dirty Diesel map shows in stark detail just how important these kinds of changes are. The map informs and motivates CATF’s efforts to push for the development of better policies and cleaner technologies, and we look forward to working with community-members, organizations, and companies around the country that are similarly committed to eliminating diesel pollution.

CATF has a long history of advocating for reducing diesel emissions from the transportation sector as a public health imperative, helping pass and then pushing for the funding of the Diesel Emissions Reduction Act to reduce these toxic emissions. CATF also recognizes the enormous climate benefits that accompany the public health imperative of phasing out diesel fuel and replacing it with zero-carbon transportation technologies such as electric vehicles and zero-carbon fuels.