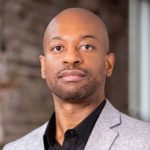 The climate crisis requires that we decarbonize our global transportation systems. To meet this requirement, the purported solution for some time now has been “electrify everything”. Technical experts and the climate-concerned public alike have long pushed the idea that the future will be one of clean electricity that powers just about all aspects of our life. And, I bought in … at least for a time. It wasn’t until I began studying the details surrounding the challenges of putting a battery into a car, truck, or container ship that I realized that things are much more complicated than ascribing to the aspirational motto.

To be clear, batteries will probably make great sense for certain elements of trucking. In fact, well-known companies in the EV space, such as Tesla, have a product on the horizon to address medium-haul, 300 – 500-mile, operating ranges. However, specifically for long-haul routes, there is a technology more suited to the task – hydrogen fuel cell. Fuel cell trucks use the same basic electric drivetrain as battery trucks (and even have a battery) but due to their on-board hydrogen storage, fuel cell trucks have a much longer range, require fewer stops on long routes, can be fueled much faster, and have less risk of lost cargo capacity. Another major company, Daimler, is actively working with this drivetrain technology, currently testing a new product with operating ranges of 1000 km (625 miles) or more. In short, fuel cell trucks have many of the benefits of diesel, without the harmful emissions.

The old aphorism that time is money is particularly true in the freight transport business. After fuel, labor is the costliest part of a trucking company’s budget. Missed delivery dates can also result in penalties to the company, depending on specific contract language. As such, the first reason why much of the long-haul heavy trucking sector will likely be hydrogen fuel cell based is due to time. A long-haul, Class 8 truck with a 100kg hydrogen tank can be fueled approximately 15 times faster than charging a 1 – 2MWh battery needed on the battery electric equivalent. Cross-country drive times can take up to 35% less time due to decreased dwell time as well as the smaller number of stops required. This should make hydrogen fuel cell heavy trucks the more appealing option to businesses that are based around moving goods efficiently around the country.

The second reason is that hydrogen fuel cell also has the edge on electric trucks when it comes to cargo capacity. The 1 – 2MWh battery required for a long-haul truck will be much heavier than a full tank of diesel or a fuel cell configuration, which typically only needs a small battery of 20 – 100kWh to accompany the hydrogen. My analysis shows that if you start with a maximum-weight 80,000lb, Class 8 truck and assume a battery mass of 4kg/kWh, (something that has been achieved in passenger vehicles but is still unproven for the large batteries needed in heavy trucks and the cooling systems that go with them), a hydrogen fuel cell vehicle loses approximately 1,000lbs of cargo capacity whereas a battery electric vehicle would potentially lose around 5,000lbs, compared to diesel trucks of today. Furthermore, if we can’t get to a 4kg/kWh battery relatively soon, we can expect larger cargo capacity losses of 10,000 – 15,000lbs in the short term with the battery electric configuration. The smaller battery used in the hydrogen fuel cell configuration would also weigh more in this case, but even in the worst-case scenario, it would only lose approximately 2,000lbs of cargo capacity. All told, on average, businesses using hydrogen fuel cell trucks will enjoy all of the benefits of reduced emissions, without sacrificing much of the cargo space they need. In fact, their carrying capacity would be comparable to current diesel fleets.

The third reason hydrogen fuel cell may make more sense for the long-haul trucking business is flexibility. Hydrogen fuel cell vehicles have more range than their electric counterparts, expected to reach twice the number of miles per full charge/tank. An all-electric fleet could handle many regional loads, running along a spoke to and from a hub, but a hydrogen fuel cell vehicle could handle regional delivery as well as cover longer routes with little time needed for refueling. A more flexible fleet is one that may earn more for the business.

Finally, Total Cost of Ownership (TCO) is lower for hydrogen fuel cell trucks. Although the price of hydrogen and somewhat lower efficiency compared to battery electric trucks could lead to elevated relative fuel costs for the hydrogen fuel cell configuration, preliminary analysis by NREL concludes that a battery electric, long-haul heavy truck will have a higher TCO than its hydrogen counterpart. This is primarily due to the capital expense of a larger battery. The battery electric vehicle also has a longer average dwell time – as mentioned above – which costs money. Put together, NREL concludes that the TCO for a hydrogen fuel cell long-haul truck (multi-shift, weight-limited class 8 sleeper) is 15-25% lower in 2025. Given its impact on shipping costs, TCO is one of the most important parameters for freight businesses and end-users alike, making hydrogen fuel cell an attractive choice.

It’s also worth noting that the potential advantages to hydrogen fuel cell heavy trucks are not limited to the merits of individual truck performance or cost. Some back of the envelope analysis has shown that the required infrastructure buildout to support an all-electric heavy truck fleet would need to be very robust in terms of charging station size, number, and power requirements. Specifically, the electric infrastructure required for large charging stations for long-haul trucks may be 20 – 25 MW each and, compared to diesel, you may need to give these stations 3 – 4 times more space – or build them to a similar size but in around 8 times the number of locations. On the other hand, the equivalent infrastructure for hydrogen would have a similar footprint to diesel, though the stations would be more expensive and complex.

Now, there are some applications where it does make sense to use battery electric trucks over their hydrogen fuel cell counterparts. For shorter trips, say 400-mile roundtrip regional delivery, or for smaller trucks, the TCO for a battery electric truck compares well to hydrogen fuel cell vehicles. Charging infrastructure is also more developed, cheaper, and less complex than hydrogen fueling stations, and the TRL, or technology readiness level, is higher for electric drivetrains since the technology has been on the market for longer. However, for long-haul heavy truck operation – something that in the U.S. still makes up 40% of truck routes, consumes 75% of all diesel fuel used by the trucking sector (29 billion gallons of diesel, 3.9 quads), and accounts for roughly 17% of transportation GHG emissions, or 330MMtonnes of CO2 per year – the future probably includes a lot of hydrogen.

As I see it, now is not the time to select a single transportation energy source. For trucking, it appears that hydrogen will have some significant advantages, so let’s get busy building that infrastructure in key regions and along key routes. At the same time, let’s develop high power charging stations that can support battery electric heavy trucks and allow for high-speed charging to reduce dwell times. In short, instead of forcing everything to electrify or everything to use your fuel of choice, let’s develop the necessary technology and infrastructure then use it for the appropriate application – including taking advantage of the merits of hydrogen for long haul heavy trucking operation. In so doing, we can accelerate the proliferation of clean energy in the transportation sector, helping to achieve our climate goals and secure our future.