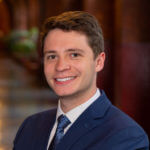 The international climate ambitions celebrated at COP26 in Glasgow collided with reality in 2022 as multiple crises—a geopolitical crisis and economic and energy crises caused by Russia’s invasion of Ukraine, and the climate crisis itself—coalesced. Coal usage increased. Developed countries, fresh off declaring restrictions to fossil fuel finance in the developing world, scrambled to secure those fossil resources for themselves. It was no surprise, then, that COP27 in Egypt offered a different tone from its rosier predecessor. Developing countries, empowered by what many see as western hypocrisy, made it clear that energy access and development would—rightfully—be the priority. Just as notably, COP had its first decarbonization theme day, focused on fossil and heavy industry decarbonization, bringing major oil and gas companies to the table for the first time, recognizing the reality that fossil fuels still provide 80% of the world’s energy, and that their use is increasing, not falling. In short, COP27 intensified an inevitable mutual recognition of climate geopolitical and physical reality. If we can face these realities head-on and work with, rather than against them, 2023 can be a critical turning point for energy system transformation and climate ambition on the road to COP28 in UAE in November.

True, with emissions still on the rise, some members of the global press (and many more scientists, government officials, and NGOs in private) reckoned that it would be “far better to acknowledge that 1.5 is dead.” But accepting this likely reality is not a call to accept the worst impacts of climate change. It should instead impel us to create durable and resilient climate strategies that can both accelerate the energy transition and prepare us for a world beyond 1.5 degrees. So, what will 2023 bring that may further disrupt the less-than-impressive trajectory of climate policy and, more importantly, of the global economy and energy system?

First, there is now strong momentum behind the continued rise of developing countries as leading voices and actors in climate policy—rather than as policy and technology takers—and behind the rightful prioritization of energy access and necessary development in those countries. COP27, and its setting in Egypt, offered African leaders the opportunity to lay out powerful visions for regional energy development and long-term decarbonization, with building blocks for indigenous innovation capacity and region-led climate strategies. Between continued crises that will strain climate finance and the increasing recognition that there will be no one-size-fits all decarbonization pathways, these region-centric strategies will become even more important in 2023. As will the voices of leaders across Africa, South Asia, and Latin America. It is no accident that 2022 initiated a massive expansion in the BRICS coalition of developing nations. Developing countries are poised to demonstrate their control over their own destinies, rather than waiting for promised “climate finance” that never materializes anywhere near the scale promised while at the same time being denied finance to address energy poverty.

This is not to say that collaboration and partnership will no longer be necessary. OECD countries’ resources and leadership—across both technology and policy innovation—will be critical to achieving decarbonization in any country. But developing countries having equal voice and enhancing their own innovative capacity will be equally important to creating a sustainable and equitable transition. After all, Western models have assumed negligible per capita energy demand growth in Africa and a decline in Asia out to 2050, essentially prescribing continued energy poverty to combat climate change. It is best that this prescription not be filled.

Second, 2023 will continue to challenge our assumptions regarding the role of fossil fuel producers and the future of the energy system. Some have expected a shift in geopolitical gravity away from traditional producers as clean energy resources pushed fossil fuels out of the market. In 2022, the crises facing the global system put those fuels front and center again—even countries most committed to climate action sought out new sources and considered or financed new infrastructure to replace lost supply, potentially locking in consumption for decades because of a single year’s disruptions. What Decarbonization Day at COP27 in part recognized is that our prophesied shift from unabated fossil fuels is, at a minimum, going to take time, and that any energy transformation will require the participation—and, indeed, some leadership—from major oil and gas producers. The appointment of Dr. Sultan al Jaber—head of UAE’s oil giant ADNOC, Minister of Technology and Industry, and climate envoy—as COP28 President augurs this theme will be front and center in Dubai.

Those major producers will continue to play a dominant role in the global energy system for years, if not decades, to come (it is also worth remembering that national oil companies, not private producers, produce a majority of the world’s oil and gas, and hold a much larger share of the world’s oil and gas reserves). Ensuring that fossil fuel use is as clean as possible and involving producing countries in climate policy will be a far more effective mitigation strategy than refusing to accept that reality. Bringing them to the table also allows for groundbreaking commitments and coalitions such as the Global Methane Pledge and the Net-Zero Producers Forum. It also supports brown-to-blue transitions—with fossil fuel infrastructure decarbonized with carbon capture and other technologies—that will be critical to decarbonization out to 2050 and beyond.

While it is good to be skeptical and look at deeds, not words, there is no doubt that there are some hopeful changes afoot. COP28’s hosts, the United Arab Emirates (UAE), is both one of the largest oil and gas producers in the world and a growing climate leader. The UAE has invested more than $50 billion into scaling clean energy globally and pledged another $50 billion by 2030—for context, a far larger share of national GDP than the U.S. Inflation Reduction Act’s $369 billion (and a multiple of the UAE’s annual oil and gas revenues of $15 Billion). True, major fossil producers may pose a risk to climate action, which makes accountability all the more important in the year ahead. But the energy system cannot be effectively or quickly transformed for the future without including the actors that control its present, along with their industrial experience and resources for scaling the solutions that we will need.

Finally, each crisis and disruption of climate ambitions over the past year has reinforced the need for multiple technology options that can insulate our climate strategies against pathway risk. 2023 will hopefully see a growing recognition of the need for more climate solutions, rather than fewer. Nuclear power had a major resurgence in climate circles in 2022, including commitments by many nations to retain and expand existing nuclear power stations, and three nuclear-focused pavilions at COP27 and a suite of major new nuclear project announcements. It will be critical that 2023 continues that momentum not just for nuclear power, but also for other critical but frequently overlooked—or explicitly excluded—technologies such as carbon capture and storage and nascent technologies like superhot rock energy. Addressing regionally diverging energy needs and challenges, as well as varying resources and capabilities on which to build, will require a broad suite of decarbonizing technologies, and more technologies will be necessary to decarbonize hard-to-abate industries, such as steel and cement, and continued fossil fuel consumption. Technology-neutral policies, enhanced investment into innovation and demonstration projects, and the creation of pioneer markets will all be critical over the next year and beyond to ensure that we have the technologies that we need in 2030, 2050, and beyond. 2022 proved the fragility of overreliance on single energy sources; technology optionality offers critical insurance for success.

Every year is the most critical year for climate—a truism that nonetheless bears repeating. But what makes 2023 even more important is its potential to further disrupt the status quo of the climate political economy for the better. Centering the developing world, involving today’s energy system actors in discussions on reaching tomorrow’s, and shifting to a more technology-inclusive vision of energy system transformation can create the conditions for a more sustainable, equitable, and achievable energy transition. 2023 can cement these shifts. For sure, there are risks of backsliding and greenwashing that will make accountability more important than ever. But COP28 will offer a unique moment to measure our progress on these and other critical changes in climate policy—on a stage set in the Middle East and hosted for the first time by a petrostate that is supplying energy that much of the world purports to shun but continues to consume in staggering quantities. After years featuring raised rhetorical ambition colliding with harsh reality, COP28 can crystallize the leadership of developing countries and shuffle the roles of traditional producers, reshaping the path toward an energy system that doesn’t destroy our climate.