Earth’s land resources are limited, meaning we must be efficient in our use of them for climate management.

CATF is identifying and promoting measures that maximize the climate benefits that result from thoughtful land use practices — from the carefully targeted use of bioenergy to smarter and more comprehensive forest management to better energy project siting. 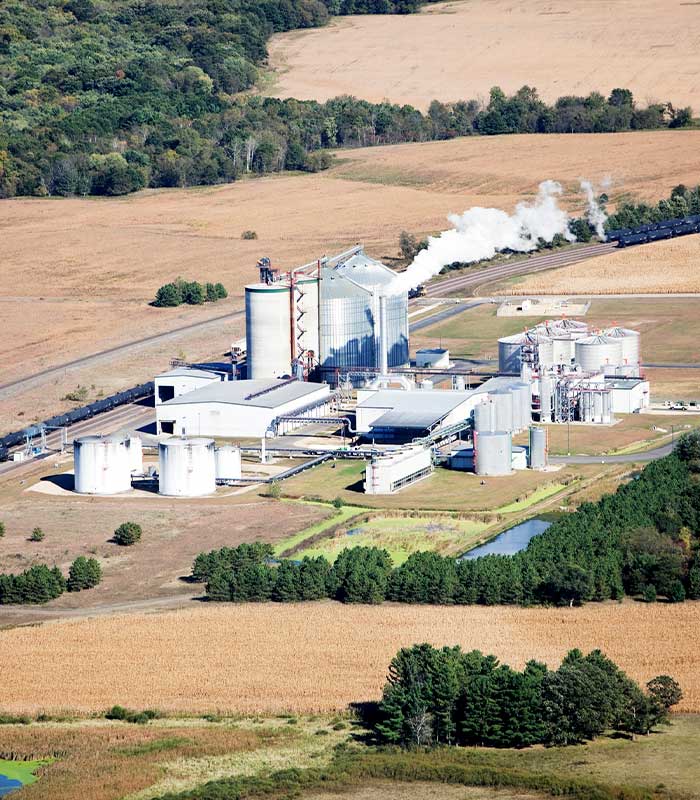 The latest in bioenergy and land use

EPA’s Report on the Environmental Impacts of Biofuels

An energy source must be massively scalable if it is going to play a leading role in the transition to zero-carbon energy—but scale presents a unique set of problems for bioenergy. Large-scale biofuel production drives up demand for commodity crops and motivates farmers around the world to convert natural land into farmland, a process that transfers soil- and plant-carbon into the atmosphere. Likewise, given the enormous volume of wood needed to fuel commercial-scale power plants, increased reliance on biomass-based power production could undermine forests’ critically important capacity to absorb carbon dioxide.

Our work in bioenergy

CATF works to ensure that policies that promote and regulate bioenergy include provisions that accurately assess and address bioenergy’s climate impact.

Our impact in bioenergy

Research, Analysis & Education: CATF partners with leading scientists and experts to analyze the full environmental and climate impacts of bioenergy. CATF has worked for over a decade to educate key decision makers, stakeholders, and other NGOs about the realities and potential risks of bioenergy.

Policy Advocacy & Litigation: CATF works to ensure that the policies that govern bioenergy properly account for the greenhouse gas emissions associated with the production and use of bioenergy. CATF attorneys have represented other non-profit client organizations in judicial proceedings and provided expert legal and technical input to Congress, U.S. EPA, and other regulatory bodies.

When CATF began examining the climate impact of biofuels in 2006, most environmental NGOs were highly supportive of the technology. CATF’s sustained, analysis-driven critique of biofuels’ climate impact eroded the environmental case for conventional biofuels and solidified opposition to the policies that subsidize their production among ENGOs and, increasingly, among key members of Congress, thus helping to prevent further expansions of biofuel subsidies.

CATF convinced the U.S. Court of Appeals for the DC Circuit to block EPA from exempting biomass emissions from Clean Air Act regulation (2013), and convinced EPA to remove biomass combustion as a compliance option in the federally administered version of the Clean Power Plan (2016), and steered Congress away from a policy that could have resulted in a 50% increase in conventional ethanol consumption (2017).

CATF promotes sustainable agriculture and climate stability by building awareness of the opportunities and risks in biofuels policies, and by partnering with leading researchers to analyze the real-world environmental impacts of biofuels.

Learn more about our work in biofuels

Research shows that the climate impact of biomass-burning power plants depends greatly on the type of biomass being burned, and that nominally “carbon neutral” biomass power systems can take many decades to produce a net climate benefit. CATF engages with scientists, policymakers, and project developers to ensure that climate change policies properly count and regulate the greenhouse gas emissions from biomass power.

Learn more about our work in biomass

CATF is dedicated to understanding and promoting climate and air quality benefits of forests. In partnership with top experts, we seek to promote policies and projects that maximize climate benefits of existing forests, manage forests sustainably for climate change mitigation, and reduce harmful air pollution.

There are many proposed uses of Earth’s land for climate benefit, including forest protection, soil sequestration, wind and solar energy siting, geothermal energy, energy cropping for biofuels, bioenergy with carbon capture, active forest management to supply wood products to displace higher energy commodities, mineral extraction for advanced energy technology, and afforestation. These uses are largely initiated and governed without regard to a full assessment of climate impact and potential alternative climate-beneficial uses. But land, especially biologically productive land, is a finite resource. We need to make the most of it.

CATF is designing and pursuing research and dialogues to assess the net impact of various land-consuming climate technologies, practices, and policies on climate change at different time-steps, as well as tradeoffs among land uses. Based on these assessments, CATF will develop and advocate for policies that maximize the climate change mitigation use of land, while taking account of other important economic, environmental, social, and cultural considerations.

CATF comments on biomass and BSER in ACE proposal

Meet our experts working in bioenergy