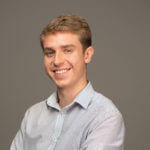 On the 27th and 28th of October, representatives of the EU institutions, Member States, NGOs, business leaders, and academia met at the Carbon Capture Utilisation and Storage (CCUS) Forum, where stakeholders, representatives of the EU institutions and EU Member States discussed how to best deploy carbon capture in order to ensure Europe meets its climate goals. Last year’s CCUS Forum was followed by a year of momentum for carbon capture in Europe. European nations are developing policies and supporting the development of a record 73 projects across the continent.

To continue this momentum, the European Commission deepened the format of the CCUS Forum by establishing three working groups to deliver a strategic vision for carbon capture development in Europe and ensure discussions and exchange among stakeholders. Within this expanded format, Clean Air Task Force took part in the two-day Forum in Oslo as co-chair of the Vision working group.

The headline grabbing highlight from this event was the announcement that the Commission will be releasing a communication on a strategic vision for carbon capture in Europe in the Spring of 2023. But let’s go beyond the headlines and take a look at some of the key takeaways from this year’s CCUS Forum:

“I believe that CCUS has incredible potential in our race to reach climate neutrality. And without CCS and CCU, it will be practically impossible to limit the global warming to the 1.5 degrees Celsius objective.” – Kadri Simson, EU Commissioner for Energy

The importance of carbon capture for the achievement of Europe’s climate targets was made clear by the Commissioner in her opening keynote speech at the Forum. This point was further emphasised by Professor Christopher Jones of the Florence School of Regulation with the slogan “no CCUS, no Green Deal.” The Commissioner cited the EU’s climate modelling which “shows a need to capture and utilise or store between 300 and 640 million tonnes of carbon dioxide per year by 2050 to meet its climate goals.” This is in line with both Intergovernmental Panel on Climate Change (IPCC) and the International Energy Agency (IEA) modelling for Europe, which state the need for 637 Mt and 350 Mt of CO2 captured respectively.

The Commissioner outlined that the forthcoming Communication will aim to quantify the potential role of carbon capture, utilisation, and storage, clarify the rules governing CO2 infrastructure, and look for ways to better involve industry and other stakeholders. In order to accelerate the deployment of carbon capture in Europe, a clear vision is needed to provide direction and confidence to the sector, while addressing the issues of funding, infrastructure, and regulation which have held back these technologies to date, with deployment far behind the pace required.

Carbon removals will also be needed for the EU to meet its climate targets and as Oliver Geden, Senior Fellow at Stiftung Wissenschaft und Politik and Lead Author of the IPCC AR6 stated, “If you have a net zero target then you are already committed to carbon removal, otherwise it is a zero emissions target.” This reflects the need for residual emissions to be removed with technologies such as direct air capture with carbon storage (DACCS) and biomass with carbon capture and storage (BECCS). In this regulatory space, the recently released EU proposal for a Carbon Removal Certification Framework is a welcome step. The challenge facing the removals industry is substantial: the number of operational facilities delivering permanent carbon removals is almost non-existent today, and they will need to rapidly reach gigatonne scale globally by 2050.

“When we have new technologies and projects it is related with concerns, broadening the awareness of CCS projects is key to the success of projects.” – Agnieszka Baran, Project ECO2PL

While momentum has been growing for carbon capture, the industry still needs to scale up a hundredfold by 2050 to play its essential role in limiting global temperature rise. Christopher Davies put this in context by describing the “need to build a 400,000-tonne [CO2 per year] capacity plant every 8 days between now and 2050 to achieve the EU’s climate targets.” Delivering a keynote speech on day two, Brad Crabtree, Assistant Secretary for Fossil Energy and Carbon Management at the U.S. Department of Energy, highlighted how “the biggest barrier to deployment, whether in the U.S. or Europe, is cost” and that, to bring these costs down there is a need for “projects, projects, projects.”

The recent doubling of the EU’s Innovation Fund to €3 billion for its third call is welcome news for project developers. The Innovation Fund has already selected a total of 11 carbon capture, utilisation, and storage projects for significant funding under its first two calls. However, this can only go so far in addressing the €10 billion funding gap for announced projects. To support project development, there is a need for new industrial partnerships along with incentives that can support the carbon capture ‘hub’ approach for scalable climate impact. While the need for large-scale projects was evident, an ongoing role for research and development was also emphasised as a means to scale-up the technology and to lower costs.

Forum speakers also emphasised that ensuring public support and acceptance for carbon capture will be vital. Georg Indrevik, mayor of the town of Øygarden, home to the Northern Lights project and its associated visitor centre, spoke about the need to ensure transparency and ensure “everything is open book.” Addressing public concerns around the safety of these technologies will be paramount: communicating clearly that carbon capture is a safe, effective, and needed method of climate change mitigation, can help bring people onside and ensure that projects overcome development hurdles.

3. There is a need to scale the whole carbon capture value chain and tackle the ‘chicken-and-egg’ challenge.

“Europe has great possibility and potential for storage. However, the uptake is all too slow, and we have the chicken-and-egg problem.” – Per-Olof Granström, EU Director, the Zero Emissions Platform

The ‘chicken and egg’ paradox was cited repeatedly to illustrate a particular challenge for carbon capture and storage, reflecting the need to scale the full value chain. A capture plant will not start operating until the captured CO2 can be transported and then permanently stored at a storage site. And developers of storage facilities wait to invest until they know that there will be captured CO2 for them to store. CATF’s analysis estimates that by 2030 the available storage capacity in Europe will cover only half of the volume of captured CO2. To solve this, there must be a concerted, whole-sector approach to carbon capture development and deployment, connecting emitters with the transport and storage operators, the EU and Member States, to ensure that projects develop as one. As put by Pavan Chilukuri, CCUS Lead at Holcim, there is a need for “a common public infrastructure for CO2 transport and storage”, as industries where carbon capture will be required do not have specialisation in CO2 storage or transport. Europe-wide infrastructure can solve this problem, but it must be supported by policies such as amendments to the TEN-T regulation to include multiple modalities for the transport of CO2.

Norway’s Longship project, which is sponsored by the Norwegian government, aims to solve this problem by supporting the whole value chain of CO2 capture, transport, and storage. Captured emissions from sources such as Norcem’s Brevik cement plant or Celsio’s energy recovery plant in Oslo will be transported by tankship and stored deep underground using Northern Lights’ open-access CO2 transport and storage infrastructure. The estimated storage capacity in the Norwegian North Sea amounts to around 70 billion tonnes of CO2. Nonetheless, the need to explore other storage areas in Europe and the value of an Europe-wide atlas for CO2 storage sites were highlighted. A storage atlas would aid countries and project developers without ready access to the North Sea in easily identifying and assessing potential storage sites.

4. There is a need for a new regulatory framework for the transport of CO2.

“Standardisation: It’s crucial. It’s even more important when looking at project delivery. It simplifies communication so everyone knows what to do and how to do it.” – Bastian Gerstner-Riewer, Head of Project Development, Mitsubishi Heavy Industries

Due to the uneven distribution of storage sites across Europe, there is a need for mutually compatible and flexible trans-European infrastructure for the transport of CO2. Along with this infrastructure, cross-border cooperation – both between Member States and with non-member countries – will be essential in ensuring that all EU countries have access to CO2 storage sites, enabling carbon capture technologies to develop and ensuring a level playing field across the EU. Presently, there is a patchwork of regulations across the EU which make it harder for CO2 transport projects to begin due to regulatory uncertainty.

Closing legal gaps will “give certainty and enable business models for early movers to work,” said Veronika Elgart, Deputy Head of the Rio Conventions Section at the Swiss Federal Office for the Environment. Transport networks will help to reduce the costs associated with these projects through economies of scale, as well as reducing risks by providing a wider portfolio of sinks and sources.

It will be important for these networks to be developed in a coordinated and harmonised manner with compatible regulatory protocols, the Trans-European Transport Network (TEN-T) and the Trans-European Network for Energy (TEN-E), and ensure that standardisation and trust are maintained across the carbon capture value chain.

5. Carbon capture will be required for Europe’s industries to remain competitive.

“Two-thirds of our emissions are process emissions… so it is absolutely clear we need CCUS in our process.” – Winston Beck, Head of Government Affairs, Heidelberg Materials

Carbon capture is often the cheapest and in some cases, the only option for the decarbonisation of energy-intensive industries, some of which have process emissions that are practically impossible to decarbonise with renewable energy. These include vital sectors such as the cement, steel, fertiliser and chemical production industries. Demand for concrete and steel, for example, is only set to increase in the coming years.

Keeping EU industries competitive will be conditional on ensuring that they decarbonise and align with the EU’s climate targets. Carbon capture will also be vital in creating a low-carbon hydrogen industry in Europe, decarbonising the existing hydrogen infrastructure, and allowing for the creation of more low-carbon hydrogen production, while renewable energy capacity is increased, first to decarbonize the electricity grid, and then to facilitate renewable hydrogen production.

“We are happy that a strategy is going to be developed for carbon capture, utilisation, and storage. But it needs to be very clear and very ambitious.” – Liv Rathe, Director, Norske Hydro

The news of a Communication on a strategic vision for carbon capture, utilisation, and storage is welcome and shows that carbon capture is firmly on the EU agenda. It is imperative that the Communication include targets, volumes, and timelines to drive carbon capture forward at the pace necessary. Johan Borje of Stockholm Exergi described the current regulatory and market landscape in Europe as in a “kindergarten phase;” to graduate carbon capture out of this phase an EU strategy is required.

CATF has outlined what a comprehensive policy framework for carbon capture and storage in Europe could look like here. Such a strategy would provide the direction of travel for carbon capture with a European objective that catalyses projects, research and development, and industrial partnerships. It was clear from the deliberations that any such strategy should complement the already existing Directive on CO2 Storage and other relevant EU policies.

Momentum and enthusiasm are clearly building in the sector; however, time is of the essence, and in the words of Commissioner Simson, “the potential impact of these technologies is too important to leave to chance.”