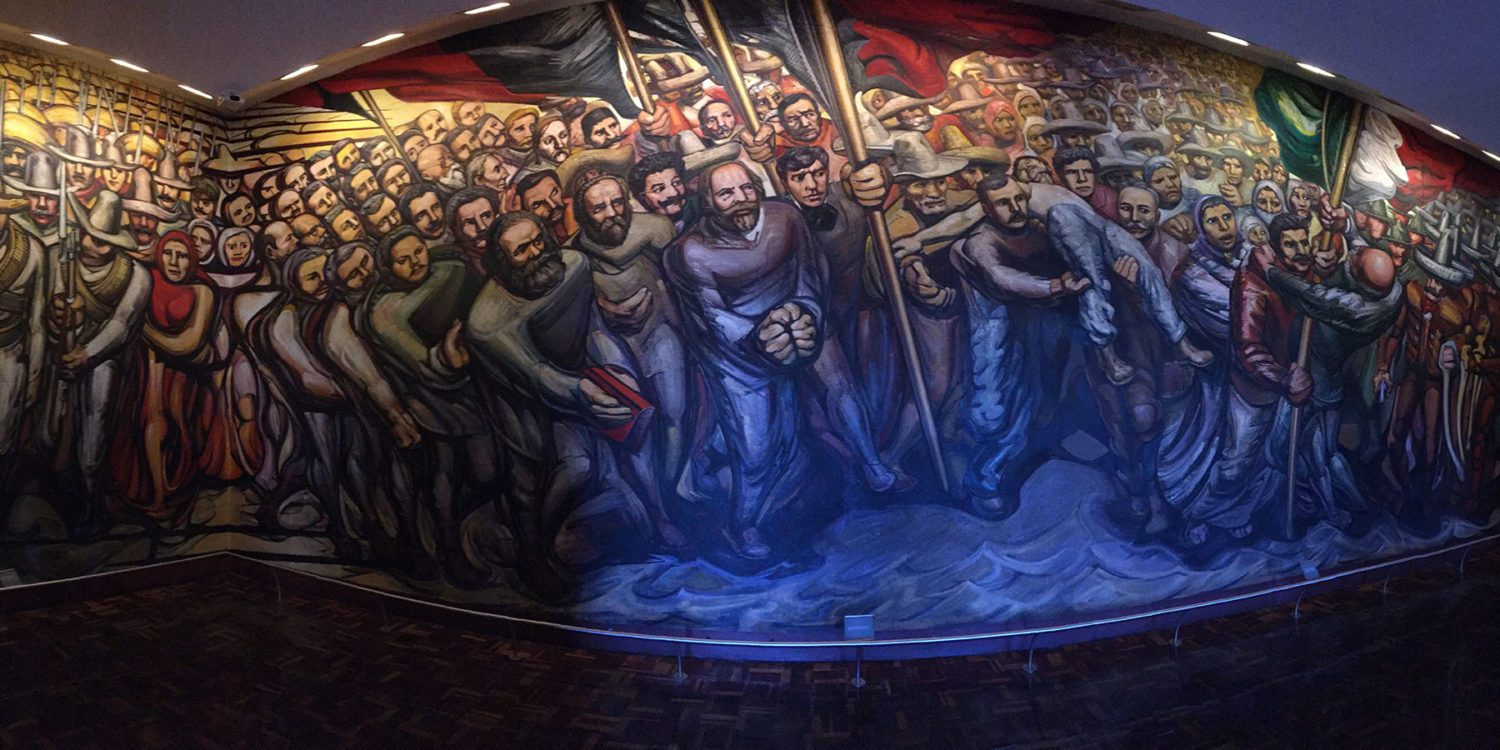 The alarm rang at 3:15 am. Of course, I didn’t get the text from the airline that my flight was delayed till I was already in the cab to the airport. A one-hour delay meant my connection in Newark was going to be tight, real tight. Like sprinting through the airport, yelling at the gate agent to hold the door open, kind of tight. I was headed to Mexico City, a trip I’ve done countless times over the last two and a half years. Along with my good friend and colleague, Pablo Lopez at the Center for Clean Air Policy (CCAP), I direct a project with the Mexican government, developing new policies to dramatically cut methane pollution from the Mexican oil and gas sector.

This project got its launch when Canada, Mexico and the US agreed at the North American Leaders Summit to cut Methane pollution by 40-45%. CATF worked closely with Canada to help them finalize strong methane regulations earlier this year that will meet the NALS agreement. And with our colleagues at CCAP, we launched a project in Mexico to build technical and legal capacity with a newly formed agency tasked with regulating the oil and gas industry, the Agencia de Seguridad, Energía y Ambiente (ASEA), as well as SEMARNAT, the environment ministry, and SENER, the Energy Ministry.

The project started slowly. A workshop here and there, but no sense as to whether we would be successful. But below the radar, things started happening. As the relationship between CATF, CCAP and ASEA grew, we began to see major progress. We brought in regulators from Canada, Alberta, California, Colorado and the US government; people who were trying to address the same issues Mexico was. Together, we developed an extensive pre-regulatory text that laid out the myriad of problems and impacts of methane pollution and the technical solutions to them. We held dozens and dozens of working group meetings, conference calls, video calls, and innumerable WhatsApp discussions (the preferred way of communicating in most of the world). My Mexican collaborators became much more than a group of government bureaucrats I was working with, they became my close friends. Working with our Mexican colleagues and friends has been one of the highlights of my career.

The reason I was headed to Mexico City again was for the culmination of this project. The Mexican regulations have been finalized, a cause for celebration! The Executive Director of ASEA, Carlos de Regules, invited Pablo and me down to an event to publicly finalize the regulations and to thank all of those who helped make this happen. Unfortunately, in the world of climate change, we so seldom have a reason to celebrate. The science keeps telling us we need to do more and policy makers, especially in the U.S., keep doing a lot less than “more”. But Mexico’s success in finalizing these regulations is a success for the planet, one that can be imitated around the world and have a dramatic impact: cutting methane pollution utilizing simply the technologies that are cost neutral would be the same as immediately shutting down all the coal plants in China!

Mexico’s regulations are based on the latest science and technologies for abatement reflected in the recent International Energy Association study which detailed the path to a 75% reduction in methane emissions. New technologies are rapidly being developed and deployed, opening the door to even deeper reductions in the future. The reductions in methane emissions will help Mexico meet its targets for the Paris Climate Accords and will serve as an example to other oil and gas producing nations as to what is doable to cut methane pollution. With Mexico and Canada’s rules in place now, combined with regulations in California and Colorado, 45% of oil production and 27% of gas production in North America occurs in locations with comprehensive methane standards.

Mexico’s finalized regulations will make the best practices in the sector, the norm. The standards include:

While Mexico’s leadership is a cause for celebration, there may be a lot more to celebrate in the coming years. Countries like Argentina, Australia, Chad, Chile, Colombia, Cote d’Ivoire, Italy, Netherlands, Nigeria, Norway, Philippines, and the United Kingdom have committed to developing policies for methane abatement in the oil and gas sector. CATF has already started working with Colombia, Argentina and Nigeria to replicate the successful process we have seen in Mexico. In the coming years, we expect many opportunities to raise a glass and celebrate success. Today it’s mezcal, tomorrow aguardiente, then a Malbec, and then … ¡Salud!