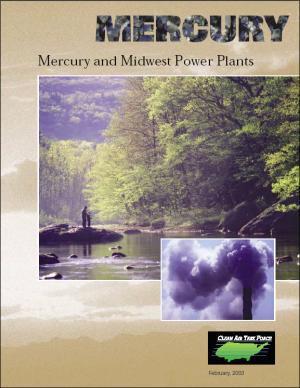 Residents in the Midwest share a rich tradition of outdoor recreation in our forests, lakes and rivers. However, we also share a common threat to these traditions: mercury from coal-fired power plants. Across the United States, including the Great Lakes region, mercury pollution has contaminated freshwater and saltwater fish. This contamination poses health risks to the people and wildlife consuming these fish and threatens the multibillion-dollar recreational and commercial fishing industries. State health departments in 44 states, including all of the Great Lakes states, have issued advisories warning the public about eating certain species of fish from thousands of water bodies.

How are our rivers and lakes becoming contaminated? The source of the mercury pollution is primarily the atmosphere: it is literally raining mercury. According to researchers, nearly 80 percent of the mercury entering Lake Michigan rained from the atmosphere, while about 17 percent flowed in by river (the rest being unaccounted for). This fact sheet describes where mercury pollution comes from, where it goes and how it affects our health, environment and economy.