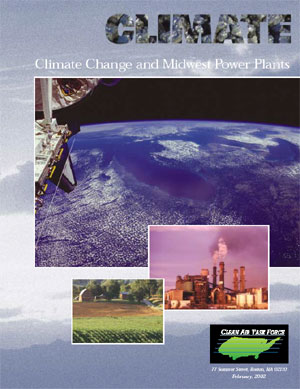 Our climate is an ever-changing natural system of complexly linked relationships between the atmosphere, the land and the oceans. But as population has spiraled upward in the past century, our use of energy and other resources has disrupted the delicate balance in the Earth’s systems. We must begin to right this imbalance.

While our climate has always been dynamic and characterized by change, the dramatic alterations occurring in the atmosphere and oceans are now clearly outside of the realm of natural variations. In particular, human use of fossil fuels has begun to change the fundamental composition of the atmosphere in many ways, causing it to more effectively trap solar radiation, leading to the one degree Fahrenheit increase in global mean temperature measured in the past century. Manmade carbon dioxide that has already accumulated in the atmosphere will continue to warm our planet for many decades  if not centuries  to come. Even the most aggressive emissions reductions scenarios examined by researchers may be unable to stem a further warming of the next few degrees but we can begin today to reverse this trend. In the United States, warming may manifest in climate changes that some argue could be accommodated by adaptation. Indeed in some regions, including the Midwest, there may even be some benefits (for example, increased yields in some crops). However, if we do not begin to reverse this trend by taking aggressive action to reduce future carbon emissions, scientists predict future increases in temperature of 5 to10 °F. This magnitude of warming is predicted to result in more severe consequences in our region and around the country. Moreover, while developed nations such as the United States may have the ability to partially adapt to the smaller changes in climate, the outlook for the poorest developing countries is dire in all plausible future carbon emissions scenarios.

Scraping the "Bottom of the Barrel" for Power: Why there is No Need to Relax Clean Air Safeguards on Dirty Power Plants to "Keep the Lights On"