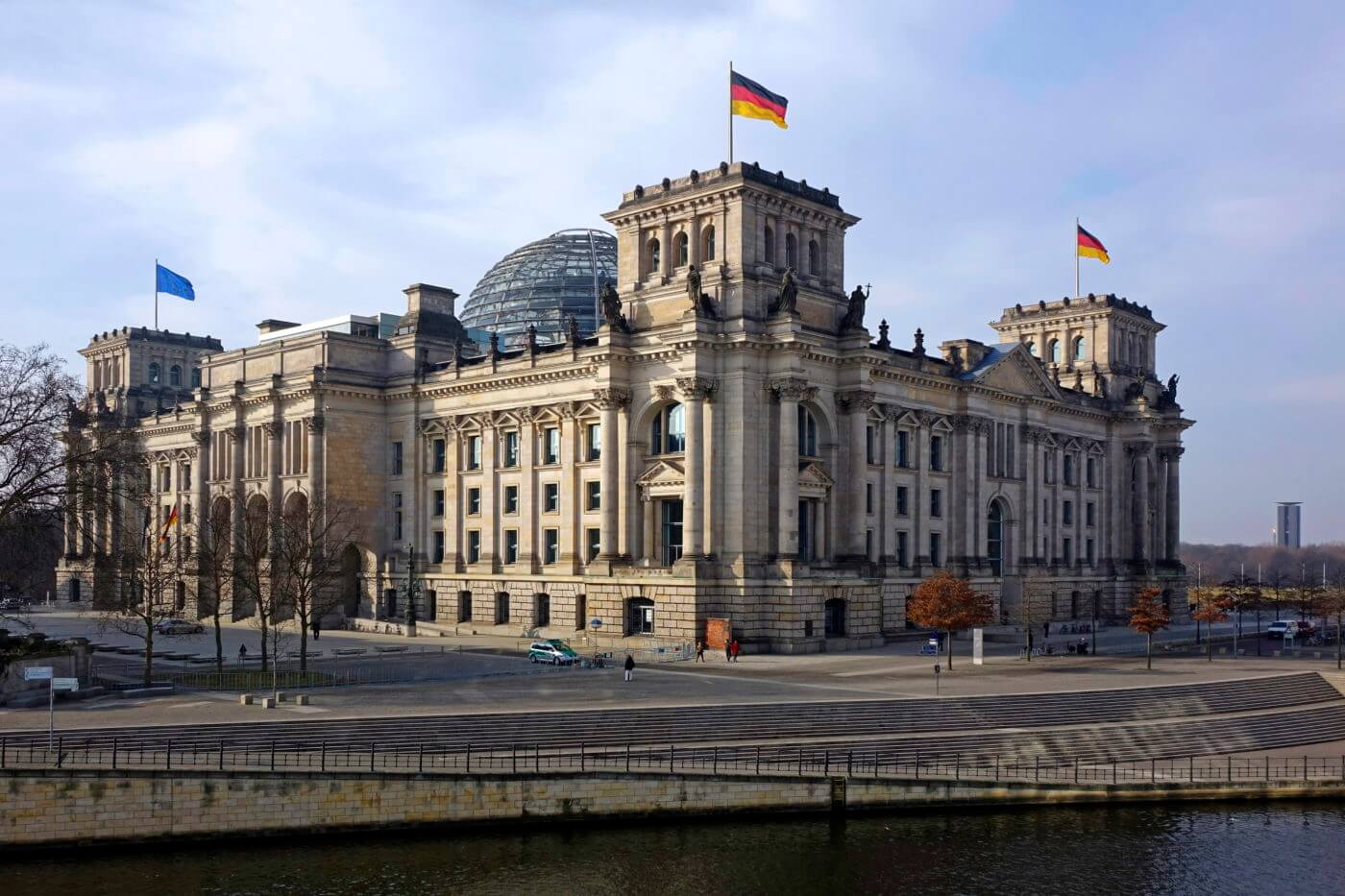 According to the leading studies outlining Germany’s path to climate neutrality in 2045, carbon management technologies, like carbon capture and storage and direct air capture, will play an important role in remaking the country’s energy system.  As covered in a previous post, Germany’s industrial sector, which represent approximately 20% of Germany’s emissions currently lacks the impetus to make the investments in technologies like carbon management, while at the same time Germany’s plans to develop a hydrogen economy, construct new gas-fired power stations and work to develop permanent carbon removal technologies means carbon management must be put on the table to ensure Germany’s emissions sufficiently decrease.

A carbon management strategy is sorely needed to provide a proper vision and political support for these vital technologies. In recent weeks, the Ministry for Economic Affairs and Climate Action (BMWK) has revealed they now plan to do exactly that. In addition, the BMWK has published details of a planned Carbon Contracts for Difference (CCfD) scheme which will make public funds available to industrial emitters looking to finance carbon capture and storage projects, as has already been done in the Netherlands. The CCfD scheme is designed to provide much of the financial support from the Federal Government as it seeks to accelerate industrial decarbonization in the coming weeks. However, while financial support is critical, a more holistic approach to achieve significant progress in carbon management development and industrial decarbonization must be developed. Carbon management development in Germany must be considered in a cross-border, regional and international context, which will require careful coordination and planning by the Federal Government.

This post aims to give a vision of what a German Carbon Management Strategy should look like.

The Federal Government has already created a precedent for developing new mitigation technologies in the energy and industrial sector. The National Hydrogen Strategy, for example, provides a clear pathway to reaching full-scale development of a hydrogen economy, with a range of targets and over 30 specific measures that include production and application, research, infrastructure development and coordination at the European and international level. Although the strategy aims at promoting hydrogen technology in order to obtain the critical mass needed to decarbonise initial sectors, it falls short in providing support for technology optionality which will be needed to boost domestic generation of low-carbon hydrogen.

A national Carbon Management Strategy could follow a similar approach, providing sufficient recognition of the importance and opportunities provided by carbon management, while also enabling stakeholders to participate actively to ensure carbon management is developed in line with Germany’s climate strategy.

A National Carbon Management Strategy should include five core components:

The primary aim of a carbon management strategy should be to set a clear path and lend political recognition for development of carbon management in Germany. This could be in the form of targets and deadlines for an amount of CO2 to be captured and stored each year. For example, Denmark has set a target to capture and store 0.4 million tonnes in 2025 and 0.9 million tonnes in 2030, with just over €2 billion set aside to achieve this goal.

Three major climate studies, from the Bundesverband der deutschen Industrie (BDI), deutsche energie Agentur (dena) and the Ariadne project, in Germany have outlined that carbon capture and storage projects will already need to be capturing and storing between 1-4 million tons of CO2 per year in Germany by 2030, if pathways to reaching climate neutrality by 2045 are to be achieved. But the fact that all of the leading climate scenarios indicate between 29-74 million tons of CO2 will need to be captured and stored each year by 2045, means a rapid scale up of carbon management will be needed in the 2030s. To achieve this, momentum in carbon management development Germany will need to be accelerated by the end of this decade.

Clear targets and milestones for carbon management development, consistent with independent, long-term modelling of economy-wide decarbonisation scenarios must therefore be set by the German Government.

2. Establish sectors of the economy where carbon management must be prioritised

Although carbon capture and storage can be used in various applications, its need is greater in some sectors than others. In cement production, for example, there are no alternatives to reduce emissions so carbon management technology is needed to achieve climate goals. Also in refineries, stationary post-combustion and especially process emissions mitigation can only be achieved through the effective deployment of carbon capture and storage technology, whereas for other sectors, such as steel, it is one option to be tested amongst others. Without the development of commercial-scale projects, this uncertainty will delay carbon management build out at the scale needed to meet climate targets.

By contrast, for carbon removal technologies like direct air capture and bioenergy with carbon capture and storage, decisions must be made about how to scale these technologies, so that they do not disrupt the focus on reducing emissions. Focus on ensuring that removals are only deemed such when they are real, measurable and permanent is paramount. Accordingly, while a recent report by the Mercator Research Institute on Global Commons and Climate Change and Potsdam Institute for Climate Impact Research assessed that carbon removal technologies will play a crucial role in Germany’s net-zero and future negative emissions goals, clarification is needed on how much carbon removal will be required in Germany over the coming decades so that they do not compromise the overall climate effort as a result of moral hazard.

By taking proactive steps to outline explicitly how the technology is to be used, the German Government can develop societal support for it, which will be crucial for scaling up its deployment.

3. Include participation from across civil society

Effective climate action requires participation and buy-in from stakeholders across the whole society. Developing carbon management is no different in this regard. The Netherlands has already set a precent involving civil society in a strategy to decarbonise industry with carbon management. In forming the Dutch Climate Agreement (Klimaatakkoord), working groups including industry were formed which included labour unions, industry, environmental groups, local and regional representatives, and other stakeholders with various levels of support for carbon capture and storage. Cross-societal deliberation through a poldering process enabled a consensus to emerge by setting clear targets for the largest emitters in the Netherlands to meet reductions in emissions using a portfolio of solutions, including carbon capture and storage.

By allowing a clear, transparent process to emerge allowing for active involvement of civil society, the German Government can ensure carbon management can develop as a tool to tackle climate with the support of wider German society.

At the core of the carbon management question is the need for major infrastructural investments. Once CO2 has been captured, from a point source or the ambient air, it must also be stored for the climate benefit to be obtained. However, without access to key transport options such as pipelines or ships, transporting captured CO2 to a geological storage site is simply not possible. Creating open-access, CO2 transport networks is a key action which governments can take to achieve deep reductions in emissions and ensure a climate-neutral industry can flourish. Germany is no exception to this, as major industrial regions in Germany like North Rhine Westphalia and Baden Württemberg, which contain large point sources of CO2 emissions, have no access to CO2 infrastructure.

However, there are signs this could change. A recently proposed CO2 Network by Open Grid Europe (Figure 2) would first provide close to 1000 km of pipeline across western and northern Germany, capable of transporting 18.8 million tons of CO2 per year, potentially expanding nationwide. This would join the planned CO2 export terminal at Wilhelmshaven, allowing for cross-border transport of CO2 where it could be stored in Norway or Denmark.

Realising key infrastructural developments like the CO2 Network would greatly enhance the German Government’s commitment to promote and support regional decarbonisation clusters (Transformationscluster) in the coalition agreement, providing a realistic pathway for key industries to become climate-neutral by enabling them to access the infrastructure they need. Indeed, the German Government need only look to the Carbon Management Strategy of North Rhine Westphalia as a template, where the need for shared CO2 infrastructure development is central to decarbonise the two major industrial clusters in the region. Formulating a well-co-ordinated plan to transform Germany’s industry to a climate-neutral one will require an active role for the Federal Government to ensure open-access to shared CO2 infrastructure.

After a series of carbon management project announcements in Europe, which CATF continues to track, a strategy to develop carbon management should include proactive steps to engage with other European countries in developing a carbon management industry on the continent. Within the single market, cross-border cooperation on CO2 transport and storage is essential for climate action and has achieved significant support by a broad coalition of NGO and industry stakeholders in the Netherlands, Belgium and Germany.

Establishing clear and robust bilateral cooperation with other states in Europe is key to a future German carbon management strategy.  Steps have already been taken by other EU Member States like the Netherlands, to provide clear political and financial support for cross-border CO2 pipeline developments like the Delta Corridor. Indeed, given the immense barriers to storing CO2 in Germany, any recipients of CO2 transport and storage subsidies under the forthcoming CCfD scheme in Germany would require close international cooperation, as these carbon capture and storage projects would inevitably require a cross-border element in their design.

In recent months, the German Government has recognised the need for international cooperation on carbon management, committing with the Norwegian Government to “ensure environmental and climate integrity [of imports of blue hydrogen] by establishing for example the highest possible standards for Carbon Capture and Storage.” Now is the time to extend this cooperation by working with other Member States who have recognized the integral of role carbon management in their climate plans, and advocate for an EU Carbon Management Strategy.

The ongoing energy crisis in Germany has exposed the problem with a decades-long overreliance on Russian fossil gas imports. More broadly however, it has shown pathway resiliency is critical to reduce risks. Achieving climate neutrality by 2045 is no different. As the scientific consensus clearly shows, if Germany is to reach its domestic climate goals, everything must be on the table, including carbon management development.

Over this two-part series, five key reasons were shown why a carbon management strategy for Germany must become an essential component of German climate and industrial policy. Five ways in which this strategy can achieve this were also provided.

As a 2021 report from Stiftung Klimaneutralität, Agora Energiewende, Agora Verkehrswende outlines, the development of a carbon capture and storage strategy is one of the top 50 recommendations for the current government. Now is the time for the ‘traffic light coalition’ to do it.

The Supreme Court’s decision in West Virginia v. EPA: the good, the bad, and the ugly