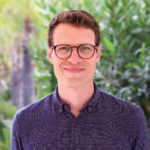 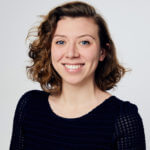 While California has made many laudable strides in tackling climate change, it’s clear there’s much to do and little time to do it. The state is a leader in climate and clean energy policy with goals of 100% zero-carbon electricity sales and economy-wide net-zero greenhouse gas emissions by 2045. The California State Legislature raised the bar again in 2022, setting interim goals of 90% zero-carbon electricity sales by 2035 and 95% by 2040. In terms of time needed to plan and build major clean energy infrastructure, 2035 and 2045 are just around the corner and meeting its goals in this timeframe requires planning and action now.

The California Air Resources Board projects that meeting the state’s clean energy targets will require electricity generation capacity nearly four times larger than today’s. Five gigawatts (GW) of utility-scale solar must be built every year for the next 20 years, which is five times faster than today’s rate. And batteries capable of storing large quantities of clean electricity must be built several times faster than current rates.

If California is to achieve its clean energy targets while meeting the state’s energy demand, it must deploy a range of infrastructure projects much more quickly than it has in the past, especially as these projects can take longer than expected to build. Take the Topaz Solar Farm, for example. This is one of California’s – and the world’s – largest solar farms, and it took six years to construct and begin operating.

The state estimates it would need the equivalent of 180 similar projects to reach its 2045 goals of 100% zero-carbon electricity sales and economy-wide net-zero greenhouse gas emissions. More projects mean steeper competition for suitable land, more time investment to engage with local communities, and greater need for upgraded and new transmission lines. The longer it takes to get clean energy projects underway, the steeper the climb to reach net-zero emissions.

Growing the grid: California needs a comprehensive plan to chart its path forward toward a clean energy future

Transforming the energy system of the world’s fifth largest economy in the next two decades won’t be easy, but it’s essential. Californians deserve cleaner air, healthier communities, and good jobs that a move toward clean energy provides. California has risen to the challenge in the past and is well-positioned to do so now. This means developing and deploying diverse clean energy technologies as soon as possible – but how do we do it?

In a new report by CATF and Environmental Defense Fund, we identified the challenges California faces and outlined recommendations to facilitate the clean energy transition. In short, we advise what anyone would when tackling a task as monumental as building the interstate highway system, putting a man on the moon, or hosting Thanksgiving dinner: make a plan. The full list of recommendations include:

The challenges to clean such a broad and sustained transformation of energy infrastructure in the state are myriad, and if left unchecked could slow clean energy deployment. Some we know: permitting projects takes far longer than it should; clean energy infrastructure planning is too short-sighted; communities are not consulted enough about major projects in their neighborhoods. And there are many we don’t. And yet, we must proceed.

California’s climate leadership is commendable, and the state can continue to set an example for the rest of the world. The billions of dollars of financial support for clean energy made available by the Inflation Reduction Act, the largest federal climate action in history, create even more opportunity for progress. If past is prologue, there’s nothing stopping California from decades more climate leadership.

At COP27 in Egypt, a spotlight on the opportunity for Middle Eastern and North African leadership