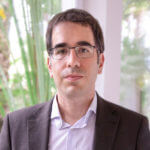 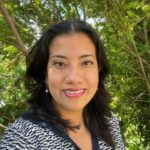 On September 26, three separate ruptures were discovered in natural gas lines off the coast of Denmark, resulting in an unprecedented methane super emitting event.

The two major pipelines (consisting each of two different lines) — Nord Stream 1 and Nord Stream 2 — were built to deliver natural gas from Russia to Germany under the Baltic Sea. The approximately 1,200 kilometer pipelines contained significant amounts of methane, the primary component of natural gas.

Initial estimates vary widely, but the Nord Stream leaks may represent the largest single methane emitting event ever recorded. Based on information provided by Nord Stream AG, the primary operator of the pipelines, the total gas lost from each pipeline could be as high as 170-190 kilotonnes of methane, meaning that if all three pipelines lost all their gas, more than 500 kilotonnes of methane were leaked within a week. If all this gas made it into the atmosphere, this would have the same climate impact over the next two decades as a year’s emissions from almost 9 million passenger cars.

For comparison, a 2015 leak in Aliso Canyon, California — generally considered the largest leak in history — was estimated to have leaked around 97 kilotonnes of methane into the atmosphere over a three-and-a-half-month period.

On October 2, five days after the initial leaks were reported, the Danish government announced that the leaks had stopped. While the reason behind the ruptures remains unclear, and the portion of leaked gas entering the atmosphere isn’t known precisely, the climate impact of this event cannot be ignored.

Why is methane pollution a problem for the climate?

Methane — which accounts for more than 90% of the gas in the Nord Stream pipelines — is a potent greenhouse gas that has more than 80 times the climate impact of carbon dioxide over a 20-year period. Due to its short-lived nature, mitigating methane emissions is critical to reduce the amount of global warming we’ll experience in the next 20 to 30 years, a crucial timeframe for avoiding passing irreversible climate tipping points.

Methane gas also contributes to the formation of ground level ozone, which can lead to premature death due to respiratory and cardiovascular diseases. According to the Global Methane Assessment, every million tonnes of methane emissions eliminated would prevent 1,400 premature deaths and 4,300 asthma-related emergencies per year.

Why is it difficult to calculate the total amount of methane that leaked into the atmosphere?

Although methane-detecting satellite technologies have improved in recent years — allowing spaceborne instruments to detect and quantify large methane emissions events anywhere in the world — the specific circumstances around this leak present unique challenges. Because the ruptures occurred so quickly, there was little time to use aerial surveillance, such as drones, helicopters or planes outfitted with remote sensing instruments, to characterize the emissions plume. In addition, the events location in northern latitudes during a cloudy time of the year made it difficult for satellites to observe the leakage area, and many satellite instruments have difficulty observing methane plumes over oceans.

The underwater location of the leak creates additional challenges in estimating its global warming impact. If methane is absorbed by microbes or dissolved in the water, the amount of methane that makes it to sea surface can be much smaller, but the amount absorbed varies greatly depending on factors like water temperature and microbial concentration. The depth of the leak and the size of the methane bubbles also play a role in the dissolution of methane in water.

The latest methane emission estimates based on empirical data from atmospheric monitoring towers across Northern Europe suggests the total gas lost could range from 56 to 155 kilotonnes. But to accurately estimate the amount of methane leaked, we will need a lot more information — and we will know more when the Nord Stream operator publishes exact figures for the lost gas volume.

What is the fastest way to reduce methane emissions in the future? How do methane leaks from the oil and gas industry compare to large emissions events?

Unfortunately, because these emissions come from many much smaller incidents, they largely go unnoticed and unmitigated. CATF has documented hundreds of these smaller methane emissions events around Europe for the past 18 months, while other teams have done similar work in the US, Canada and Latin America.

The good news is that we can cut up to 85% of methane emissions from the oil and gas sector with the technology we have today — like targeted policy, tightened regulation, and the deployment of improved technology. Methane remains wildly under-regulated, which means these available fixes aren’t being implemented or enforced, and CATF is pushing for smart methane legislation all over the world.

The relative magnitude of large emissions events like pipeline ruptures highlights an enormous opportunity to reduce millions of tonnes of methane from the oil and gas sector — using readily available solutions. As policymakers move to pass and implement comprehensive methane policy, the Nord Stream leaks should serve as a catalyst towards stronger regulations, improved financing mechanisms, and more rapid action to mitigate this harmful super pollutant.