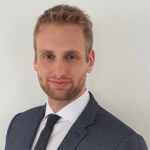 This is part two of a series of posts exploring CCfDs. Please read an introduction to this policy mechanism in part one: Why Carbon Contracts for Difference could be the policy measure Europe needs to decarbonise industry

With the proposed revision of the EU Emissions Trading System (ETS) Directive over a year ago, the European Commission put Carbon Contracts for Difference (CCfDs) on the map. The Commission recognized that “with regard to low-carbon funding mechanisms, stakeholders generally welcome […] the introduction of additional supporting instruments such as carbon contracts for difference” and that “the ETS revision [presents] an opportunity to widen the portfolio of financing instruments” by extending the scope of the Innovation Fund.

The Innovation Fund has been established as the EU’s flagship funding programme for innovative low-carbon technologies. Now, with the proposed revision, the fund should lend support to the uptake of low-carbon projects through competitive tendering mechanisms such as CCfDs.

There is currently broad consensus among EU policymakers to strengthen the EU’s Emissions Trading System by tightening the emissions cap and increasing the carbon price. While the instrument had almost entirely been written off before its fundamental overhaul in 2018, today, the EU ETS is widely regarded as the most important pillar in the EU carbon policy mix.

However, even though prices reached an all-time high of almost 100 EUR in February 2022, the ETS price is still not high enough to incentivize the switch to less carbon intensive technologies at scale in some industries. Certain low-carbon technologies (e.g., renewable energy-generated hydrogen or carbon capture and storage) require a substantially higher carbon price than current price levels to effectively compete with carbon-intensive reference technologies. Moreover, some industries also receive free allocations removing the incentive to transform. If technologies are not commercialized, a high carbon price is also not likely to drive investment that is perceived high-risk on its own.

In fact, the EU ETS is a market-based system, so it is designed to stimulate lower-cost emission reductions first with the cheapest abatement options given priority. Consequently, ETS price signals incentivize the deployment of more mature technologies (e.g., sectoral innovation in heat generation technologies) and certain short-term abatement measures such as fuel switching in off-peak power generation. They are less effective, however, at supporting developing technologies at the demonstration stage and are therefore not sufficient for fast, deep industrial decarbonization. Hence, policies which complement and strengthen the role of carbon pricing are sorely needed.

Why do we need Carbon Contracts for Difference?

Investing in innovative low-carbon technologies alleviates the risks posed by carbon price volatility and uncertainty. Future carbon prices tend to be very difficult to predict due to market, policy, and technology changes and their underlying driving forces. A high price without the expectation that prices will remain high in the longer term limits the influence and effectiveness of the EU ETS.

Currently, there are no long-term European carbon instruments which allow market participants to hedge against these risks. This is where CCfDs come into play. CCfDs offer an effective way to address this price uncertainty. They enable long-term price hedges to be put in place, which can span over a decade or even longer and also allow market participants to hedge against regulatory risks.

Limiting price volatility exposure over the long-run makes pre-commercial technology project financing significantly more bankable for investors. By eliminating the carbon-price risk, projects’ overall financing conditions are improved. The increased certainty of returns allows projects to increase their share of debt in their overall financing relative to equity. Consequently, as debt financing comes at a lower cost, it reduces the overall cost of capital and the breakeven carbon price.

The project was recognized as a “Project of Common Interest (PCI)” by the EU and the Dutch government allocated 2.1 billion EUR in grant money for Porthos’ four customers: Air liquide, Air Products, ExxonMobil, and Shell. The money comes from the sustainable energy transition subsidy scheme (SDE++) and is required to bridge the gap between current rates for CO2 emission allowances (EU ETS) and the costs involved in carbon capture and storage.

Due to the rising ETS price (and anticipated ETS price levels) since the allocation of the funds, the current expectation is that less than half of the earmarked subsidies will have to be paid out to the four emitters, which illustrates the cost-effectiveness and flexibility of the CCfD mechanism. A final investment decision (FID) for construction of the infrastructure is expected in the second half of 2022 and the project is expected to be operational by the end of 2024.

Consequently, CCfDs can be particularly useful for projects which require large upfront capital investments and for which the payments for emission allowances constitute a significant share of the variable cost of price-setting competitors. This is typically the case for heavy industrial processes, which require large production sites including steel, iron, cement, aluminium, or chemical feedstocks such as ammonia or hydrogen.

CCfDs can be allocated via a competitive process or also via bilateral negotiation, as proposed for the Industrial Carbon Capture business models in the UK. The process can be organised in the form of an auction where a lower carbon strike price simply means a more attractive bid. Auctions could be a very suitable mechanism to award CCfDs because of the existing information asymmetry between the commercial entity and public authority. Because of capacity, experience and proprietary data, industry simply has a better understanding of the true costs of decarbonizing certain markets and processes – and their preferences would be revealed through a transparent auctioning mechanism. Auctions could also be facilitated at the EU level which would help to address the challenge of increasingly fragmented national industrial climate policies, leading to a more efficient and competitive internal EU market.

CCfDs not only constitute a security mechanism for investors in low-carbon projects, but they also work as an attractive commitment device for governments. Contracts are only awarded on a project-specific basis, so they limit the exposure of public authorities to individual projects (and prevent the contract being fulfilled by a portfolio or traded). Also, their volume of funding translates directly to reduced CO2 emissions and they create an incentive to sustain high carbon market prices so that the government’s cost for funding the contract will be lower.

All this goes to show that CCfDs can certainly provide an attractive policy option for governments looking at cost-efficient solutions to boost industrial decarbonisation. They have the potential to develop into a very powerful tool to accelerate the transformation of Europe’s industry towards a low-emission economy and the current REPowerEU discussion provides a unique opportunity for their quick implementation.

The next part of this series will dive into the options for how CCfDs can be designed to best stimulate industrial decarbonisation.