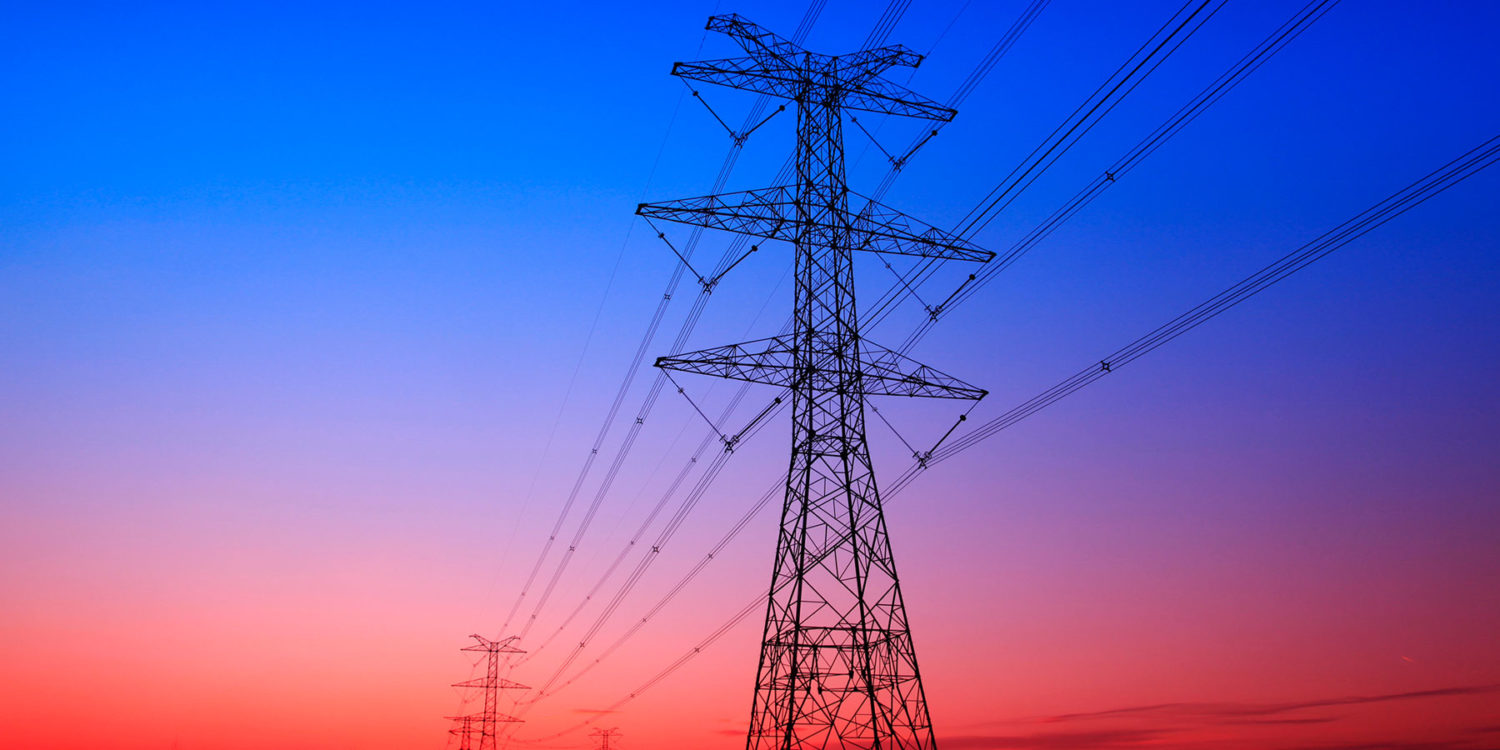 That is not only because electricity itself contributes roughly a third of global energy-related carbon emissions, but also because reductions of carbon emissions in the transport and industrial sector will almost surely require some electrification of those sectors, and then powering them with an expanded zero-carbon grid¹.

So how’s that grid decarbonization thing working out?

Not very well, to put it mildly, based on the most recent data for the International Energy Agency, depicted in Figure 1 below.

As the thick black line shows, the global carbon intensity of electricity has been virtually flat for the last quarter century, not with standing the Kyoto Protocol, the Paris Agreement, nineteen Conferences of the Parties to the global climate agreement, and numerous national, state and local policies to support clean energy. 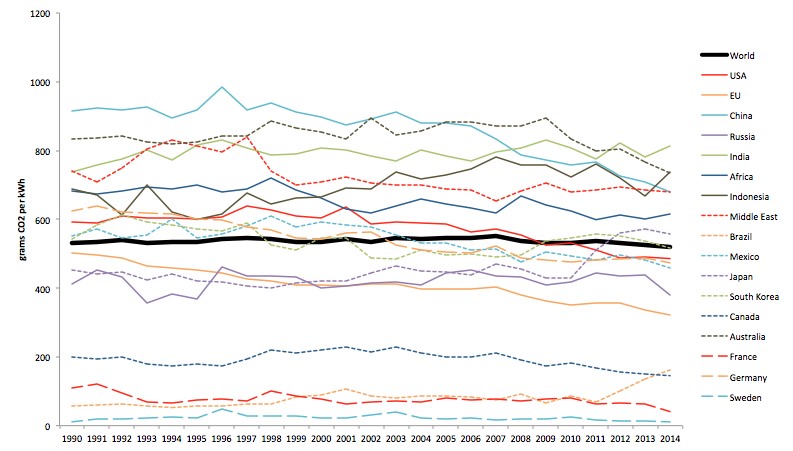 True, some regions and countries are making modest progress, such as the EU (although the rate of EU fossil displacement slowed in 2015), China (due to an increase in hydroelectric, wind and solar and nuclear energy) and US (where gas for coal substitution is responsible for 75% of the reduction in coal intensity of electricity production in recent years ). But despite all this, and global solar and wind investment now running at nearly $300 Billion per year, overall electricity carbon intensity has barely budged.  And in recent years several nations have increased the carbon intensity of their electricity, such as Japan (due largely to the shutdown of the nation’s nuclear fleet), Brazil and Indonesia. Moreover, simple substitution of gas for coal in the developed world will only take us so far to a zero-carbon grid, as gas without carbon capture emits only 50% less CO2 than coal generation per unit of electricity. (On the good news side, as Figure 1 shows, France and Sweden are very close to the zero carbon mark – driven by large shares of nuclear energy –France, 75%; Sweden, 40% — and hydroelectric power).

What’s clear is that, globally, we aren’t anywhere close to achieving the pace of global electric carbon intensity reductions that are needed, which are notionally depicted in Figure 2 below:

If we are to have a hope of meeting critical climate targets, we need to radically pick up the pace. And, as numerous studies have suggested, we will have a greater chance of achieving our goals if we multiply more affordable, practical zero carbon electricity options across a broad range of technologies that can scale near or just after mid-century, including energy efficiency, renewables, nuclear energy, and carbon capture and storage².