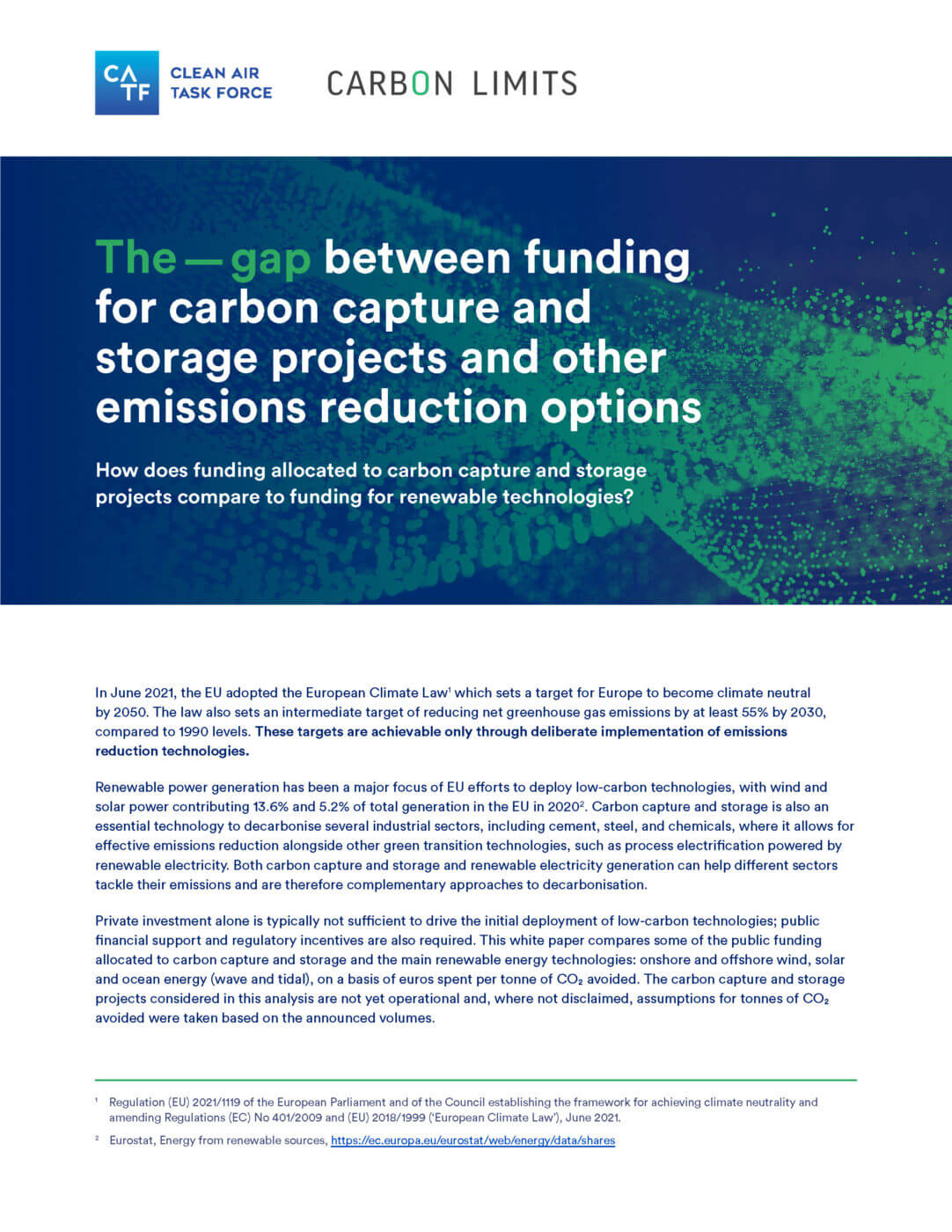 The expansion of renewable power generation has been a major focus of EU decarbonisation policy to date, enabling wind and solar power to achieve significant cost reductions and contribute nearly 19% of the region’s power generation in 2020. This success is the result of more than a decade of dedicated political and financial support for these technologies. Climate policy must now look beyond the power sector to tackle the 20% of Europe’s CO2 emissions associated with industry, using technologies such as low-carbon fuels and carbon capture and storage. The financial support needed to realise carbon capture and storage projects has often been characterised as prohibitive, but how does it really compare with past funding for renewables?

Analysis by Carbon Limits for Clean Air Task Force has assessed some of the capital funding from major EU support schemes for renewable energy since 2012 on the basis of euros spent per tonne of CO2 avoided. For comparison, the analysis also looked at recent national funding allocations for two full-scale carbon capture and storage projects: Norway’s Longship project, which will capture CO2 from a cement plant and is currently under construction, and the Netherlands’ Porthos project, which aims to decarbonise four sites in the Port of Rotterdam.

The analysis finds that an average of €121/t of CO2 avoided has been spent by EU schemes for onshore wind, followed by €90/t on offshore wind and €74/t on solar power. On this basis, the €71/t spend by the Norwegian government to progress the Longship project appears relatively good value. The Porthos project could receive up to €65/t in funding, but this support only covers the gap with the EU’s carbon price, so may ultimately be much less.

The levels of public funding required to deploy carbon capture and storage and begin the deep decarbonisation of European industry are comparable to the funding required to drive early deployment of renewables. With adequate support, this essential technology can also drive down costs through optimisation and economies of scale.