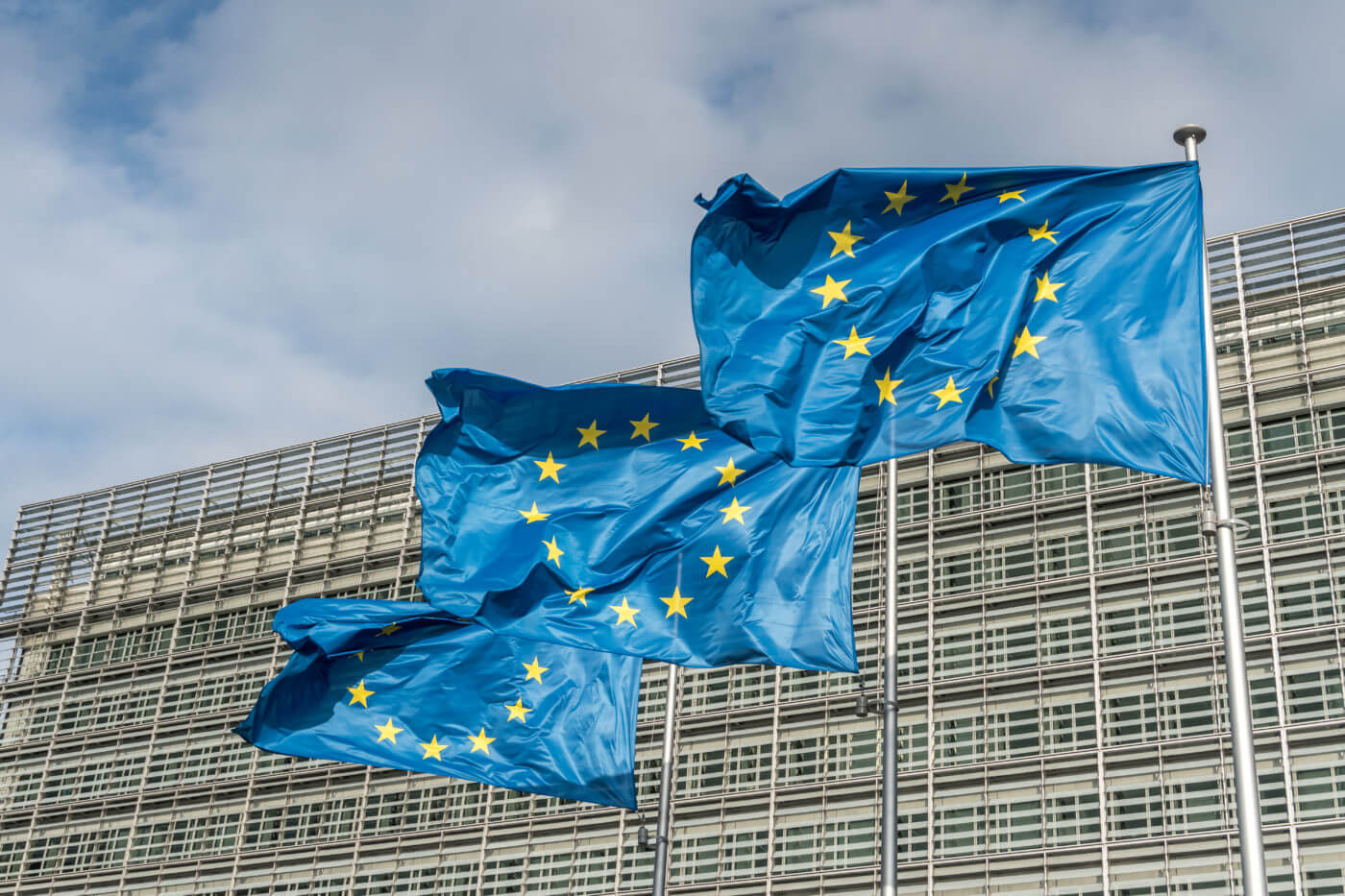 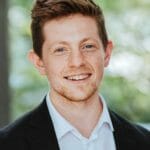 This was the assessment of EU Commissioner for Energy, Kadri Simson, speaking at the recent Carbon Capture Utilisation and Storage or CCUS Forum organised by the European Commission. Billed as the first of regular high-level fora to engage and facilitate discussions on carbon capture, utilisation and storage, the forum saw various speakers from academia, industry, local and national government, as well as NGO’s, engage in a broad range of conversations about the need for carbon capture in Europe.

Here’s five key takeaways we learned from the CCUS Forum:

In order to have a chance at mitigate the worst effects of climate change in line with the goals of the Paris Agreement, developing carbon capture technologies will be important. Although not all pathways to reaching 1.5°C involve carbon capture and storage, Coordinating Lead Author for the IPCC’s Special Report on 1.5°C of Global Warming and Sixth Assessment, Dr. Joeri Rogelj, explained that such pathways were ‘unlikely’ and ‘not robust’. This is because they presume behavioural and demand-side changes, such as lowering energy consumption and increasing energy efficiency, that would lessen the need for technological developments. However, this would mean reversing the historical trend of ever-increasing energy consumption, requiring considerable public acceptance to make major lifestyle changes.

This opinion was shared by Samantha McCulloch, Head of the Carbon Capture Utilisation and Storage Unit at the International Energy Agency, who spoke of the need to rapidly increase the amount of CO2 captured and stored globally, from 40 Mt per year to 7 Gt per year by 2050, in order to meet our net zero targets. At an average of 2Mt per plant, that’s a 175-fold scale-up.

Looking at a national level, the need to deploy carbon capture technologies becomes more succinct. Oliver Geden, Senior Fellow at the German Institute for International and Security Affairs (SWP), made it clear that certain sectors, particularly the industrial sector, have thus far been neglected in the climate debate, while more specifically, certain industries like cement will require carbon capture and storage technologies as well as enabling infrastructure such as CO2 pipelines connected to storage sites if they are to reduce their emissions.

An important issue raised both by Geden and Dr. Rogelj was that the target of net zero implies that some countries and sectors will have to become carbon-negative to negate those which will not decarbonise fully. Scaling up carbon removal technologies like Direct Air Capture will therefore be critical to ensure not only that the target of net zero by 2050 is reached, but that levels of CO2 in the atmosphere are reduced in the decades beyond 2050. Vice President of Carbon Engineering Europe, Amy Ruddock, outlined Carbon Engineering’s plans to deploy Direct Air Capture over the coming years, particularly the plans to commence operation of their Direct Air Capture facility in Texas, United States which will see 1 Mt of CO2 per year captured from the atmosphere.

2: Carbon capture will be an important part in preserving and decarbonising our industrial sector

Among the sectors for which carbon capture technologies can reduce CO2 emissions, the industrial sector is perhaps the most obvious one. Processes which are difficult to electrify, such as steelmaking are prime areas where carbon capture and storage can be used, as CATF has previously examined.  John Morrish, Western Europe CEO of Heidelberg Cement, outlined his company’s plans to reduce their entire process emissions by 60% by using carbon capture and storage. Signalling their intention to deploy the technology, Heidelberg Cement is currently developing the first industrial-scale cement CCS project at their Brevik plant which will see the captured CO2 transported and stored as part of the Longship project in Norway.

Carbon capture and storage will also be critical in the development of hydrogen in Europe, according to Prof. Christopher Jones and Prof. Andris Piebalgs of the Florence School of Regulation. This is because blue hydrogen, which involves the use of carbon capture and storage, can be deployed quickly and become cost-competitive within the next 10 years, according to the International Energy Agency. Europe is in the process of decarbonising its energy grid and blue hydrogen is foreseen as a transition solution whilst renewable generation is scaled and plentiful to produce renewable hydrogen. Additionally, carbon capture and storage will be needed to decarbonise the existing hydrogen production in Europe.

3: Developing cross-border, open-access CO2 hubs and networks will be crucial to ensuring a rapid scale up of carbon capture

A key issue to solve in carbon management’s development in Europe will be how can captured CO2 be transported and stored. As CATF has studied, Europe has the potential to store up to 300 years worth of CO2 emissions. But connecting those places where CO2 is captured to places where CO2 can be stored is challenging. Constructing open-access transport and storage infrastructure for various types of emitters will be a critical component of Europe’s carbon capture development, according to Valérie Demangel, European and International Affairs Director of the City Council of Pau Pyrenees in France. Demangel outlined the ambitious Pycasso project, which will comprise a cross-border, onshore CCS project hub between 5 regions. Open to all emitters in the Pyrenees region, the project will be an important aspect of the region’s target to reach carbon neutrality by 2040.

As CATF has previously analysed, creating hubs which connect various energy-intensive industries with CO2 storage sites is an excellent way to promote the innovation and cooperation needed to ensure deep, rapid cuts in emissions. Developing hubs such as the Pycasso Project was a key aspect among the participants at the Forum, including the Ravenna hub in Italy, the C4 Hub in Denmark and the Porthos Project in the Netherlands, all of whom provided valuable insights into the role carbon capture and storage hubs will play in different parts of the continent. Creating hubs such as these will enable a greater number of industrial emitters to collaborate and create synergies in order to rapidly decarbonise their industries.

Although carbon capture still suffers from many myths and misconceptions, it is clear that the political desire to support carbon capture has seen a surge in recent months and years, said Cristian-Silviu Buşoi, Chair of the European Parliament Committee on Industry, Research and Energy and MEP. Buşoi outlined that the recent surge in energy prices in Europe has forced policymakers and politicians alike to take a more pragmatic, balanced approach to climate policy, making it clear that everything must be on the table, including carbon capture and storage. This opinion was shared by several members of the EU Commission, including Executive Vice President, Frans Timmermans, who outlined that past experience and failures in the deployment of carbon capture and storage in Europe will not dictate the necessity of its success in order for Europe to achieve its climate goals.

The influence of public opinion and acceptance may be a decisive factor in determining the success of carbon capture and storage, particularly as past experiences have shown that without public support, carbon capture cannot succeed. Including public representatives as part of carbon capture consortia may prove a useful method to overcome these difficulties. Describing her role as part of the Pycasso Project, Valérie Demangel outlined that the heavy involvement of the City of Pau as well as the Aquitaine and Navarre regions means that at every stage of the project’s development, the public are well-informed in advance and have the opportunity to participate and provide input in the decision-making process. Affording the opportunity to members of the public to participate in carbon capture’s development will be critical to ensuring that Europeans, who are overwhelmingly in favour of reaching net zero by 2050, will support the development of carbon capture in Europe.

5: Stronger policy support for carbon capture can deliver what is required to reach our climate and just transition goals

The growth in political momentum for carbon capture in Europe has already seen dozens of major project developments announced, which CATF continues to track. In order to capitalise on the growing momentum for carbon capture and storage, it is increasingly clear that policymakers can accelerate the development needed with more robust policy measures. Developing cross-border CO2 transport and storage in Europe will be critical to scaling up carbon management. Ensuring this becomes a reality will require more than just developing projects which are located geographically close but also providing the regulatory and political guarantees necessary to achieve this. Ratifying Amendment LP 3(4) to the London Protocol, which would reverse the current prohibition on cross-border CO2 transport, would send an important signal that European countries are willing to actively cooperate in tackling climate change. Furthermore, as Syrie Crouch, Vice-President of Carbon Capture and Storage at Shell explained: ‘Ensuring the harmonisation of standards for shipping, loading and off-loading of CO2 between projects in areas like the North Sea region will be critical to eliminating unnecessary barriers.’

But perhaps the greatest signal which was indicated by various stakeholders at the Forum was the need for a comprehensive Carbon Management Strategy by the European Commission. As Lee Beck, International Director for Carbon Capture at Clear Air Task Force signalled: ‘Now that it’s clear that projects are being developed and the desire to grow carbon capture and storage is here, it is critical that we double down and create a Carbon Management Strategy’. Without a clear pathway, with clear targets and set dates, Member States, project developers and industrial emitters will not have the clear, guiding, pan-European vision for carbon management, which will be essential to ensuring the decarbonisation of Europe’s industry will not undermine the goals of the European Green Deal.

New evidence of UK methane pollution uncovered ahead of COP26