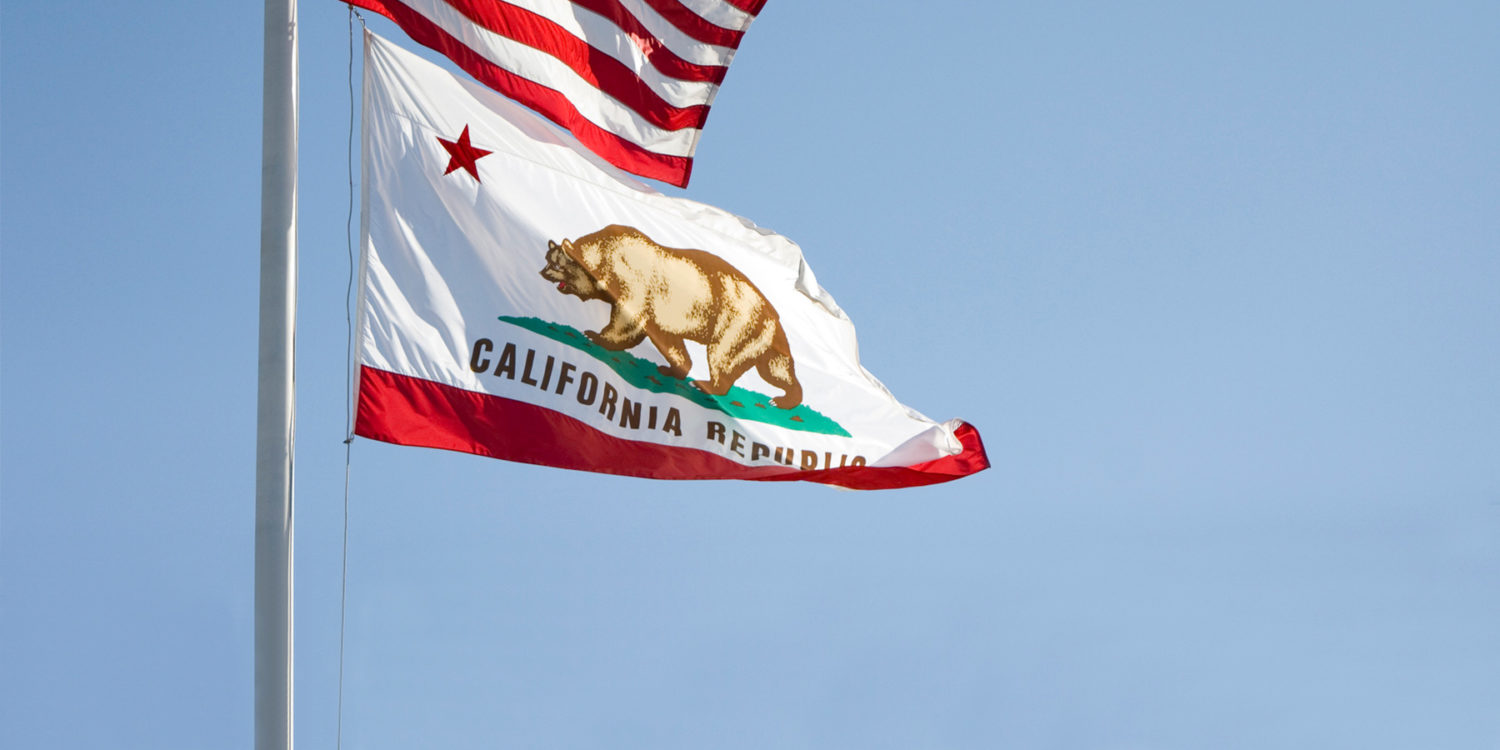 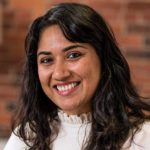 California has only grown bolder over time in its ambition to combat climate change. A few developments in September this year demonstrate the state’s recognition of the need to embrace a variety of available tools to meet its bold climate targets.

While California’s decarbonization journey began decades ago, a 2016 legislation (SB32) committed the state to lowering its CO2 emissions 40% below 1990’s level by 2030. A scoping plan was drawn up and one of the tasks given to the California Air Resources Board (ARB) was to “develop a regulatory monitoring, reporting, verification, and implementation methodology for the implementation of carbon capture and sequestration projects.”

In 2016, ARB began working towards their assignment by learning about CCS through a series of workshops with experts from industry, academia, government labs and NGOs. CATF’s Bruce Hill and John Thompson were also invited to deliver presentations during these workshops. After close to two years of engagement with stakeholders, just last month, as part of amendments to the Low Carbon Fuel Standard (LCFS), the Board voted to adopt a Carbon Capture and Sequestration Protocol and incorporate it into the LCFS.

The CCS Protocol includes a credit Quantification Methodology and Permanence Protocol, listing sequestration site selection and monitoring & verification requirements needed to generate credits. With this amendment, the LCFS aims to achieve 20% reduction in carbon intensity of transportation fuels by 2030, relative to 2011. And, some of those reductions are allowed to come from the use of CCS technologies on industrial facilities.

This development is important for both California and for CCS technology.

Why the CCS Protocol is important for California

Last month Governor Brown issued an executive order, expanding the above mentioned SB32 goals to economy-wide carbon neutrality by 2045 and negative emissions thereafter. This not only requires the zero-ing out of all of California’s current 429 million tons of CO2 emissions, which is an extremely challenging goal in itself, but also removing carbon emissions from the atmosphere. Once removed, CO2 emissions would need to be sequestered in deep geologic formations such as unpotable saline-water bearing geologic formations or in depleted oil fields.

North America has the enormous capacity to sequester CO2 with about 500 years’ worth of captured energy-related emissions in its deep geologic formations. For California projects, there are billions of tons of geologic capacity in depleted oilfields and deep sedimentary basins such as those in the central valley. The adoption of the CCS Protocol under the LCFS sets the stage for a CO2 reduction system to emerge in the form of networked infrastructure for CO2 transport and storage, which could both deliver emission cuts to meet carbon neutrality goals and then later deliver negative emissions as well.

All scenarios modeled in the recent 1.5-degree report by the Inter-governmental Panel in Climate Change (IPCC) utilize carbon removal technologies. This further underscores the importance of regulatory leadership that California has shown with developing the CCS Protocol.

While CCS can be used to reduce emissions from several sectors, the technology presents a unique opportunity to reduce emissions from the industrial sector. The chart below shows that a quarter of all California’s emissions come from industrial sources. There is no method available to decarbonize industrial process emissions without CCS, which means that CCS can be expected to play a meaningful role in meeting California’s carbon neutrality goals, alongside helping meet LCFS targets. For CCS to play a role in cutting emissions from sources that may be ineligible under LCFS, the CCS Protocol would have to be incorporated into the Cap and Trade program. ARB is expected do so in the next round of amendments to Cap and Trade.

In the same month, Gov. Brown also signed into law SB100. This bill requires the state to generate 100% clean electricity by 2045 while also requiring that a minimum of 60% come from renewable sources by 2030. Importantly, with this legislation California has embraced flexibility in meeting the SB100 goal – 40% of the state’s electricity could potentially come from sources including, but not limited to, renewables. This policy paves the way for zero-carbon technology innovation and subsequent cost reductions from deployment, as demonstrated by RPS-led cost reductions in wind and solar energy technologies.

Currently, about a third of all electricity in California is generated by natural gas fired power plants. The CCS Protocol, when incorporated into the Cap and Trade program, would allow CCS to play a meaningful role in realizing a diversified zero-carbon grid by removing emissions from any remaining fossil fired power generation by 2045.

Studies have shown that a diversified grid can achieve decarbonization at a reduced cost. It is no wonder then that Google, a corporation that uses as much electricity as the entire City of San Francisco, released a report last week recognizing the role of CCS technology in their 24×7 carbon-free electricity framework.

First things first, carbon capture technologies are commercially available, and they work. Carbon capture technology has been used in industry for decades for everything including gas clean-up to soda pop bottling. Geologic sequestration of CO2 is a mature technology too. Over a billion tons of CO2 have been injected into underground formations over the last forty-five years for the purposes of enhanced oil recovery. These formations have stored natural gas and oil for millions of years demonstrating that atmospheric leakage of CO2 from geologic reservoirs is extremely unlikely.

The technology is only now being used for reducing CO2 emissions, and so is at the top of the cost curve – similar to where wind and solar were over a decade ago. Earlier this year, the US Congress passed the FUTURE Act expanding section 45Q, which offers tax credits for capturing and sequestering large volumes of CO2 irrespective of the source. According to a study done by Princeton University researchers, 45Q is expected to spur projects that would capture and store 30 million metric tons of CO2 annually. CATF has conducted some preliminary (report coming this year) analysis that suggests comparable levels of 45Q-led deployment.

Now, with the CCS Protocol, developers of CCS projects can access an added incentive that stacks on top of the 45Q tax credit, which is currently worth $35 for storage via EOR and $50 for saline storage per metric ton. Credits generated under the LCFS are worth approximately $100 per metric ton (weekly average prices could go up to $172.) The combination of the two incentives could help deploy CCS even more widely with a very attractive combined value of CO2 at approximately $135 or $150 per metric ton, for EOR and saline storage respectively.

White Energy, an ethanol producer, announced earlier this year that they are developing a CCS project that “would be designed to be eligible for 45Q tax credits and California’s Low Carbon Fuel Standard Carbon Capture and Storage Protocol.” As with any technology, over time, widespread deployment would result in cost reductions for CCS, making it a more affordable climate solution.

There are, however, critical improvements to the CCS Protocol that would ensure the most secure geologic storage of CO2. These changes would inherently drive CCS projects to the most secure sites and likely benefit project developers as well in the long run. The CCS Protocol in its current form takes a largely prescriptive, one-size-fits-all regulatory approach to geologic storage monitoring and verification requirements; All projects, irrespective of their risk profiles, must perform monitoring and leak detection for 100 years after CO2 injection has ended. While this approach is well intended, it doesn’t drive developers to the sites of the least risk. Instead, CATF believes that the Protocol would benefit from more site-specific, risk-based approach that focuses monitoring and verification where risk is greatest and allows projects to be closed once developers have adequately demonstrated that any risk of subsurface migration of CO2 has reached acceptable levels of permanent storage. For instance, the Intergovernmental Panel defines permanence of geologic storage of CO2 as when there is less than a 1% chance of leakage in 1000 years. Such a risk-based approach to monitoring and verification will provide the greatest security for stored CO2.

CARB should get to work now and revise the Protocol by enhancing the monitoring and verification provisions such that they: a) identify and target monitoring and verification where geologic study indicates vulnerabilities exist and the leakage risk would be most probable (fracture systems, abandoned wells etc.); and b) require that this targeted monitoring and modeling data be accompanied by analysis to determine when injected CO2 has stabilized in the subsurface and leakage risk is therefore negligible and projects can be closed. CATF plans to continue to engage with ARB to provide our technical perspectives to help amend the Protocol to reflect these goals.

But today let’s recognize the good work ARB has done to propel CCS forward. September 2018 must be bookmarked in the clean energy history of the US as being the month when California opened its doors to a very important climate solution: carbon capture and sequestration.