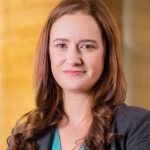 WASHINGTON, December 22, 2020 – After many years of stalled progress, Congress has successfully passed bipartisan climate and clean energy legislation. As part of the broader end-of-year spending and authorization package, key provisions will regulate greenhouse gas emissions and increase support for crucial clean energy technologies through new federal authorizations and extension of critical tax incentives. Specifically, this legislation will require the regulation of U.S. hydrofluorocarbons consistent with the Montreal Protocol, which will ultimately reduce global warming by 0.5 degrees Celsius. The energy provisions will provide new higher funding levels for the technologies needed for deep decarbonization, including energy efficiency, solar, wind, energy storage, advanced renewables including geothermal, carbon capture utilization and storage, and advanced nuclear. Extensions of tax incentives for solar, wind, other renewables, along with a longer carbon capture project commence construction deadline, will provide the right push to commercialize and deploy these critical clean energy technologies.

“Passage of this bill represents real forward progress on climate change and clean energy – though we must do more next year. This action sets the right tone, proving that Congress can successfully enact bipartisan legislation that will regulate greenhouse gas emissions and invest in our clean energy future,” said Lindsey Griffith, Federal Policy Director at Clean Air Task Force. “This bill provides the launchpad for more work to come next year. At the end of a tough year of divided politics and a suffering economy, it is heartening to see leaders come together to pass the most significant U.S. federal climate legislation ever.”

“The passage of this bipartisan bill is good news for climate – innovation is imperative to have a chance at fending off the worst effects of climate change while creating jobs in tomorrow’s climate economy and future-proofing industries and manufacturing,“ said Lee Beck, Carbon Capture, Utilization and Storage Policy Innovation Director at Clean Air Task Force. “Extension of the 45Q commence construction window, investment for the demonstration and commercialization of carbon capture and carbon removal technologies are critical. In the next Congress we must go further, as it is urgently necessary for us to design policy to plan and invest in the infrastructure that is necessary to achieve net-zero emissions by mid-century.”

Nightmare Before Christmas – with Apologies to Clement C. Moore