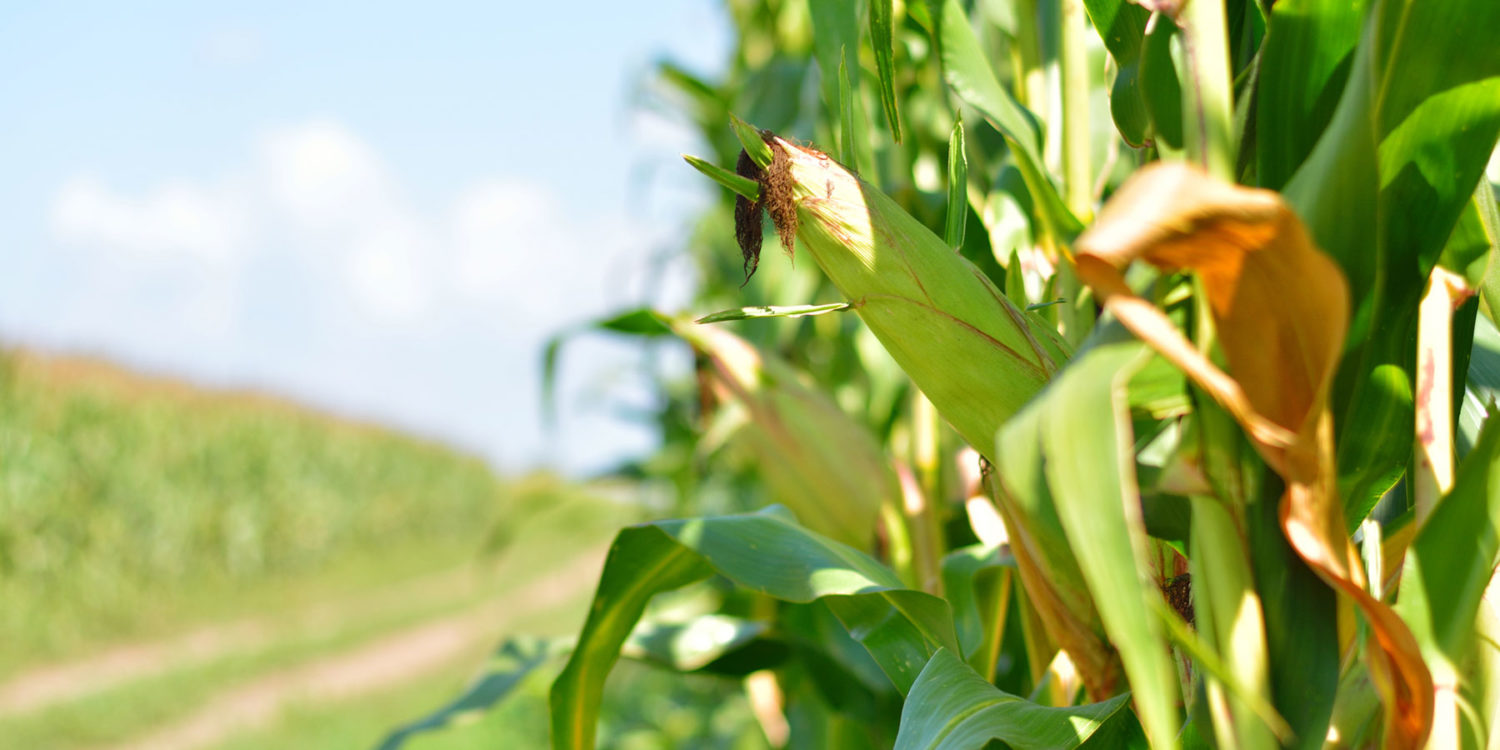 Instead of looking for ways to solve the problem through commonsense fixes to the federal Renewable Fuel Standard (RFS), the industry has been lobbying President Trump to allow the year-round sales of E15, a gasoline blend that contains 15% ethanol. (The vast majority of gasoline sold in the United States is E10, which contains 10% ethanol.) The president acquiesced, announcing an E15 policy that’s ill-conceived, unlawful, and, if implemented, harmful to the environment.

Very little about the RFS has gone according to plan, though. Production of cellulosic biofuel—which was supposed to account for the bulk of the advanced biofuel mandate, according to the annual mandates established at Section 211(o)(2)(B) of the Clean Air Act—has fallen far short of Congress’s expectations, which among other things means that most of the projected environmental benefits used to justify the RFS have not materialized. Congress’s assumption that motor vehicle fuel consumption in the United States would continue to rise indefinitely also turned out to be very wrong:

The decline in US fuel consumption has hastened the RFS’s collision with the E10 blend wall. The blend wall—shorthand for the functional limit on how much ethanol can be blended into marketed gasoline—is currently 10%, because higher ethanol blends like E15 can damage older engines and void manufacturer warranties, reduce vehicles’ fuel economy, and corrode storage tanks and other equipment in the fueling infrastructure. Consequently, if the United States consumes 143 billion gallons of finished motor gasoline this year (as it did in 2017), approximately 14.3 billion gallons of ethanol can be blended into the gasoline supply in the form of E10.

Corn ethanol—which benefits from a 15 billion-gallon implied mandate under the RFS and a bloc of supporters in Congress—more than fills that market, leaving no room for other kinds of ethanol, including those made from cellulosic material. The corn ethanol industry hopes that higher sales of E15 will help soak up the ethanol that can’t be blended into the E10 supply—hence the president’s announcement that E15 can now be sold year-round.

Not surprisingly, the plan has several problems.

The Clean Air Act prohibits summertime sale of E15. The short version is there’s a law on the books that clearly bars retailers from selling E15 during the summer, and that law isn’t something that a speech by the president or new regulations from EPA can change.

The longer version is that Section 211(h)(1) of the Clean Air Act prohibits the sale of gasoline that has a Reid Vapor Pressure greater than 9.0 psi during the “high ozone season,” which runs from June 1 to September 15. (RVP is a measure of volatility; high-RVP gasolines release more volatile organic compounds into the troposphere where those VOCs contribute to ozone formation.) Gasoline-ethanol blends below E50 are more volatile than straight gasoline and cannot readily meet the 9.0 psi RVP requirement. Congress created a “one-pound waiver” at Section 211(h)(4) that increases the RVP limit from 9.0 psi to 10.0 psi, but—and here’s the catch—the waiver is only available to “fuel blends containing gasoline and 10 percent denatured anhydrous ethanol.” That is, only E10 can take advantage of the one-pound waiver. Although E15 is slightly less volatile than E10, its RVP still exceeds 9 psi. It needs a one-pound waiver to meet Section 211(h)’s RVP limit in the same way that E10 does, but it is not eligible for one under current law.

Members of Congress have consistently endorsed this reading of the statute. Letters to EPA and the White House spearheaded by Sen. Tom Udall and Rep. Peter Welch (June 2018) and Sen. James Inhofe (October 2018) affirm that executive branch efforts to allow the year-round sale of E15 are inconsistent with “a plain reading of the [Clean Air Act].” And each time congressional E15 proponents introduce a bill that would modify the operative language in Section 211(h), they reinforce the generally-held view that year-round sales are prohibited under the Clean Air Act.

Drivers don’t want E15. Demand for E15 is soft, even among drivers of newer cars equipped to handle the fuel’s extra corrosiveness. The lack of interest is economically rational: retail prices for E15 do not reflect its lower energy content (as compared to E10), so a switch from E10 to a E15 delivers fewer miles per gallon and fewer miles per dollar. While US drivers use roughly 15 billion gallons of ethanol each year, only a small amount—“at most a few hundred million gallons”—is consumed each year in the form of E15 and other high-ethanol blends.

The air quality impact of E15 has not been adequately analyzed. As outlined in CATF’s 2017 testimony to the Senate Committee on Environment & Public Works, adding more ethanol to the gasoline supply may have confounding effects on the emissions of VOCs and nitrogen oxides (NOx), both of which contribute to ozone formation. It appears that because E15 is slightly less volatile than E10, a switch from E10 to E15 could marginally reduce VOC emissions. The resulting benefits might be offset by higher NOx emissions, however, especially in some regions of the country. When the amount of ethanol blended into gasoline increases, the oxygen content of the fuel increases as well. In older vehicles (pre-2007) and newer vehicles that have not been adequately maintained, higher oxygen levels usually result in hotter combustion temperatures, which in turn results in higher NOx formation.

The potential additional NOx emissions are important because ozone formation in most parts of the country is more sensitive to changes in NOx emissions than it is to changes in VOC emissions. According to a 2017 report from EPA, the impact of NOx reductions on ozone formation in most cities is 1.5 – 5 times greater than the impact of comparable VOC reductions; in nonurban areas, EPA found NOx reductions to be more than 10 times more impactful than VOC reductions. Even small increases in summer ozone due to increased NOx formation might be enough to push some regions of the country into nonattainment for ozone standards.

The potential impact that year-round sales of E15 might have on ozone formation hasn’t been adequately analyzed. CATF has urged Congress to require EPA to develop a better, more complete understanding of how the increased use of E15 might affect VOC and NOx emissions from a wide range of engine types, engine model years, and engine usage patterns. We were pleased to see such a requirement included in at least one of the RFS reform bills circulating on Capitol Hill.

More E15 would mean more environmentally-damaging corn ethanol. Last but certainly not least, allowing the year-round sale of E15 would exacerbate corn ethanol production’s contribution climate change, resource depletion, and the degradation of critical ecosystems. History strongly suggests that much if not all of the new demand for ethanol will be filled by corn ethanol. (The corn ethanol industry thinks so, too, judging from its enthusiasm for today’s announcement.)

As we told Congress when it considered (and then rejected) a 2017 bill that would have authorized summertime E15 sales, the United States needs less corn ethanol—not more.

We need low/zero-carbon liquid fuels to decarbonize the transportation sector. Biofuels can play a role in this effort—particularly with respect to aviation—but we need to move away from policies that promote the use of conventional biofuels and toward policies that support the development and deployment of fuels made from waste, algae, and other feedstocks that do not depend on farmland. By expanding the use of E15 without first developing the capacity to produce an adequate supply of climate-beneficial biofuels, this [E15 expansion] bill could undermine climate change mitigation efforts by encouraging additional production of corn ethanol.

The same concerns apply to President Trump’s attempt to allow year-round sales of E15. The administration cannot authorize year-round E15 sales without Congress’s approval, and Congress should not give that approval—at least not until safeguards are in place to protect the owners of older cars and other vulnerable engines, not until the impact of E15 on ozone formation is adequately analyzed, and not until measures are in place to ensure that any E15-related increase in ethanol demand is met by fuels that are less environmentally-destructive than corn ethanol.