It Happens Here Too: Methane Pollution in Europe’s oil and gas network 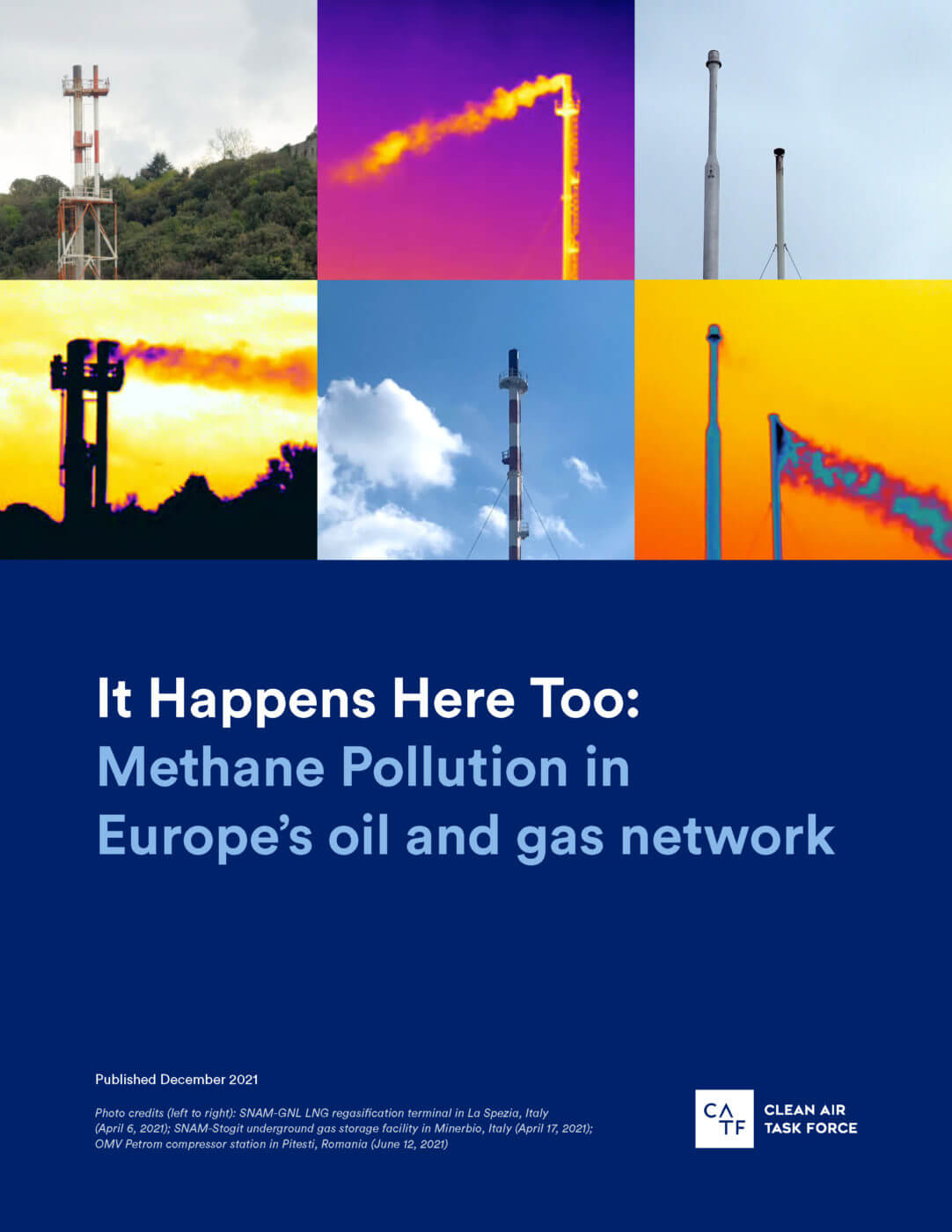 In a first-of-its-kind report, CATF has prepared a snapshot of the widespread issue of methane pollution within Europe. All together, the evidence from 11 countries  and over 250 oil and gas sites is stark – methane pollution is happening all around us. We have found evidence of methane emissions in the large majority (180) of sites visited, showing that this is a widespread problem across Europe.

At the moment there is no EU-wide policy to reduce methane emissions. The lack of coordination and common standards results in a lack of consistency in operational practices to address venting, flaring, and fugitive emissions across member states.

The EU could lead the way in setting stringent methane emissions standards globally and persuade global oil and gas exporters to follow suit. It is the world’s largest fossil fuel importer; therefore, methane requirements on imports could impact producers around the globe and help ensure global methane mitigation.

The #CutMethaneEU campaign’s synthesis report comes at a time when global action is intensifying, starting with the latest report from the Intergovernmental Panel on Climate Change (IPCC) released in August. In the landmark report, scientists at the IPCC argued that cutting methane emissions is key to achieve global climate goals. A few weeks later, on September 18th, the EU and the US announced a Global Methane Pledge to slash methane emissions by at least 30% below 2020 levels by 2030. At the time of writing, over 100 countries have joined the Global Methane Pledge, including half of the top 30 methane emitters worldwide.

The evidence in this report was captured by James Turitto, whose previous work has been published in Reuters, Bloomberg, FT, Der Spiegel, La Republicca, Politico and many others. He is a certified ITC Level 1 Infrared Thermographer and was using a FLIR GF320 camera. The GF320 is the industry standard in identifying emissions, leaks, and events that occur during routine oil and gas operations, or because of faulty equipment, accidents, and intentional releases by operators. The GF320 has been specifically calibrated and independently tested to detect and visualize the presence least 20 gases that may be in the air.

It Happens Here Too: Methane Pollution in Europe’s oil and gas network

Examining the current policy landscape of carbon management in Europe