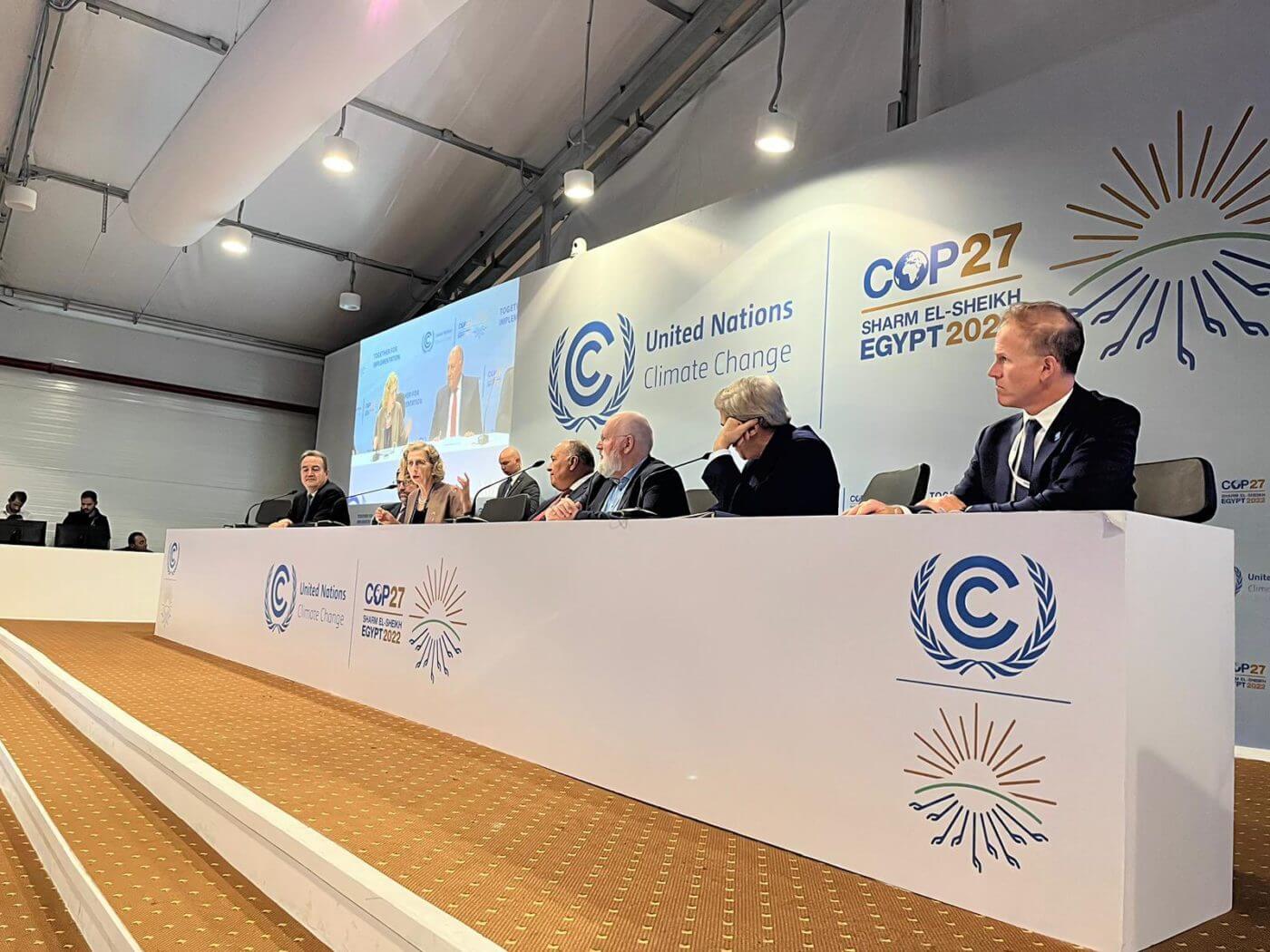 Sharm el-Sheikh, Egypt – World leaders, led by the U.S. and EU and with a surprise appearance from China, demonstrated significant momentum toward achieving the goals of the Global Methane Pledge today at a COP27 ministerial meeting on methane, co-hosted by Clean Air Task Force (CATF).

With Jonathan Banks, CATF’s Global Director for Methane Pollution Prevention, moderating, U.S. Climate Envoy John Kerry announced that more than 150 countries have now joined the Global Methane Pledge to cut collective methane emissions 30% by 2030. Of those 150, dozens have developed national methane action plans or are in the process of doing so, with progress being made on financing, policy, and new pathways to drive emissions reductions from the energy, agriculture, and waste sectors.

“At COP26 methane finally got its moment,” said Banks. “Now, we are seeing real momentum. We’re pleased to see so many countries setting their ambition under the Global Methane Pledge, and even more pleased to see many turn that ambition into action with concrete plans, standards, and policies. Cutting methane emissions is one of the few ways we can bend the curve on climate change in the near-term, and every country should be doing their part.”

“China’s newly announced methane action plan puts the icing on the cake for an incredible day for methane,” said Banks. “They join dozens of countries raising their ambition and others already turning that ambition into action with concrete plans, standards, and policies. COP26 was methane’s breakthrough moment; COP27 has given us proof of global momentum.”

The U.S. State Department and the European Union issued a joint factsheet noting progress on methane since the launch of the Global Methane Pledge – which includes the following highlights:

Leaders also launched the GMP Food and Agriculture Pathway and the GMP Waste Pathway. These join the GMP Energy Pathway, which is aimed at catalyzing methane emissions reductions in the oil and gas sector. The pathways now encompass the three main sources of methane emissions and represent a holistic approach to cutting methane globally.

Waste is responsible for roughly 20% of global methane emissions from human activities, and dramatically scaling up efforts to reduce these emissions can also deliver important health and economic development benefits. The GMP Waste Pathway will focus initially on reducing emissions across the solid waste value chain, from upstream sources to downstream disposal sites.

Yesterday, CATF announced new funding from the Global Methane Hub to launch new efforts to track and manage methane emissions from the waste sector in Africa and Latin America.