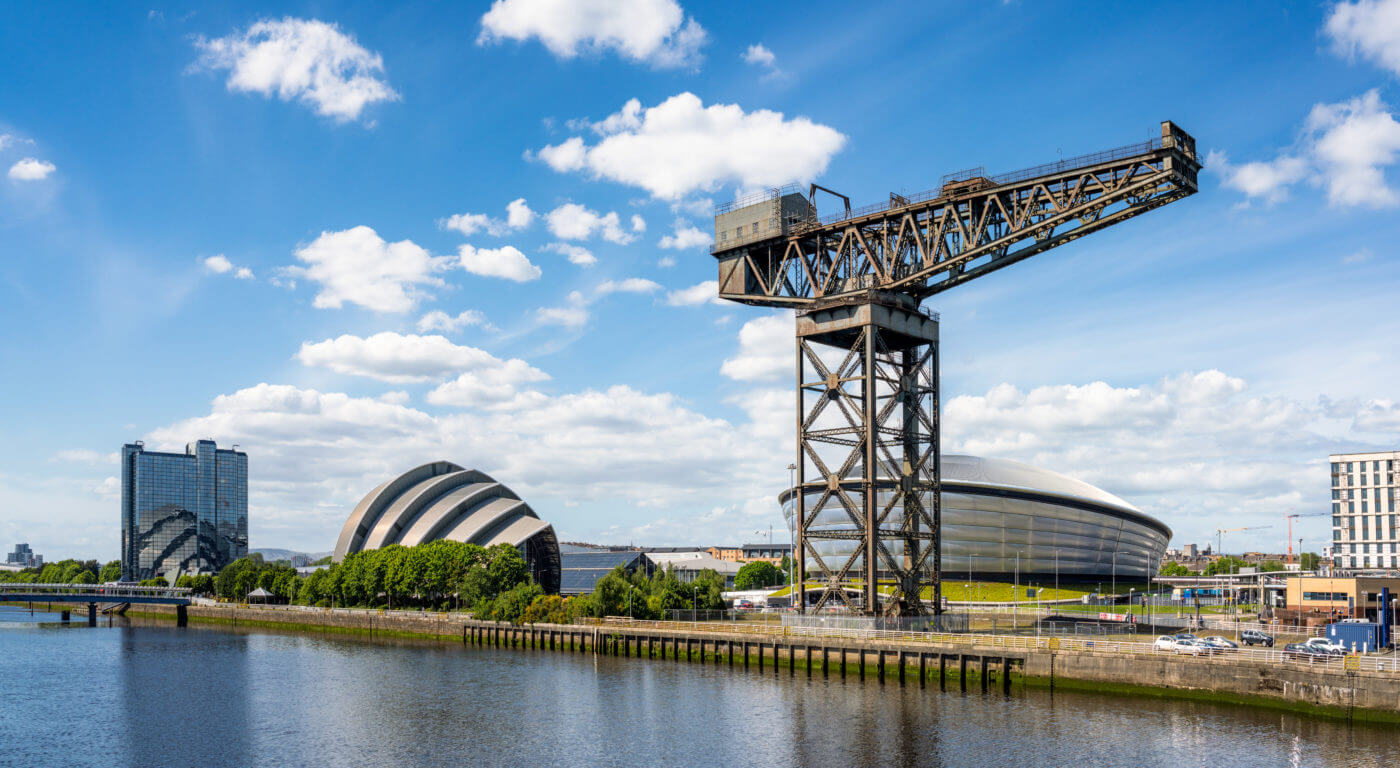 Writing articles about the failings of COPs is, at this point, beating a dead horse.

We have all seen the charts of ever increasing emissions. We have all read about the queuing, the exclusions of certain voices, the over-representation of fossil fuel interests. Practically every COP has been described as chaotic and disorganized, doomed to end in failure and frustration. This weekend, tens of thousands of protestors turned out for marches in Glasgow to decry the lack of tangible climate action and the endless ‘blah blah blah’ by the global elites in the UN’s Blue Zone.

By contrast, almost all the headlines during the first week of COP26 trumpeted surprising and promising climate announcements. From India’s first ever net-zero pledge to international pledges on methane emissions, deforestation, coal phase out and clean tech. Almost every day of the first week, there was a reason to be cheerful. Back of the envelope model updates, including from the IEA, show that the ‘pledge pathway’ now puts the globe on track for 1.8C or 1.9C of warming – a tangible upgrade from the 2.1-2.4C projected pre-COP.

Already, there are two distinct narratives taking hold at this year’s COP. So why the disconnect?

For climate protestors, the medium is the message

“It is not a secret that COP26 is a failure,” Greta Thunberg told protesters on Saturday, half way through COP26. “It should be obvious that we cannot solve a crisis with the same methods that got us into it in the first place.” She said something similar before the event began. She’ll likely say it again next week once COP is officially over.

The level of frustration and anger that people feel around climate issues has been tangible on the streets of Glasgow this week. They feel failed by politicians and political parties that talk a big game and underdeliver on climate (as with so many other policy arenas). Naturally, that pushes the protest messaging towards the confrontational: accusations of greenwashing, climate nihilism, reminders of the collective doomsday clock. And the climate wonks* don’t know what to do with any of that because there’s no white paper of structured demands to analyse and discuss at a workshop – this is a collective outpouring of emotion from groups that are by and large excluded from power. When they hear about a bunch of new pledges, promises or commitments to do something on climate by some point in the next few decades their response is predictable: So what? Talk is cheap.

Among the climate wonks, there is some frustration about the hopelessness of the climate protestors message. They point at the charts that show US emissions flattening and EU emissions slowly declining and say ‘see, we’re turning the tide on this’. They showcase that, even six years ago, before Paris, we were on track for a cataclysmic 3.6-4.2C of warming. The technology options that we need to convert the global energy system all exist and are proven (if not at scale). But ‘slow and steady progress’ isn’t something the crowds are interested in chanting.

For all the complaints, there's been huge progress in the past decade. Yes, it's still not enough but it's not nothing.

Whatever happens at #COP26, there's at least this. https://t.co/T9P35CyHjf pic.twitter.com/QH9ypbMvue

Let me be clear – I don’t see a problem with any of this. The function of protest is to push the discourse beyond the status quo. It’s not protestors’ job to supply the solution sets or negotiate policy details or figure out diplomatic compromises. They’re out there priming the political environment so that the nitty gritty processes behind the scenes actually have a chance to succeed.

Without those crowds of people in the streets demanding better and faster action on climate, the only ‘acceptable’ options at the policy level would be entirely unsuitable for the scale of the climate challenge. There will never be a COP that solves climate change and there will always be protestors asking for more. But that’s the point! The protest itself is the message – and a crucial tool for the global climate movement.

One of the things the team at Clean Air Task Force answered multiple times last week was the question: “Is the Global Methane Pledge legally binding?” Short answer: no. Longer answer: well, no but you can say that about just about anything at the international level.

As my colleague Jonathan Banks told Politico, “none of the stuff that we tout or that we really get excited about, even things that we think are truly binding — they’re not really binding. I mean, what are you going to do for a country that doesn’t adhere to something?”

So that’s our answer, but the question actually misses the point.

The true value of the Global Methane Pledge will be seen in national level policymaking.

Cutting methane emissions is a low hanging fruit for climate action – reasonably easy, cheap and fast with climate impacts that we’ll see in our lifetimes – but that doesn’t mean we’ll be able to pass a one-size-fits-all international agreement that fixes the problem. As with carbon dioxide, some countries produce vastly more methane than others, and some have large oil and gas sectors where reduction measures are easiest, cheapest and fastest to implement. So national level policymakers will need to assess the problem and pass policy that will move the needle.

A few years ago, half the policymakers we spoke to didn’t have methane on their radar; now they all do. There is no ignoring it. And now, after the Global Methane Pledge achieved headline billing at COP26, backed by both the White House and the European Union, those policymakers have the perfect impetus for pushing through real policy measures and, for once, achieve a climate win we’ll get the benefit from in our lifetimes. A 30% global cut in methane prevents 0.2C of warming by 2040 – no other measure will have an impact that quickly.

All the civil society groups who have spent the last few years advocating for cuts to methane emissions and who came together to host the Methane Moment pavilion at COP are ready to help. There is expertise, networks, tools and analyses available for governments that want to achieve a real win on climate.

The Global Methane Pledge is the starting point, not the goal.

People are still hoping for a climate big bang

Ahead of COP, there was a slew of preview pieces that framed COP as the ‘last chance for the climate’, with Boris Johnson and the UK government at the centre of ‘make or break negotiations’ to keep us at 1.5C of warming. Would this last gasp effort fail or succeed? Tune in this week for updates LIVE from Glasgow…

COPs are, at the core of it, giant peer-pressure machines. Every year, hundreds of global leaders meet in one place – with an army of negotiators and delegates behind them – and are expected to make a splash by talking up their climate credentials. Some of that is going to be fluff, naturally, but not all. And as soon as one country goes ahead on something, its neighbours and rivals and allies have to sit up and pay attention. Are we falling behind? Does this make us look bad? Can we match that?

The ratchet mechanism built into the Paris Agreement is the clearest example of the peer pressure machine at work. Countries who signed the Agreement are ‘obligated’ (with caveats: see above) to update their climate commitments every five years, with each round scrutinised and argued . In all those windowless meeting rooms in Zone D of COP26, there are rooms full of people negotiating those details. When you’re sitting in a room face to face with your counterparts you are much more likely to actually make progress on this stuff because it’s human nature – we can all ignore faceless comments over email, but when you’re three hours into a meeting with someone trying to outmaneuver you, you really have to dig in and pay attention. This is what COPs are all about.

Added to which – and thinking primarily of @bbclaurak's preview yesterday https://t.co/9YAyJc5ID8 – there is no central big deal to be reached. This is not an arms limitation treaty where Reagan and Gorbachev decide to halve their nuclear arsenals

As journalist Richard Black outlined, what COPs are not about is the host country’s government winning or losing. They are not about solving the global climate crisis over two weeks. There will be no silver bullet for the situation we find ourselves in. As long as we frame these events as ‘all or nothing’, we will only ever be disappointed.

The second week of COP will be dominated by the technical negotiations (excellent overview from Zia Weise here). These will no doubt prompt further criticism from those outside the process – including journalists who are struggling to get scoops.

The three issues outlined above are unlikely to disappear once the headline announcements subside into the background. But, together, they form a useful check for the hot takes you’ll see touted throughout the week. Anybody declaring a definitive outcome from COP before it’s over is trying to sell you a line, because we cannot know until we move to implementation of all the things being debated at COP. And the simple fact is, implementation of policy does not happen at conferences, no matter how much pressure we put on them.

*Of course, many protestors are wonks and vice versa. This isn’t a split between the naive youth and the learned climate veterans, I’m simply using the terms as a shorthand for two broad groups within the larger climate movement. The difference between the two largely comes down to choice of tactics.