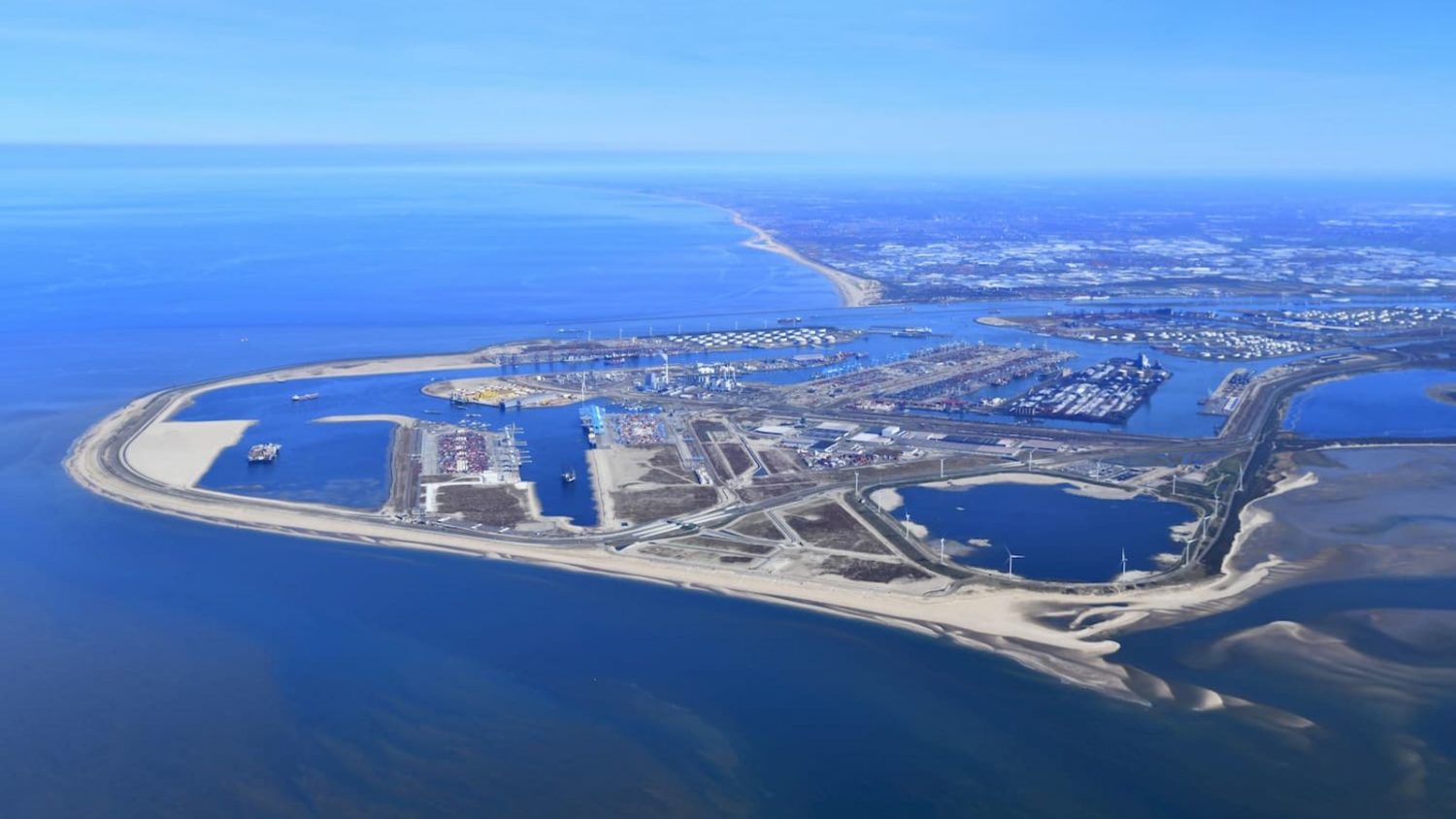 Decarbonizing industry is particularly vital for countries like the Netherlands where a significant proportion of emissions come from industrial hubs.

With the revision of the Trans-European Networks for Energy (TEN-E) Regulation firmly on the climate agenda, Mark Driessen from Porthos spoke with us about the importance of recognizing CO2 storage and transport modalities other than pipelines in the revised TEN-E.

This interview comes as part of the #TenETuesday campaign. We are running this alongside Bellona Europe in order to raise attention to the forthcoming revision of the TEN-E Revision.

[Header image from Dany Cornelissen and the Port of Rotterdam Authority]

Why is Porthos interested in carbon capture and storage?

It all initiated in the Port of Rotterdam, which most of you might already know is quite a big port. Following the Paris Agreement, the question arose: How can we decarbonize the industry in the port area? And: Is it possible to reach a 95% CO2 reduction in 2050? Following research and analysis of all possible scenarios, our answer was clearly yes – but only if you include carbon capture and storage in the whole mix of technologies needed to decarbonise. This is where it started and why we are so interested! The only way to reach the set climate targets (In the Netherlands, 49% reduction in 2030) is through carbon capture and storage inclusion.

What role can the revised TEN-E regulation play?

The TEN-E Regulation has been essential for Porthos. Three years ago, we were awarded a project of common interest status, or PCI for short. That PCI status gave us access to all benefits included in the TEN-E Regulation. The two most important results for us were the speeding up of the project and access to funding. Firstly, once you have the PCI status on the permitting side, the permitting process is quicker. Secondly, funding gave us access to the Connecting Europe Facility – known as the CEF. Funding is essential, and whichever way you look at it, a Carbon Capture and Storage project like this, at this stage, could not be realised without extra funding, which is why it was vital to us. The revision of the TEN-E is a crucial opportunity to underline the importance of Carbon capture and storage as one of the pillars of the Green Deal. And it gives the possibility to strengthen the Regulation further and incentivise industries and other partners to start investing in what is needed to get Carbon Capture and Storage up and running – this includes the whole chain from capture to transfer to storage.

How can CO2 storage recognition in the TEN-E contribute to cross border benefits in the EU?

One thing that struck me when I looked into the TEN-E Regulation was storage. Storage was not included – this struck me as quite strange. Storage is the determining factor for your whole project! Let’s be honest; the TEN-E Regulation has been very good for us because we have been awarded 102 million euros for our project. Which underlines the importance that the European Commission attaches to Carbon Capture and Storage, and we are very grateful for that because that was a real boost for the project. But if we want to develop further, then storage should be included.

From a European perspective, storage facilities are very unevenly distributed amongst the European Union Member States. The European Commission could make a real difference by recognising the transnational element and cross-border benefits of storage facilities and the importance of making CO2 storage available for countries who don’t have these facilities in their own country. If we don’t include that in the TEN-E, we risk member states developing storage fields only for their own use, leading to sub optimisation. We could invest immediately in a more extensive storage facility with a more significant transport pipeline, making it cheaper for everyone to use. This would also assist in the Carbon Capture and Storage learning curve. From my perspective, that’s probably the most important reason why storage should be included in the TEN-E Regulation now: to demonstrate and show that from a European perspective, these facilities should be open to all member states who want to make use of them.

At Porthos, we have started transporting and storing two and a half million tonnes of CO2 per year. We are also building an on-shore system that could accommodate up to 10 million tons in the future. But the interest shown in the Porthos project so far is way over 10 million tonnes. As such, this couldn’t be transported through our pipeline system in the port area. Additionally, it’s not always the best option to invest in a pipeline. Imagine you have a lot of CO2 together in a cluster, and the distance to Rotterdam is too far. In that case, a pipeline can’t be an option. That’s why we’re working to see if we can connect three industrial clusters with the Port of Antwerp in Belgium and North Sea Port is both in the Netherlands and in Belgium (Zeeland and Gent respectively). Other facilities – further away from Rotterdam with emissions perhaps not part of, or part of smaller, clusters – are already looking into CO2 transportation by ship and truck. They will be vital for the development of Porthos. We are also trying to make it possible to bring CO2 by ship to Rotterdam for offload, and then finally transported to an offshore storage field. So that’s also an important thing that should be included in TEN-E: other transport modalities in addition to pipelines. It’s not always wise, efficient or possible to invest in pipelines.

Read our factsheet on the TEN-E revisions here

About the Porthos project

The road to CO2 reduction through storage in the North Sea

The Porthos project aims to start transporting and storing two and a half million tonnes of CO2 per year starting in 2024 in the Port of Rotterdam. To make their final investment decision at the beginning of next year, they will need at least two years to build.

Porthos plans to store the CO2 in a P18 gas field beneath the North Sea (20 kilometres from the coastline of Rotterdam). These gas fields’ capacity is estimated at 37 million tonnes, filling the gas field for around 15 years. Porthos has also separated the transport and storage from the capture, meaning they are an independent open-access infrastructure for industrial clients. These clients are responsible for capturing and delivering the CO2.