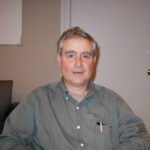 Nuclear fusion is what powers the stars and creates many of the elements that make up our universe.  A fusion reaction occurs when two elements overcome fundamental forces of nature to join together under high temperatures and pressures.  In the process, energy is released, which can be calculated through Einstein’s famous equation E=mc2.  Fusion energy is seen as having significant potential to support a zero carbon economy due to the large amounts of energy released in each reaction, abundance of fuel (hydrogen isotopes), lack of long-lived radioactive by-products, and no greenhouse emissions.  However, mimicking the conditions for fusion, effectively recreating a star on Earth, is challenging.

For much of the last century, scientists have sought to unravel the mysteries of nuclear fusion.  Uncontrolled energy-producing fusion reactions were demonstrated on Earth in thermonuclear weapons testing in the 1950s; however, achieving a controlled energy-producing fusion reaction has since remained a major scientific goal.  The majority of research and development has focused on two approaches to achieving fusion; Magnetic Confinement Fusion (MCF), which uses powerful magnets to contain and compress fusion fuels in the form of a plasma that is then heated, and Inertial Confinement Fusion (ICF), where lasers aimed at a fuel target instantaneously create the conditions for fusion.  One MCF reactor variant, the tokamak, which uses magnets to compress a plasma inside a central donut-shaped (toroidal) chamber, demonstrated early success and subsequently rose to prominence as the centre of fusion activity around the globe.

The ITER project, an international collaboration on tokamak research, has received the majority of focus in the world of fusion research since the turn of the millennium.  ITER has been an important process for developing international collaboration on scientific research. However, several novel approaches to fusion have emerged which may move more quickly and provide commercially competitive options within two decades.

The rise of commercial fusion startups

The emergence of novel fusion concepts and improved understanding of plasma physics led to creation of numerous privately funded commercial fusion enterprises.  Commercial nuclear fusion start-ups first appeared in the 2000s (TAE Technologies, General Fusion, Tokamak Energy, and others) but private fusion investment gained traction in the mid-2010s.  Fusion startups are exploring a diverse range of conceptual approaches to fusion, like  use of high-temperature superconducting magnets for tokamaks and stellarators or via hyper-velocity projectile gas guns for target implosion.  Others are developing wholly unique reactor concepts based on an approach known as Magnetized Target Fusion (MTF) – sometimes known as Magneto-Inertial Fusion (MIF) – which brings together elements of MCF and ICF.

Several approaches now being explored were theorized or developed several decades ago but were outside of mainstream fusion programs which were primarily focused on tokamaks.  Private capital has altered this paradigm and, as of February 2020, private capital investment into fusion startups totalled around $1.5 B, with investors including Jeff Bezos, Breakthrough Energy Ventures, and others.  These privately funded companies have focused on fusion concepts with commercial potential and fusion’s role in enabling a zero carbon economy.

While some fusion startups have made considerable progress, all are still far from commercialization and instead they are focused on producing a stable plasma to demonstrate fusion power breakeven.  However, several additional engineering and commercialization challenges must be overcome for a fusion reactor to achieve commercial viability.  To date, very little public financial support has been made available to commercial fusion developers.    The ARPA-E ALPHA, the ARPA-E BETHE, the Department of Energy’s INFUSE, as well as the UK’s Advanced Modular Reactor (AMR) programs have provided some support for private commercial fusion developers.  However, much broader and deeper public support will be needed to achieve commercialization in a timeframe that can impact global climate goals.