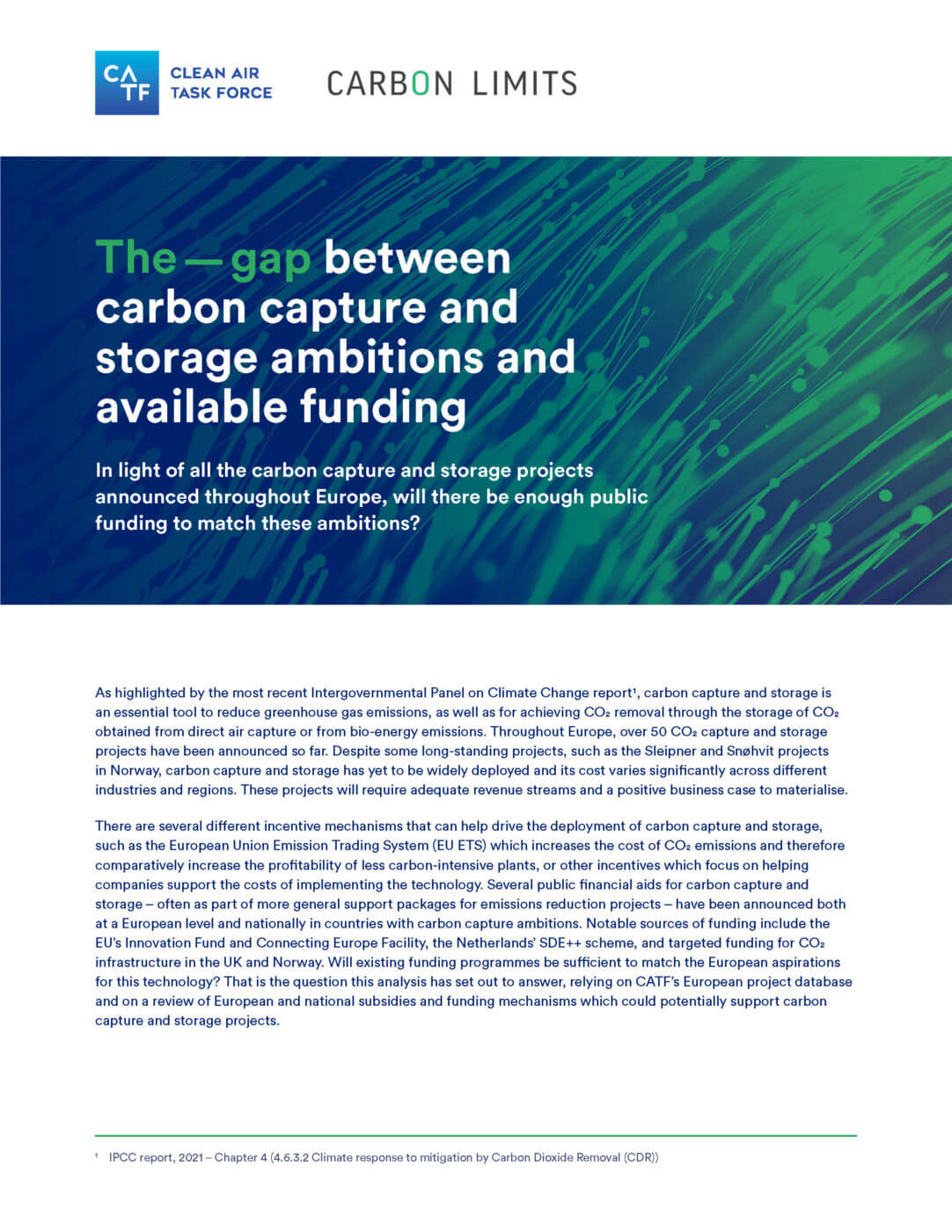 The last three years have seen rapid growth in the number of carbon capture and storage projects announced across Europe. For many of the region’s CO2-intensive industries, this technology is the most effective means of meeting binding ‘net zero’ emissions targets at the EU and national level. However, decarbonising industry inevitably comes at a cost and emitters require a positive business case to invest in cleaner technologies.

Analysis by Carbon Limits for Clean Air Task Force estimates that currently announced carbon capture and storage projects face a cumulative €10 billion gap in funding by 2030. This gap represents non-recoverable costs for project developers in Europe, once ETS savings and existing funding schemes are accounted for. Of the existing sources of funding available to carbon capture and storage, the EU’s Innovation Fund is the major contributor, with other EU initiatives providing smaller amounts. Support at the national level will also be necessary, following the pioneering example set by the Netherlands SDE++ programme, which awarded up to €2.1 billion in funding to carbon capture and storage projects in 2021.

Carbon capture and storage will not need public support indefinitely, as higher carbon prices and demand for low-carbon products emerge and technology costs are driven down. But strong investment is now essential to help cover first-mover costs and establish shared infrastructure for CO2 transport and storage.

The importance of carbon management for a climate-neutral Germany