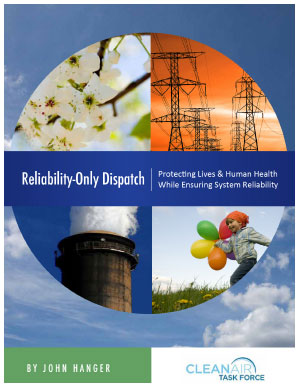 Mandated under the Clean Air Act (“CAA”), the coal- and oil-fired electric utility Air Toxics Rule creates the first ever national limits on power plant air emissions of mercury, arsenic, hydrochloric and sulfuric acids and other hazardous air pollutants (“HAPs”). The U.S. Environmental Protection Agency (“EPA”) estimates that the Rule, which will be finalized in November, will provide the nation massive health benefits each year by preventing 6,800 to 17,000 premature deaths, 11,000 non-fatal heart attacks, and hundreds of thousands of significant illnesses. The Clean Air Act requires that existing plants must comply with the Air Toxics Rule as expeditiously as practicable, but in no event later than three years after the effective date of the rule.

Some of the Nation’s power plants already have installed controls needed to meet the emissions limits as they were proposed , and many owners of the remaining units have publicly stated that they can meet the deadline. For example, Midwest Generation, one of the Nation’s largest merchant coal generators, has said that a three-year window for compliance is reasonable and it is well-positioned to timely comply with the Rule. Midwest Generation is not alone. Some companies, however, have claimed they need more time to comply.

EPA (or a state with an approved Title V program) has authority on a case-by-case basis to issue a permit that grants an extension of the compliance timeframe for an existing source by up to a year “if necessary for the installation of controls.” Nonetheless, a few commenters, including the industry group Edison Electric Institute (“EEI”), contend the limited statutory authority for case-by-case existing source extensions should and could be translated into a “blanket” one-year compliance extension for every plant in the Nation. Such an overreaching compliance delay, coupled with the lack of safeguards against completely uncontrolled emissions during the period of the delay, would unnecessarily prolong the public’s exposure to dangerous pollution. Moreover, it is unnecessary as a policy matter — the reality is the Nation does not need to choose between clean, healthy air and reliable electricity. It can have both.

Contrary to EEI’s sweeping request for a blanket one year extension to install pollution controls, five electric regional transmission organizations (collectively, “Joint RTO Commenters”) have proposed to EPA a narrowly drawn, unit-specific reliability safeguard] would not need to be invoked often, if at all.

The Joint RTO Commenters did not suggest or specify details about whether and for how long designated Reliability Critical Units would be permitted to run during any extension, but simply recommended allowing such units to continue operating only “until…the reliability issue is remedied via the most expeditious and efficient means available.” As the Air Toxics Rule will prevent hundreds of thousands of illnesses and avoid thousands of premature deaths annually when fully implemented, it is critical that any units granted compliance extensions operate only when needed to maintain system reliability. Accordingly, to minimize health risks, we propose limiting the operation of any such units to the brief periods when required to preserve reliability, i.e., when no other resource is available to meet the electricity need. Such a targeted “Reliability-Only Dispatch” approach can serve the goals of both the Federal Power Act’s reliability framework and the Clean Air Act’s express concern for near term reductions of air toxics and maximum protections for public health and the environment. As discussed further below, this approach could be used in a variety of settings to effectuate both reliability and public and environmental health goals, saving lives while ensuring electric system reliability where that is jeopardized.

In this report, we examine the potential value of a Reliability-Only Dispatch option as compared with compliance extensions without additional restrictions on operations. We conclude (based on modeling of a hypothetical limited number of unit-specific extensions) that a properly designed Reliability-Only Dispatch approach could avoid almost 4000 premature deaths and save $29 billion in monetized health damages over the year extension, as compared with extensions for the same units, but without further controls on operations.