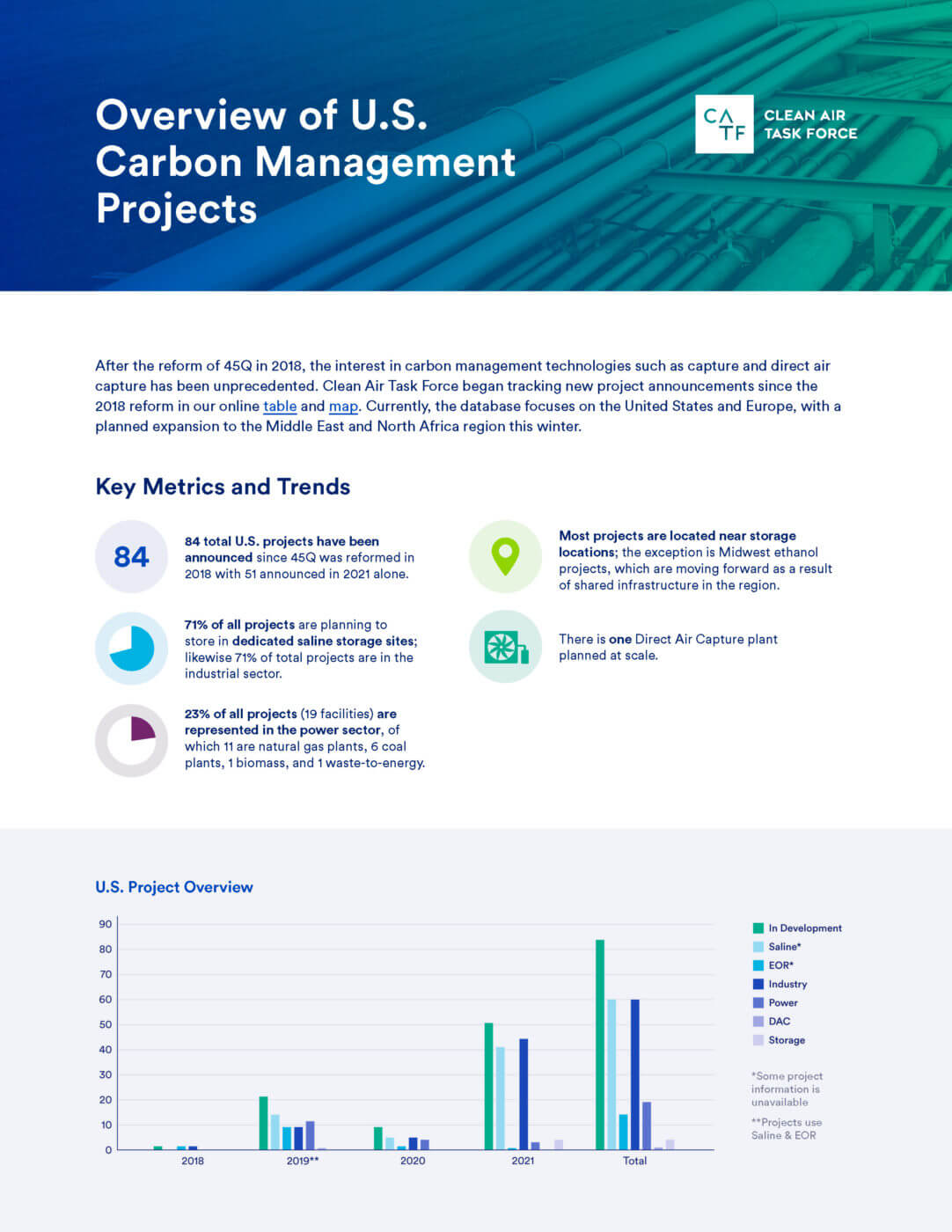 After the reform of 45Q in 2018, the interest in carbon management technologies such as capture and direct air capture has been unprecedented. Clean Air Task Force began tracking new project announcements since the 2018 reform in our online table and map. Currently, the database focuses on the United States and Europe, with a planned expansion to the Middle East and North Africa region this winter.