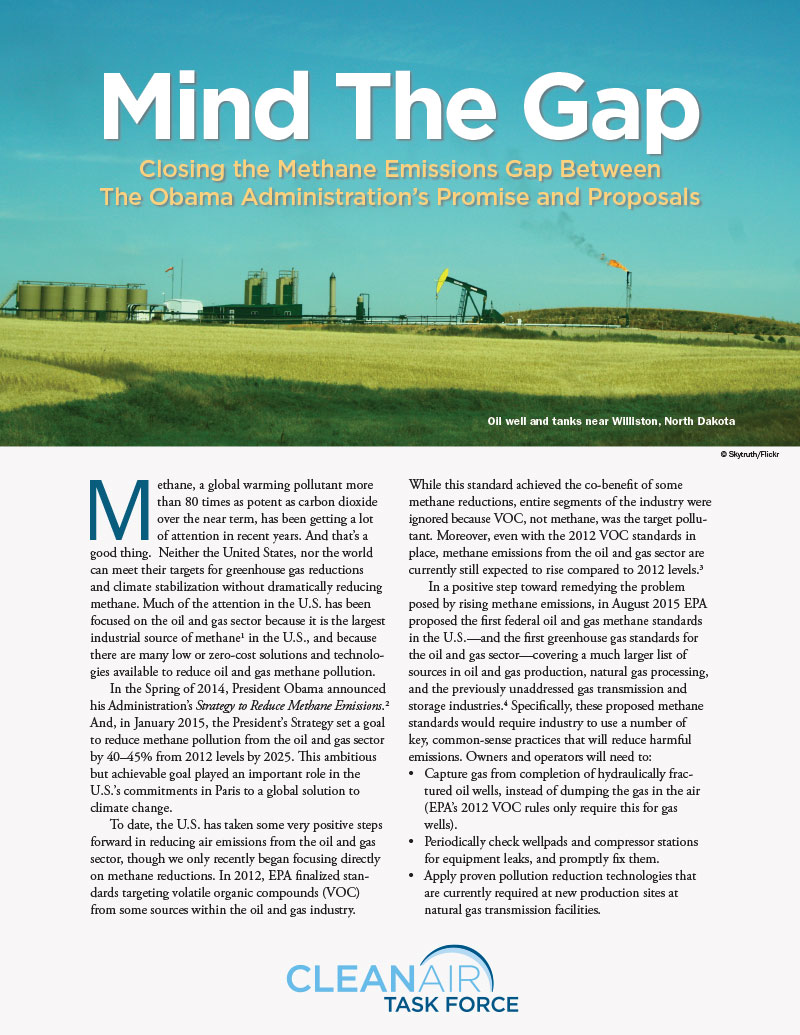 The research found that the Environmental Protection Agency’s proposed methane pollution standards for equipment built or updated in the future, together with the Bureau of Land Management’s recently proposed rule to reduce methane waste on public lands, would reduce annual methane pollution from the oil and gas industry by 28 million metric tons of carbon dioxide equivalent (CO2e). However, oil and gas methane emissions will need to be reduced an additional 75 million metric tons of CO2e in order to meet the Administration’s methane goal. These figures are based on CATF’s analysis of EPA and EIA data.

The good news, however, is that additional standards on oil and gas equipment in use today could reduce methane pollution from the oil and gas industry by more than 75 million metric tons CO2e, beyond the reductions from the rules EPA and BLM have recently proposed. If set in place alongside the proposed standards on new sources that were introduced last year, this would put the country on track to meet the benchmarks set in place by the Obama Administration as part of its effort to combat global climate change.