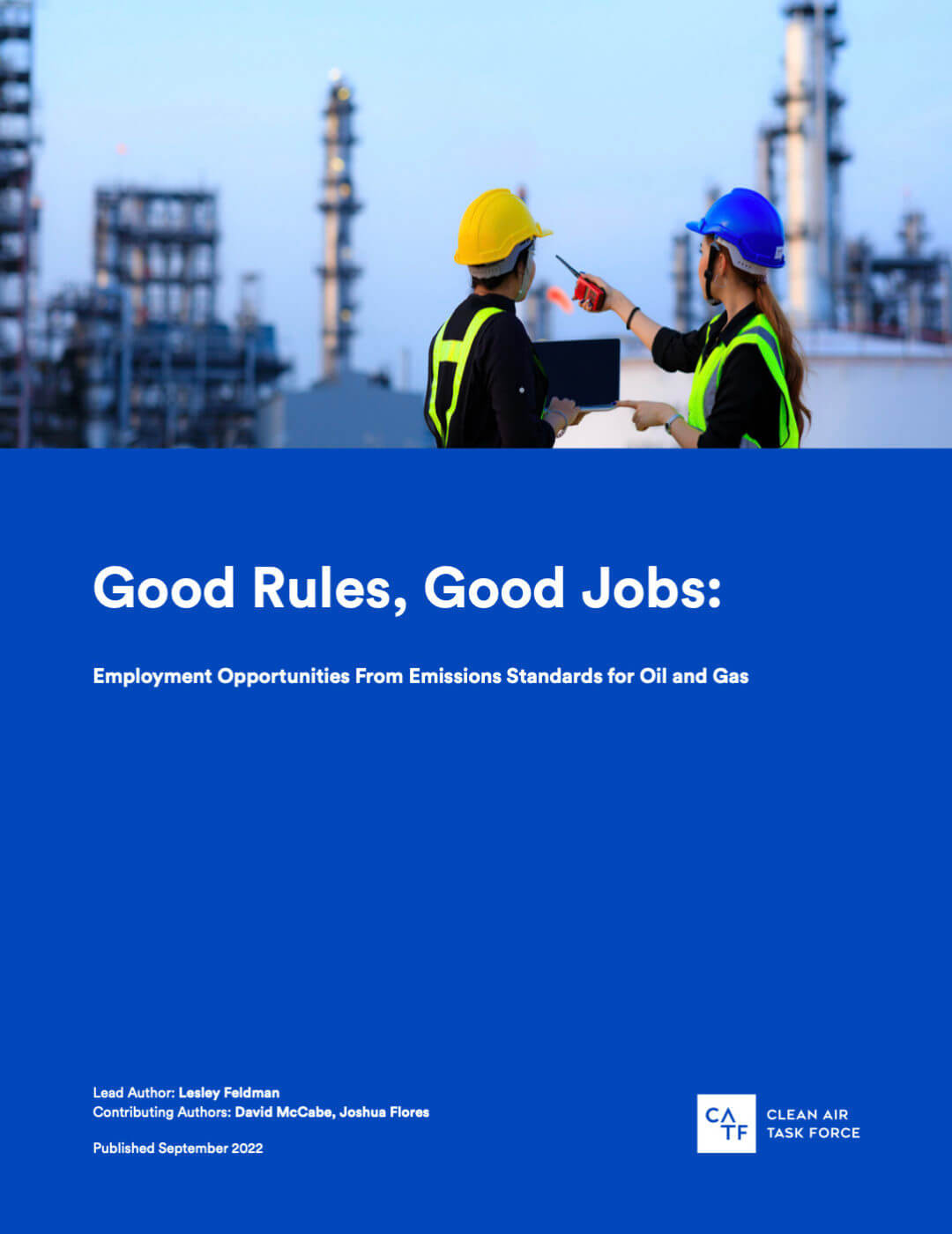 A report from Clean Air Task Force finds that strong regulations to reduce methane emissions from the oil and gas sector would support up to 220,000 high-quality U.S.-based jobs.

The report analyzed the November 2021 EPA methane proposal and found it would create 92,000 direct, indirect, and induced jobs across the country. The report also concludes that if the agency strengthened leak detection and repair, pneumatic equipment replacement, and tank and compressor controls policies as described in CATF’s 65% methane reduction plan, 220,000 total jobs will be created.

The findings complement a recently released CATF report, Fossil Fumes, that found nearly 14 million people across the U.S. are at an increased risk for cancer as a result of air pollution at oil and gas facilities. Strong methane standards – like those proposed by EPA, and the stronger standards in CATF’s 65% methane plan – would have immense environmental, public health, and economic benefits.