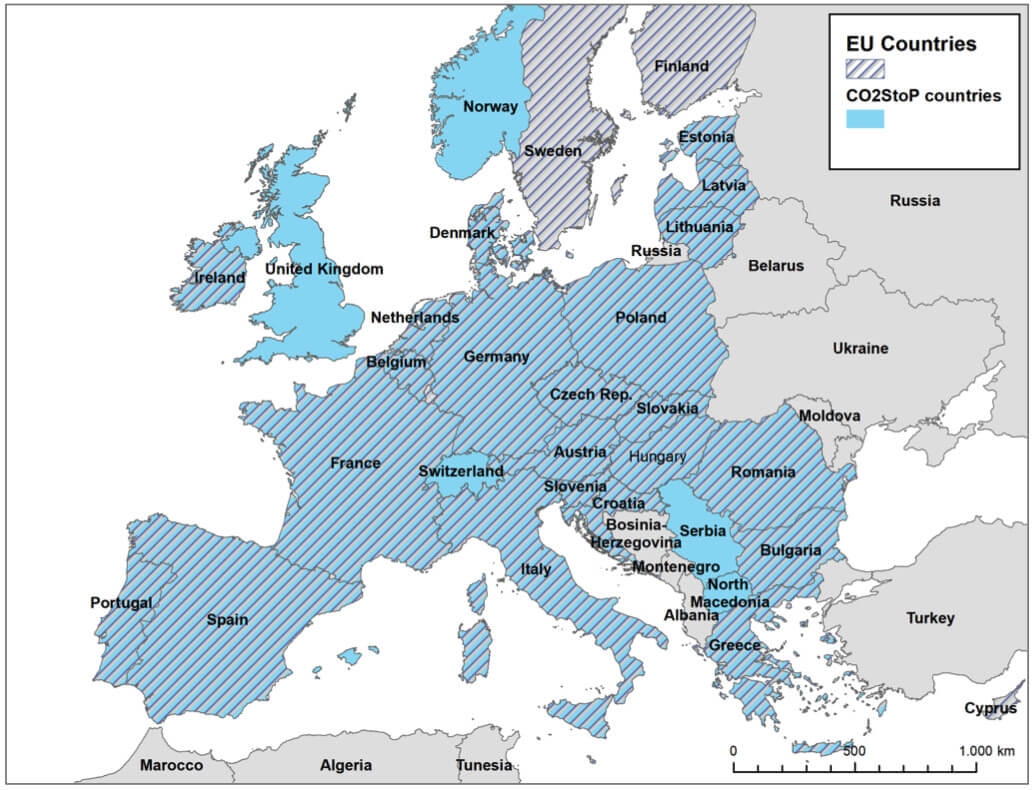 According to a new CATF-commissioned report by the Geological Survey of Denmark and Greenland (GEUS), Europe has enough geologic storage potential to store over three centuries’ worth of EU carbon dioxide emissions from stationary sources, based on 2020 emissions rates.

Carbon capture and storage has been gaining significant momentum in Europe over the last few years with more than 40 projects announced so far. Carbon capture and storage technologies are an essential tool to reduce greenhouse gas emissions by capturing them before they are released into the atmosphere and then permanently storing them in deep geologic formations.  The growth of announced carbon capture projects alongside increasing climate ambitions highlights the need for a deep understanding of what geological storage resources exist in Europe. A new CATF-commissioned report by GEUS provides a summary of EU geologic carbon dioxide storage potential based on the most recent CO2StoP project assessment. The 2015 CO2StoP project is the most comprehensive study on geologic storage potential in Europe to date and includes data from 27 European countries.

California needs clean firm power, and so does the rest of the world.