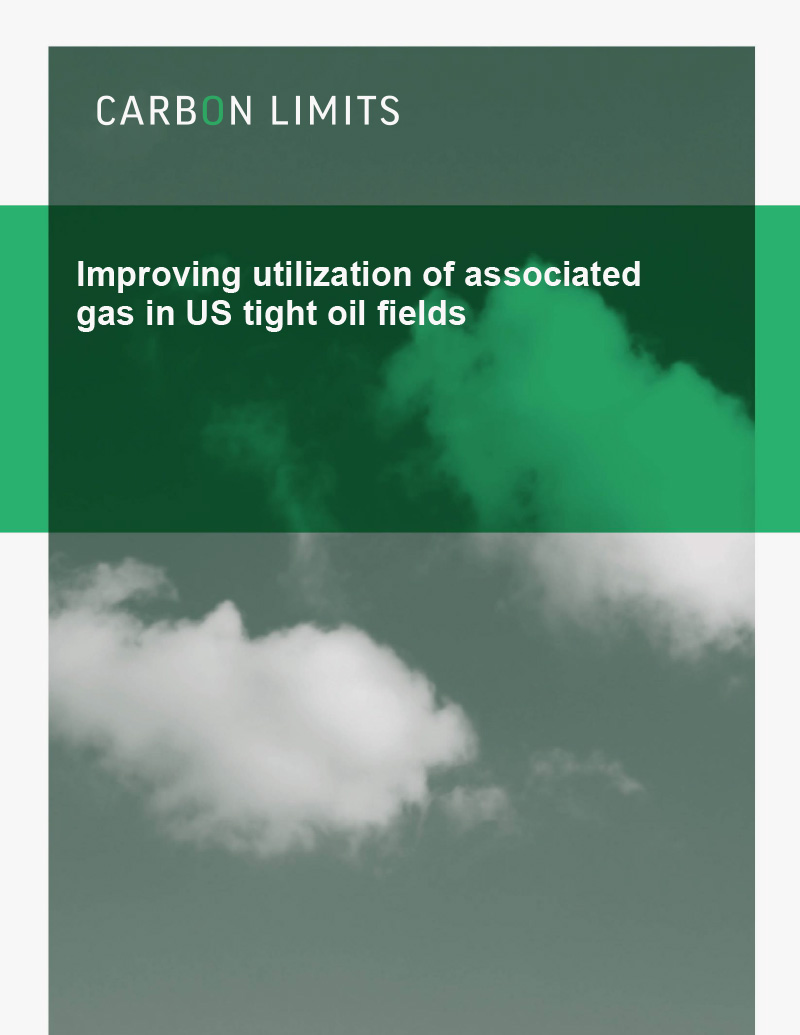 Tight oil development in North Dakota and part of Texas is now so extensive that the associated light pollution can be seen from space via satellite images.

Some of this light is coming from the flaring of natural gas at oil wells that burn 24/7, often for months at a time. This valuable energy resource is literally going up in smoke. Oil production in the Bakken formation in North Dakota and the Eagle Ford formation in Texas has grown significantly: from 0.2 million barrels a day in 2007 to around 3.1 million barrels a day at the beginning of 2015. In addition to oil, these wells produce large amounts of natural gas, and in the rush to produce oil, too often this “associated gas” is flared off (burned) instead of being captured and brought to market.

This study shows that there are several technologies, beyond building pipelines that provide alternative means to utilize associated gas or bring it to markets.