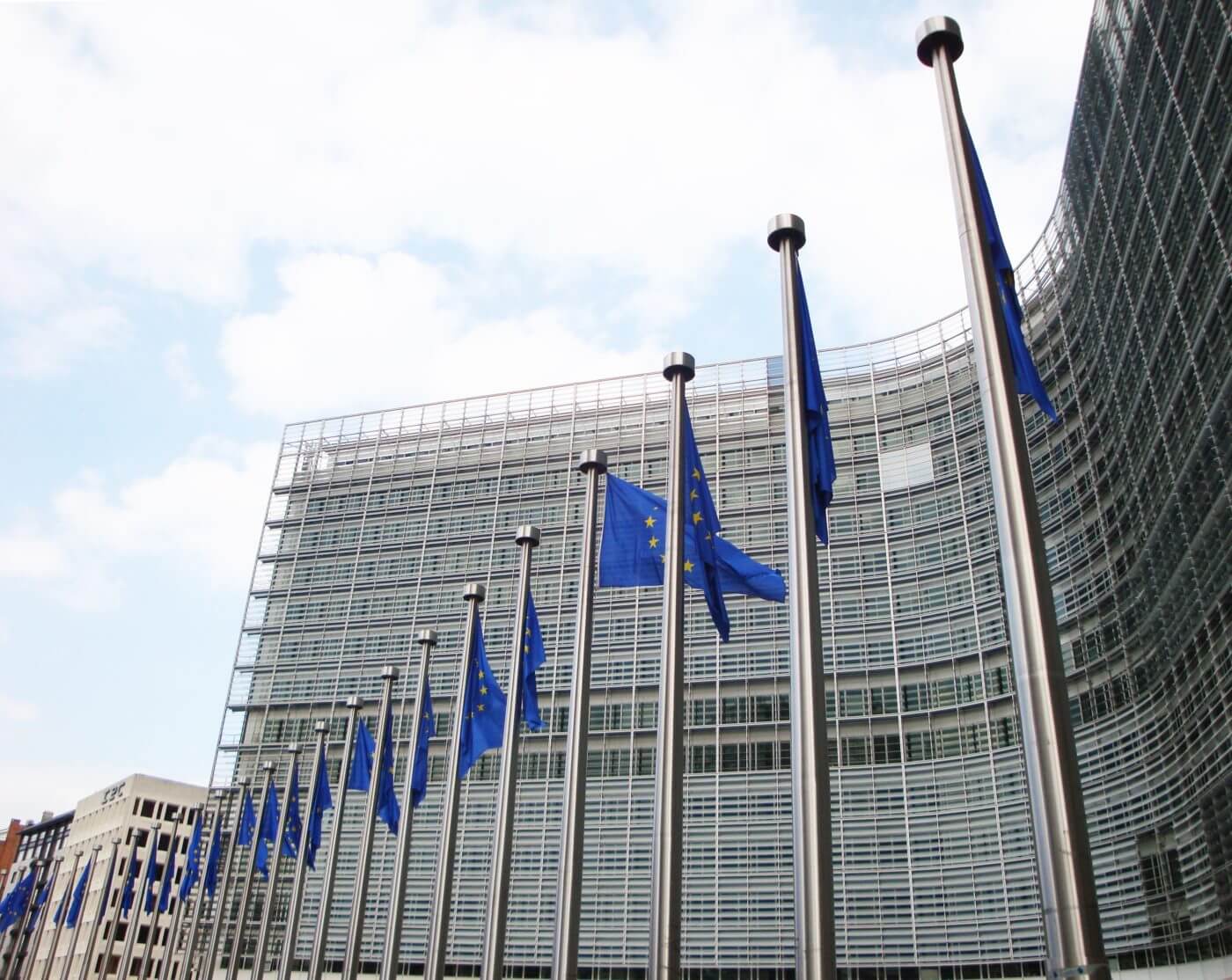 For the first time in the eleven-year history of the State of the European Union address, energy was the joint-dominant topic of the Commission President’s speech. Against the backdrop of alleviating the energy crisis in the short-term with urgency, it is crucial that one crisis not eclipse another, and that energy measures not come at the expense of climate targets.

“The current times are a stark reminder of the complexity and deficiency of the energy system, and the multifaceted factors shaping it, said Lee Beck, Senior Director, Europe at Clean Air Task Force. “Marrying energy security and climate is ultimately a question of pursuing all viable technological and policy options on the table, both for rapid decarbonisation needs and to secure stable and affordable energy supply for European businesses and citizens.”

CATF experts have picked out three key themes from this speech and related Commission materials that can help us understand and shape the European climate agenda in the coming months.

1. A focus on alleviating the immediate energy crisis

The months ahead of us will not be easy. Be it for families who are struggling to make ends meet, or businesses, who are facing tough choices about their future.

In the short term, it is especially important to focus on energy supply. Immediate emissions reductions can be built into new agreements – and the Commission’s ‘You Collect, We Buy’ idea to incentivize methane reductions from new partners is an excellent example of ways Europe can turn climate ambition into action despite external disruptions. With the United States’ newly resurgent climate agenda, there are even more opportunities to tackle methane emissions from LNG imports that will be needed to get Europe through the winter.

Europe must also focus on building the infrastructure needed for a net-zero future. CATF welcomed the broad range of technologies and policy options included in the RePowerEU strategy announced earlier this year, which aims at diversifying Europe’s energy supply in the medium-term.

The bottom line: The tough choices that European leaders have to make with regards to new energy infrastructure reflect the challenges of energy systems change and the need for more pragmatic investments as well as smart policy options to lay pathways for asset transformation.

2. An evolution of foreign policy and new global partnerships

This watershed moment in global politics calls for a rethink of our foreign policy agenda.

Themes of solidarity and unity were prevalent throughout the speech. The message was clear: Europe is rethinking its international relationships both near and far.

On the energy front, Europe is looking at a host of transformed international partnerships, especially in the Middle East, the USA and Africa, who could help Europe shift away from reliance on a single provider of energy. As a climate leader, Europe can accelerate energy innovation domestically and shape markets for the next generation of climate solutions.

For too long, Brussels has looked to solve European climate challenges in a vacuum, so this shift in focus is hugely welcome. The more holistic and global our vision and the more solutions we seek, the better able we are to mitigate the risks of transition.

In the long-term, the challenge is to avoid over-dependencies in the future, and not just in terms of fossil fuels. Von der Leyen mentioned the European Critical Raw Materials Act, which aimed securing a long-term supply of critical minerals needed to build a clean energy system. She also mentioned extending this logic to batteries and microchips, with a clear lesson: Europe must either internalize production of such crucial products or secure multiple safe partners to ameliorate supply chain risks as Europe looks to rapidly expand its renewable portfolio.

The bottom line: Without global climate gains, Europe’s decarbonisation efforts will always be flawed – partly because emissions matter wherever they happen and partly because Europe is so reliant on external actors for its energy.

It means relief for our economy. But most importantly, it means renewal.

There was a lot of talk on the need for greater green investment in the SOTEU. Just €100 billion of €800 billion available from the Next Generation EU fund has been disbursed to member states – this continued disbursement of funding should sustain jobs and growth as member states seek to navigate the energy and climate crises.

As with solar power in previous decades, European industry can push the commercialization of technology options such as carbon capture and storage, hydrogen and potentially next generation nuclear so each country or region can design a climate technology portfolio tailored to its natural resource, social and political economy circumstances.

Along these lines, Von der Leyen also announced “a new European Hydrogen Bank” that will make available €3 billion for hydrogen investments in Europe. The details are limited, but this announcement has already attracted criticism from NGOs that the European Union has succumbed to ‘hydrogen hype’, with hydrogen being positioned as an answer to the European energy supply crisis rather than a long-term climate solution.

The pushback was ratcheted up because of a vote in the European Parliament that pushed to remove additionality rules from hydrogen production. If adopted in trilogue, that would mean that hydrogen produced via electrolysers could make use of Europe’s scarce renewable electricity instead of it being used to decarbonise the grid. This has been condemned, as it would see different clean energy options competing with each other rather than against the incumbent system that relies on unabated fossil fuels.

While the Parliament vote is not the final step of the legislative process, having it happen alongside the Commission announcing additional funding for hydrogen has met concerns.  There is no doubt that clean electricity should not be diverted into electrolysers during a time of energy scarcity. Europe’s renewable energy generation must triple to meet EU’s 2030 climate goals based on the 2010-2020 period. It makes little sense to deploy precious and scarce renewable electricity to produce hydrogen when Europe is still in the process of decarbonising its electricity grid.

But it’s important to remember that the power sector is not where hydrogen’s importance truly lies.

Studies project that Europe’s hydrogen demand will increase more than 700% by 2050 in order to reach climate targets. Some of that demand may come from the power sector, but the bulk is likely to be driven by industry and transport – sectors where decarbonisation has stalled over the past two decades.

These are often called the ‘hard-to-electrify’ sectors whose decarbonisation pathways rely on other climate technologies, especially alternative fuels like hydrogen and ammonia that do not produce greenhouse gases when combusted (and can be produced with minimal upstream emissions). Europe is a long way from moving to these alternative fuels, mostly because they are not produced in sufficient quantity yet. Having €3bn available for investment could help Europe move the needle by creating a market that does not yet exist. From there, member states will still need to plan greater investments to achieve the scale of hydrogen that will needed across the bloc.

It is worth noting that, as this money will come from the Innovation Fund, this new hydrogen funding should not come at the expense of funding for other much needed climate technologies already being supported by the Fund.

The bottom line: What we need to see from the Commission is clarification on how this Bank will work. A new hydrogen bank could be crucial for the long-overdue task of hydrogen market creation in order to decarbonize hard-to-electrify; however, funds should not be used to compete with other decarbonisation pathways. The Commission should establish guardrails as soon as possible and outline a vision for how this bank will be used.

“For Europe to continue to be a climate leader in 2023 and beyond while addressing the current energy crisis, we must learn to be adaptable, to embrace the full suite of options available to us and to pursue economy wide decarbonisation as soon as possible,” said Alessia Virone, EU Affairs Director at Clean Air Task Force. “The existing policy agenda is being stress tested. That’s a challenge to navigate, but it also opens up a massive opportunity to generate a new framework capable of delivering deep emissions reductions across the entire economy.”

When first elected in 2019, President Von Der Leyen told the European Parliament, “we sometimes forget that our greatest achievements have always come when we are bold.” After weathering a series of crises from COVID to the invasion of Ukraine during her time at the Commission, CATF asks the President to stand by those words when it comes to delivering on the EU’s world-leading climate agenda.