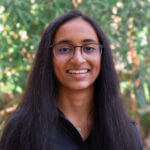 Pollution from the oil and gas industry is not only driving climate change by emitting methane. It’s putting millions of people in the U.S. at increased risk of cancer, too.

A newly updated cancer risk analysis from Clean Air Task Force finds that the oil and gas sector will put 14 million people across the U.S. at increased risk of cancer next year by emitting high levels of hazardous air pollutants like benzene, formaldehyde, and acetaldehyde. This is a significant increase – approximately 55% – over findings for 2017 previously published in an earlier version of this report.  The growth in the cancer risk from the industry is due in large part to oil and gas industry growth.

The Oil and Gas Threat Map below shows the overlap between oil and gas facilities across the U.S. and the cancer risk faced by frontline communities.

The 236 counties that face cancer risk above EPA’s 1-in-a-million level of concern are pink, red, or dark red.

Some key findings from the report include:

Many of the processes – such as venting, flaring, and leaking — by which oil and gas sites emit hazardous air pollutants also emit methane, which is a key driver of climate change. Methane is 80 times more potent than CO2 over its first 20 years in the atmosphere, and its levels are increasing rapidly.

Fortunately, due to methane’s short-lived nature in the atmosphere, reducing its emissions would have an immediate impact on the amount of warming we’ll experience this decade – and because raw natural gas contains numerous air pollutants besides methane, strong measures to reduce methane will also reduce emissions hazardous air pollutants.

And we have the solutions in hand to do it today.

Readily available technologies and regulations can reduce air pollution associated with leaking, venting, and flaring of natural gas throughout the oil and gas supply chain. Specific mitigation measures include:

EPA is currently considering regulations that would enact these best practices. Coupled with the Methane Emissions Reduction Program included in the recently passed Inflation Reduction Act, they would help address climate change while reducing cancer risk to some 14 million people living in the U.S. The agency should move these measures forward as rapidly as possible.

Read more in the Fossil Fumes 2022 update here. You can also search the Oil & Gas Threat Map here to find the impact of toxic air pollutants in your community.