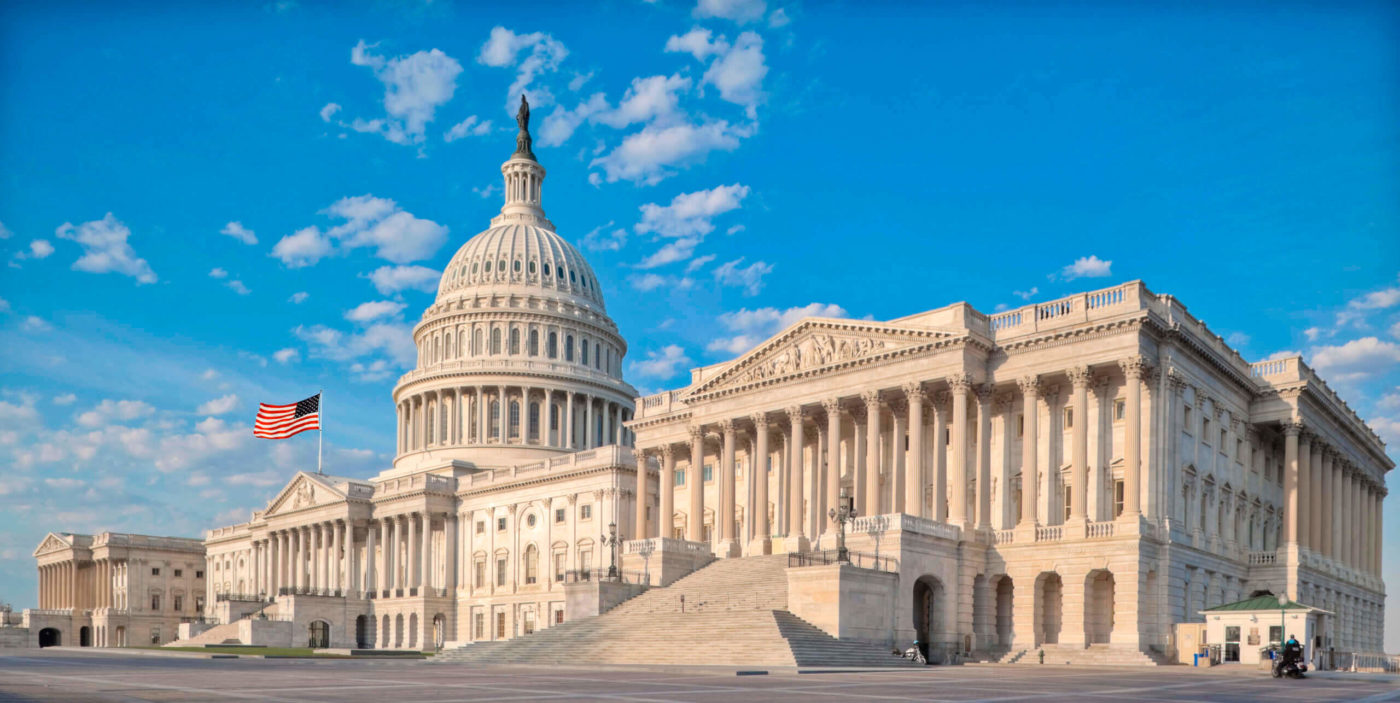 WASHINGTON — The U.S. Senate just voted to pass the Inflation Reduction Act of 2022, clearing a significant hurdle to advancing an historic bill that would unlock more than $369 billion in climate and clean energy investment.

“It’s been a marathon, and the U.S. is now within sight of an historic finish,” said Conrad Schneider, Advocacy Director at Clean Air Task Force. “The climate and clean energy provisions in the Inflation Reduction Act amount to the largest piece of climate action ever taken by any Congress, helping the U.S. surge ahead towards meeting its emissions reduction goals under the Paris Agreement while helping commercialize critical climate solutions to be deployed at scale around the world. Senate passage makes today a remarkable day for the U.S. and for the world, and one that can only be outdone by the day President Biden signs the IRA into law after House passage.”

Lindsey Baxter Griffith, Federal Policy Director at Clean Air Task Force, added: “The Inflation Reduction Act is historic not only for the size of the funding for clean energy, but for the diversity of the solutions it supports. Wind and solar, nuclear energy, carbon capture and storage, geothermal energy, zero-carbon fuels, and methane abatement are all critical pieces to climate action and to the U.S.’s long-term clean energy leadership. The U.S. needs it all, this bill has a lot of it, and we urge House members to pass it immediately.”

CATF’s experts from across the organization’s focus areas provided the following perspectives:

“The methane charge passed by Congress is a powerful complement to the methane standards EPA is expected to propose later this year and will result in more timely and deeper methane reductions. The charge provides an incentive for operators to reduce their methane emissions well before EPA’s final rules will be fully implemented nationwide, and it addresses methane emissions from many sources that are not addressed by those rules – such as offshore sources and LNG import and export terminals. It also increases funding for development and deployment of enteric methane sources like cattle. This is a groundbreaking moment for methane abatement, and one that governments around the world should take note of.” — Jonathan Banks, Global Director, Super Pollutants.

“We cannot overemphasize the transformative effect that the Inflation Reduction Act (IRA) will have on the deployment of carbon capture technologies. If the IRA were signed into law, the United States would make both a giant leap and a serious commitment to reducing carbon emissions from its hardest-to-abate industrial sectors: steel, cement, and refineries. Raising the Section 45Q tax credit to $85 would likely mean that millions of tonnes of carbon emissions would be prevented from reaching the atmosphere every year from these hard-to-abate sectors alone. Likewise, raising 45Q to $180 for direct air capture (DAC) would galvanize the carbon dioxide removal market in the U.S., leading to the removal of many millions of tonnes of legacy emissions for which this country is responsible. In total, we expect the 45Q provisions in the IRA to fuel up to a 13-fold growth in carbon capture capacity by the mid 2030s, and we also expect this bill to have a profound ripple effect on the rest of the globe. Demonstrating that a carbon capture and removal industry is viable here in the U.S. will likely mean that other countries can seize the opportunity to decarbonize their cement and steel industries, which collectively account for 12% of global emissions. The IPCC has been very clear that carbon capture technologies will be needed to achieve our decarbonization goals. The Inflation Reduction Act gives the U.S. an opportunity to realize those goals and we commend the Senate for passing this vital bill.” — Matt Bright, Policy Manager, Carbon Capture.

“Low-emissions hydrogen has significant potential as a critical climate tool for addressing hard-to-decarbonize sectors of the economy like heavy transportation and heavy industry. The new hydrogen production tax credit that will be created if this bill is passed into law would be hugely beneficial in increasing deployment of low-emissions hydrogen in the U.S. and tackling the GHG emissions from those hard-to-decarbonize sectors. Of course, achieving that promise will require comprehensive lifecycle GHG analysis of hydrogen production pathways as well as minimization of hydrogen leakage through safeguards to ensure that the production, transport, and use of hydrogen (and hydrogen-based fuels) is both safe and sustainable. This is a major step forward for zero-carbon fuels in the U.S. and globally, and we commend the Senate for passing this legislation and supporting U.S.-produced low-emissions hydrogen.” — Emily Kent, U.S. Director for Zero-Carbon Fuels.

“Enactment of the IRA would transform the United States’ transportation sector in ways that will deliver enormous health- and climate-related benefits. The bill passed by the Senate targets unprecedented investment at a wide range of zero-emissions vehicles and at the modern charging and fueling infrastructure those vehicles will need. It rewards innovation, promotes U.S. competitiveness, and provides companies with tools they can use to deliver battery- and fuel cell-powered vehicles, faster chargers, and more hydrogen refueling stations. A lot more needs to be done to eliminate emissions from transportation, but the Senate bill would put the United States on the right road, and will bolster efforts to decarbonize transportation worldwide.” — Jonathan Lewis, Director of Transportation Decarbonization

“Nuclear energy has the potential to be a key driver in the transition to a clean energy economy over the coming decades. With the targeted support built into the IRA, American nuclear energy companies will be much more empowered to achieve that potential. The nuclear-specific and technology-neutral tax credits in the bill recognize the value nuclear energy provides to a clean and resilient electrical grid. The credits will be a major boon to advanced reactor deployment starting near the end of the decade. Additionally, the $700 million in funding for high assay low-enriched uranium (HALEU)—in line with the Energy Act of 2020—is an important investment in U.S. exports and energy security. These funds should significantly help in stimulating a HALEU market to avoid issues with security of supply, which will be crucial for the expansion of the advanced nuclear industry in the U.S. and globally. Finally, the IRA’s support for both hydrogen and nuclear will help ensure nuclear energy can prove its use case for the efficient production of clean hydrogen. Hence, for these and many other reasons, we are confident the IRA is another important step towards the decarbonization of the U.S. energy sector, with positive implications for global efforts as well.” — Jon-Michael Murray, Nuclear Policy Manager

“The Inflation Reduction Act takes a positive step forward toward accelerating the development of next-generation energy technologies that will carry the U.S. into a more climate-friendly and energy-secure future. The provision for an investment tax credit for geothermal technologies will enable increased investment in the research and development of superhot rock energy, a technology that could play a pivotal role in the energy transition. Recently, through the Energy Act of 2020 and the Infrastructure Investment and Jobs Act, Congress has made investments in research and development that will be influential for catalyzing the development of next-generation technologies like superhot rock energy. Now, provisions for geothermal investment and production tax credits through the Inflation Reduction Act signal to early-stage investors that they will have support as they push superhot rock energy from the research, development, and demonstration stage into commercial viability – which could unlock a critical tool for global decarbonization” — Terra Rogers, Program Director, Superhot Rock Energy