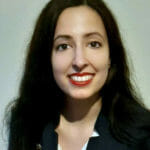 Today, the European Commission published its much-anticipated Fit for 55 Package. It consists of 13 legislative proposals completely revamping EU climate and energy laws. With the European Green Deal, the EU committed to reduce its greenhouse gas emissions by at least 55% by 2030.

It is now time for the EU to transform this target in reality with a major overhaul of EU legislations. The energy and climate legislative proposals tabled this Wednesday 14th of July aims to adapt the current European legislation to this new climate ambition and to ensure that the EU reaches its 2030 target and is on track for climate neutrality by 2050. This will be the make it or break it moment for EU climate ambition and the decarbonisation of Europe. The EU is also the first region in the world to come up with a tangible and comprehensive legislative plan to implement its climate ambition and meet the Paris Agreement’s goals.

The package of 13 legislative proposals includes both updates of existing legislations and new ones. The European Commission has grouped those into 7 areas:

As often with legislative proposals, the Fit for 55 Package contains both positive and negative elements. It is a step in the right direction, but certain elements need to be addressed to make it truly fit for the 55% emissions reduction target.

Here are the things we think need particular attention in the coming months.

Road transport in the spotlight of the debates

Transport, accounting for about a quarter of the EU GHG emissions, is set up to be one of the most complicated issues in the Package. So far, it has been included in the Effort Sharing Regulation, setting up binding emissions reduction targets for each EU Member States based on their GDP. With the Fit for 55, the Commission decided however to include transport in the EU emissions trading scheme (ETS), a market-based system pricing carbon emissions, with a decreasing cap for emissions. Transport will be in a specific separate ETS system, where fuel suppliers will have to buy allowances for their emissions. As explained by Commissioner Timmermans, the cleaner the fuels, the less they will pay. This change has however raised concerns over its efficiency to reduce emissions from transport and over the potential impact on Europe’s poorest households, as the gilets jaunes movement demonstrated the social consequences of fuel prices. This will likely be one of the major roadblocks in the negotiations as the Commission’s legislative proposals get debated by the European Parliament and the Council.

While the ETS put a carbon price for the transport sector, other legislations in the Package address how transport can be decarbonised. Cutting the emissions from the transport sector will require both electrification and the development and deployment of low-carbon alternative fuels. The EU already acknowledged the pivotal role of hydrogen with its Hydrogen Strategy adopted in July 2020, and should now translate it into reality. The revision of the alternative fuels infrastructure directive (AFID), also part of the Fit for 55 Package, includes welcomed measures in this regard and establishes that Member States should ensure a minimum number of publicly accessible hydrogen refuelling stations deployed by 31 December 2030.

Maritime sector and the push for green shipping

The inclusion of maritime transport in the ETS is a positive change. Shipping was so far the only transport sector not subject to GHG emission reduction targets or measures in the EU even though, if the sector were a country, it would rank sixth among countries with the highest greenhouse gas emissions, ahead of Germany and the United Kingdom. The inclusion of maritime transport in the ETS will finally create incentives for the sector to reduce its emissions. Moreover, the legislative proposal extends the measures to cover not only intra EU transport but also transport beyond Europe. As CATF recommended to the Commission, the current proposal covers 50% of the emissions of journeys arriving in and departing from the EU and 100% of intra EU transport. However, the Commission only plans to fully apply the ETS to the maritime sector from 2026, a delay that has no real justification.

Decarbonisation options are limited for the maritime sector—but they do exist. In particular, carbon-free hydrogen- and ammonia-fuelled shipping systems offer significant promise. The new legislation FuelEU Maritime will aims to foster the use and production of sustainable alternative fuels. The Commission adopted an approach based on increasing GHG intensity targets rather than binding targets on the use of low-carbon fuels. Unfortunately, the proposal also includes supporting biofuels despite their harmful climate impact, as well as liquid natural gas (LNG).

The questionable inclusion of LNG infrastructure

The Commission includes in AFID and FuelEU Maritime measures supporting the use of LNG and requiring Member States to deploy LNG infrastructure along the TEN-T core network for road transport and in key maritime ports. Given the potential deployment of electrification, hydrogen, and ammonia in the transport sector, and the many other forces driving for LNG import infrastructure, it doesn’t make sense to set targets for Member States on LNG infrastructure. The last place the EU should be utilizing LNG is in the transportation sector. Scarce climate-focused capital and precious time would be better served concentrating on cleaning up the existing gas infrastructure and supply routes, and building out the necessary infrastructure for zero carbon fuels.

The Fit for 55 Package is also the opportunity to foster the innovation needed to reach the European climate goals. The ETS provides revenues for the Innovation Fund, a key funding mechanism for the commercial demonstration of innovative low-carbon technologies such as carbon capture and storage. The reviewed ETS Directive in the Fit for 55 Package would increase the size of the Fund and extend its scope.

In addition, the ETS legislative proposal introduced project-based Carbon Contracts for Difference (CCfDs) to guarantee investors in green innovative technologies a fixed price that rewards CO2 emission reductions above the current price levels in the EU ETS. As carbon capture and storage technologies require large investments, the CCfDs could support the deployment of these technologies and allow them to play their role in the green transition.

Another measure supporting carbon capture and storage lies in the accounting rules of the ETS proposal as the Commission established that allowances should not be surrendered for emissions permanently stored.

CBAM and the international reach of Fit For 55

The Fit for 55 Package has been on top of the EU agenda for the last months but it will also have an impact outside of the EU borders. The Carbon Border Adjustment Mechanism (CBAM), one of the new legislations, aims to ensure a level-playing field and prevent carbon leakage. The EU wants to avoid that the new climate measures are either disadvantaging EU companies or just moving emissions outside of the EU borders with imports. It will therefore create carbon emission costs on imports of cement, fertilisers, iron & steel, aluminium, and electricity progressively phased in from 2023 until full implementation in 2026. The CBAM has raised concerns among key EU trade partners, such as China and the US.

Revenues from the CBAM levy would be partly used “to support innovation in low carbon technologies,” the Commission wrote. This ties into Ursula Von Der Leyen’s remarks during the Fit For 55 launch event, recognizing that innovation is imperative for decarbonization: “We need to move to a new model powered by innovation”.

The CBAM is also closely linked with the much-awaited phasing out of free allowances under the ETS, a demand from civil society since the development of the ETS and a necessary condition to the CBAM’s WTO compatibility.

While 13 legislative proposals were published today, the Fit for 55 Package also includes proposals coming up later this year. One of the most important ones will be the Regulation addressing methane emissions from the energy sector. The Commission announced that the upcoming legislation will establish monitoring, reporting, and verification (MRV) as well as leak detection and repair (LDAR) requirements. The Commission has however failed to strongly commit to a ban on venting and flaring, despite acknowledging their damaging environmental impact.  Nor has the Commission so far committed to address the massive methane emissions associated with the gas and oil the EU imports; ignoring that means the EU can’t be truly carbon neutral.

We’ll also be keeping an eye on another major components of Fit For 55 – the Gas Package, which is set to come in the second wave and is already attracting serious scrutiny and early lobbying efforts.

Next steps: the beginning of a long legislative process and fierce debates

The Fit for 55 Package published today is a pivotal moment for the EU climate ambitions but it is only the beginning of a long legislative process. It is the starting point for the Parliament and the Members States to debate and adopt the new EU energy and climate laws. Both the MEPs and the Member States are expected to engage in complicated and tense negotiations to find an agreement on the proposed legislations.

When the 55% target was announced, many observers criticised the target as too low, ignoring the nature of the climate crisis. Now that the nuts and bolts of Fit For 55 has been released, there is likely to be another wave of criticism, not just focused on the ambition but on the holes in the   legislative plan that will potentially undermine the EU’s ability to deliver on its stated climate ambition

The good news is that, now that the Fit For 55 is out, we can finally shift the conversation from climate ambition to climate action.

Both MEPs and Member States will need to step up to strengthen the Commission’s plan. They will have to close the current gaps to ensure that the legislation adopted in the end will be sufficient to reach the climate targets and match a sound decarbonization pathway. Given the current climate emergency, the EU cannot afford to lose another decade and must ensure that the legislation adopted now enable a fast and efficient decarbonization. At the moment, the proposals are not yet ambitious enough and elements like LNG use, timelines, or free allocations will need to be fully addressed if the EU doesn’t want to miss its targets.