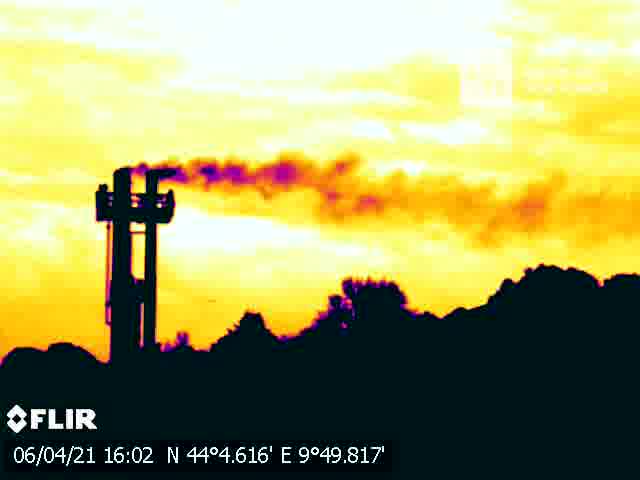 BRUSSELS — Using a state-of-the-art infrared camera, Clean Air Task Force has documented methane emissions leaking or venting from oil & gas facilities all over Europe. So far, the organization has visited over 150 sites in seven European countries and found harmful, invisible methane pollution at the vast majority of sites.

Today, Clean Air Task Force (CATF) releases footage from Germany, Italy and Hungary as the first wave of evidence for its new campaign, CutMethaneEU. The videos from these countries are available in an online library alongside information about methane emissions in Europe, as well as a dedicated petition that allows citizens to demand rapid action on methane pollution.

“We’ve all been shocked by just how pervasive methane emissions are across Europe,” said James Turitto, the campaign manager who has been filming the emissions for CATF. “It’s clear that industry best practice is being ignored up and down the supply chain. Even as one person with an infrared camera, I’ve been able to find multiple leaks in every country I’ve visited. It begs the question – why aren’t the companies and national regulators doing this already?”

The infrared cameras used to film methane emissions have previously been used to showcase unexpectedly high methane pollution in the USA, most notably for a New York Times investigation that came out in 2019. But this is the first time a trained FLIR operator has toured Europe with the camera.

In the coming months, CATF has planned visits to more countries around Europe and will continue to release further evidence of methane emissions throughout 2021.

Methane has a greenhouse effect that is about 80 times more potent than carbon dioxide over a 20-year period and is responsible for at least 25% of global heating. In addition, methane emissions have been rising much faster than anticipated by the Paris Agreement targets. Even last year, in the midst of a global pandemic, methane emissions surged to record levels.

The Global Methane Assessment, a landmark UNEP and CCAC study on methane abatement released in May, called for a 40% reduction in global methane emissions by 2030, which includes a 65% reduction in coal, oil and gas methane, resulting 0.3C of warming avoided. Even better, 60% of the reduction measures would have low or negative costs. What is lacking is the political will to bring in the necessary policies.

“Smart policies can reduce European methane emissions by 70% by 2025. Establishing strong methane regulation for the oil and gas sector is the lowest hanging fruit in EU climate policy,” said Jonathan Banks, CATF’s International Director, Super Pollutants. “We’re essentially talking about proper maintenance and plumbing. Oil and gas companies don’t do the basics because, frankly, they don’t have to, so they’d rather spend the money elsewhere. Policymakers need to change that equation, both within the EU and for companies exporting fossil fuels to EU member states.”

The European Commission released the EU’s “methane strategy” in October 2020, which serves as the starting point for a process to develop legislation to rein in methane pollution. The final version is expected in Q4 of 2021.

EU leadership on methane can be a powerful incentive for other countries to step up. Europe is the world’s largest importer of both oil and gas, and even under the most aggressive decarbonization scenarios, gas will be part of the European energy system for some time.  Strong policies to address methane emissions from any fuels produced or consumed in Europe – including emissions from production outside of Europe – will help ensure that Europe can meet its goal of being truly climate neutral.

“Methane is the carbon dioxide’s evil little brother, but while we put the CO2 in the kindergarten, methane is running freely outside of the playground,” said MEP Martin Hojsík, shadow rapporteur on the Methane Strategy for the European Parliament’s Committee on the Environment, Public Health and Food Safety (ENVI). “We have not been doing enough in the past, but the European Commission’s promise of legislation on methane emissions brings a bit of hope of a better future. Nevertheless, there is still a lot of work to be done  – we have to contribute to the worlds’ methane emission reduction by applying standards to imports, by banning routine venting and flaring and by supporting a global methane agreement – among others. Voluntary commitments do not reflect the size of the climate crisis and will not lead to the necessary emission cuts. We need concrete measures and emission reduction targets to ensure that the Earth will be a good place to live in and to prevent the thousands of premature death, billions of economic and tons of agricultural losses.”

Visit our campaign website to see the full library of evidence