A considerable amount of attention has recently been directed at the high rate of flaring in US oil and gas fields, specifically the Bakken formation in North Dakota. Local residents, state government, and Federal officials have voiced concerns over the volume of flaring, as recent data (from 2013) shows that industry flared 32% of all gas produced in the Bakken. 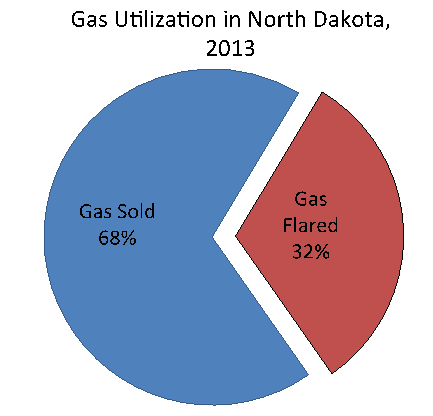 A number of reasons have been cited for why so much flaring is occurring, including inability to get permits for pipelines from federal land managers and lack of pipeline infrastructure, among others. And now Congress is weighing in with legislative proposals as well. HR 4293, The Natural Gas Gathering Enhancement Act, introduced by Rep. Cramer (a companion to a bill in the Senate by Senators Barrasso, Hoven and Enzi) was the subject of a recent hearing in the House Natural Resources Committee.

The bill would create categorical exclusions for natural gas gathering pipelines and compressor stations and allow the Secretary of Interior to bypass the National Environmental Policy Act (NEPA) process to permit oil and gas pipelines and compressor stations on federal lands, including public lands, forests, and other reservations as well as some National Park units in California. The authors of the bill blame the high rate of flaring in places like the Bakken on the perceived slow rate of permitting for gas gathering systems and compressor stations. However, a close look at the data for flaring on a well-by-well basis from North Dakota[1] tells a very different story of where and why the flaring is happening. 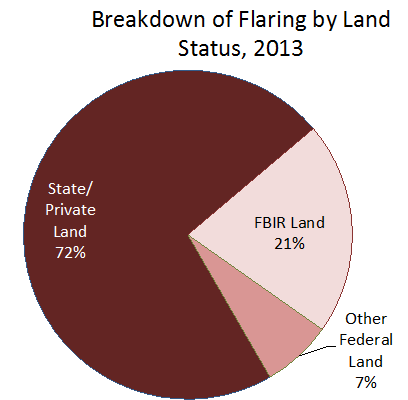 The majority of flaring in 2013 occurred at wells located on private- or state-owned land (72%). 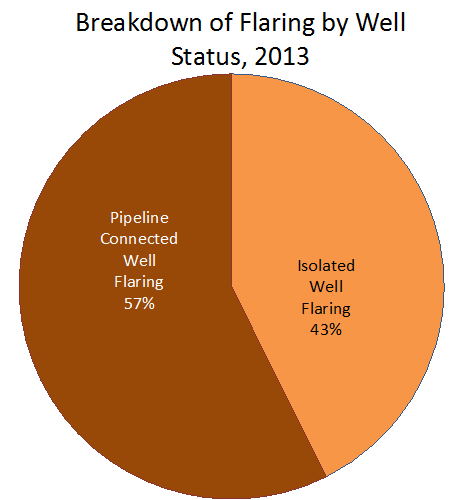 57% of the flaring statewide is from wells that are already connected to natural gas gathering pipelines. And, the rate of flaring is no higher on Federal public lands than on private / state land.[2]

For each type of land, both Private/State and Federal, the majority of flaring occurs from wells that are already connected to pipelines. Although the total flaring rate (the portion of gas that is produced that is flared) is higher on the Fort Berthold Indian Reservation than the statewide average, it is no higher on Federal public lands – in fact, it is slightly lower on Federal public lands than on Private/State land. 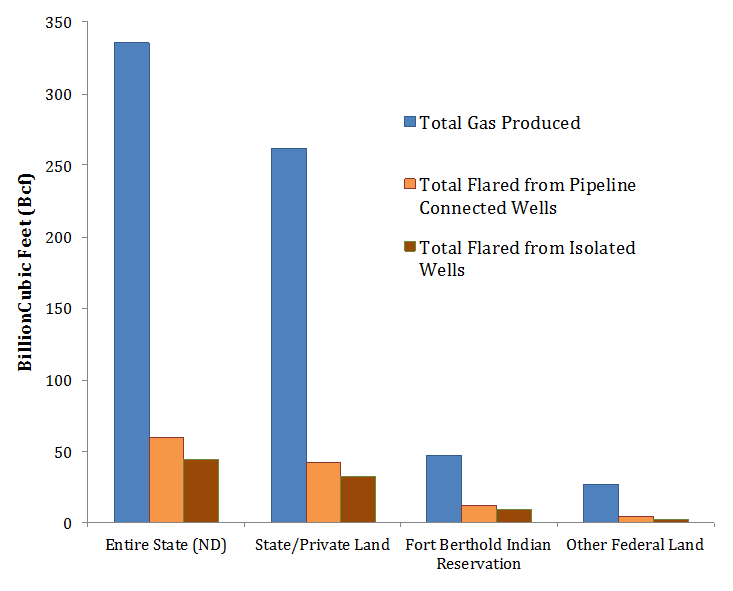 So, what explains this high level of flaring from wells that are connected to gas gathering pipelines? 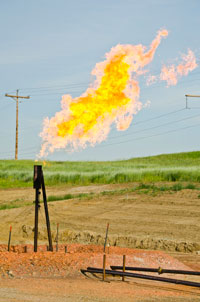 Flaring releases pollutants like CO2, NOx, particulate matter, black carbon, volatile organic compounds (VOCs), and residual methane. We can all agree that flaring is a serious environmental problem that needs to be addressed. However, waiving long-standing and proven environmental safeguards in order to build new gas gathering pipelines is clearly not the solution. Instead of bypassing these crucial environmental protections for our nations public lands, we need to deal with the root causes of the flaring problem, including the lack of front-end planning and insufficient investment in cost-effective gas utilization infrastructure.

[1] Data for this fact sheet was calculated from individual well production and flaring data from the North Dakota Industrial Commission. The analysis was performed by Clean Air Task Force and EarthJustice.

[2] These statistics are for wells located on Federal public lands and Private/State lands. Some of the wells on Federal lands are producing gas from state or private mineral estate, so these figures do not match ONRR figures for production from Federal or American Indian mineral estate.