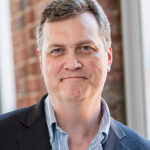 There was some rare bipartisan good news on the Hill this week, with the release of the National Enhanced Oil Recovery Initiative (NEORI) study and policy recommendations. Congressman Mike Conaway (R-TX) joined Senator Kent Conrad (D-ND) for the announcement in the Dirksen Senate Office Building, and three other Senators (Baucus, D-MT, Hoeven, R-ND and Lugar, R-IN) supplied written statements in support NEORI’s objective to significantly ramp up the use of enhanced oil recovery (EOR) in this country. If the report’s recommendations are implemented, the Initiative’s recommendations will significantly decrease our dependence on imported oil, reduce CO2 emissions, and will create good, permanent jobs in the U.S., while adding billions of additional dollars to the federal treasury without raising taxes. The initiative, convened by C2ES and the Great Plains Institute, has support from environmental groups, fossil energy companies, labor, and bioenergy companies – including Clean Air Task Force, NRDC, Southern Company, GE, the AFL-CIO, and Archer Daniels Midland. Seems too good to be true? Read on.

Enhanced Oil Recovery has been successfully utilized in West Texas since 1972, pumping pressurized CO2 deep underground into depleted oil fields to force up hundreds of millions of barrels of oil that would be otherwise not recoverable. During EOR, most CO2 is trapped in the rock., but because CO2 is both valuable and limited in supply, the CO2 that is not trapped returns to the surface mixed with the oil, and is separated, recycled and reused for additional EOR. Eventually, all the CO2 that is purchased by the EOR facility stays trapped in the micro-pores of the oil field, just as the oil was – deep below layers of impermeable caprock. Nearly a billion tons of CO2 have been safely injected since the practice of CO2 EOR began 40 years ago. EOR currently accounts for 281,000 barrels of oil per day, or 6% of our total domestic oil production. But, with next-generation technology, CO2 EOR could provide the U.S. with an additional 67 billion barrels of oil, and requiring 20 billion tons of CO2 to produce it – resulting in millions of additional barrels per day. Moreover, this figure could be much higher as new CO2 EOR oil reserves known as “residual oil zones” are proven. So what’s the holdup? Essentially, adequate supplies of CO2.

Meanwhile, abundant supplies of CO2 are being vented from industrial sources each year, trapping more and more heat in our atmosphere. For example, coal and gas power plants in the U.S. emit 2.4 billion tons to the atmosphere each year. And, according to a study last year by the National Energy Technology Laboratory, the EOR industry is facing 20 billion tons of unmet demand for CO2. If we could direct the CO2 from being emitted where it harms the climate to US oil fields, we would reduce CO2 emissions to the atmosphere while also reducing the amount of oil imported into the US. We would also begin broad deployment of a technology that is necessary for decarbonizing our energy system – carbon capture and sequestration (CCS). The potential scale of deployment for this technology will spur innovation and reduce costs.

To increase US EOR production and drive the deployment of low carbon energy technology, the NEORI study recommends a number of federal and state incentives, including tax breaks for CO2 capturers, such as power plant operators, and for transporters, including pipeline operators, to jumpstart the fledgling CO2 industry in this country. The recommendations include the development of a new tax incentive that would provide a tax credit for the first ten years for CO2 emitters who become CO2 suppliers to the EOR industry. This tax incentive more than pays for itself through additional revenue from federal taxes on the incremental additional oil that is produced. In other words, the cost of the incentive is smaller than the additional revenue that would be generated by the additional production and sale of new domestic oil. And this incremental new oil (and taxes) can’t be produced without the CO2, so it’s new, real money to help with our federal balance sheet problems. NEORI estimates this program would add a net present value of $100 billion to the US treasury over a 40-year period. NEORI also offers recommendations for modifying the existing Section 45Q Federal Tax Credit for Carbon Dioxide Sequestration, and suggests a number of model state policies including tax credits, exemptions or abatements, and the inclusion of CCS in electricity portfolio standards, among others.

All the supporters of this effort may not share a common view about fossil fuels or climate change, but they all understand this is indeed a win-win-win. Are there risks? Sure, if oil prices dropped substantially and stayed there, then the incentive might not pay for itself. An even bigger challenge is that the atmosphere in Washington may be so toxic that even a no-brainer like this idea won’t move forward. But if there was ever a chance for a big idea to succeed in our current political climate – EOR is it.

Many Climate Decisions Ahead for EPA