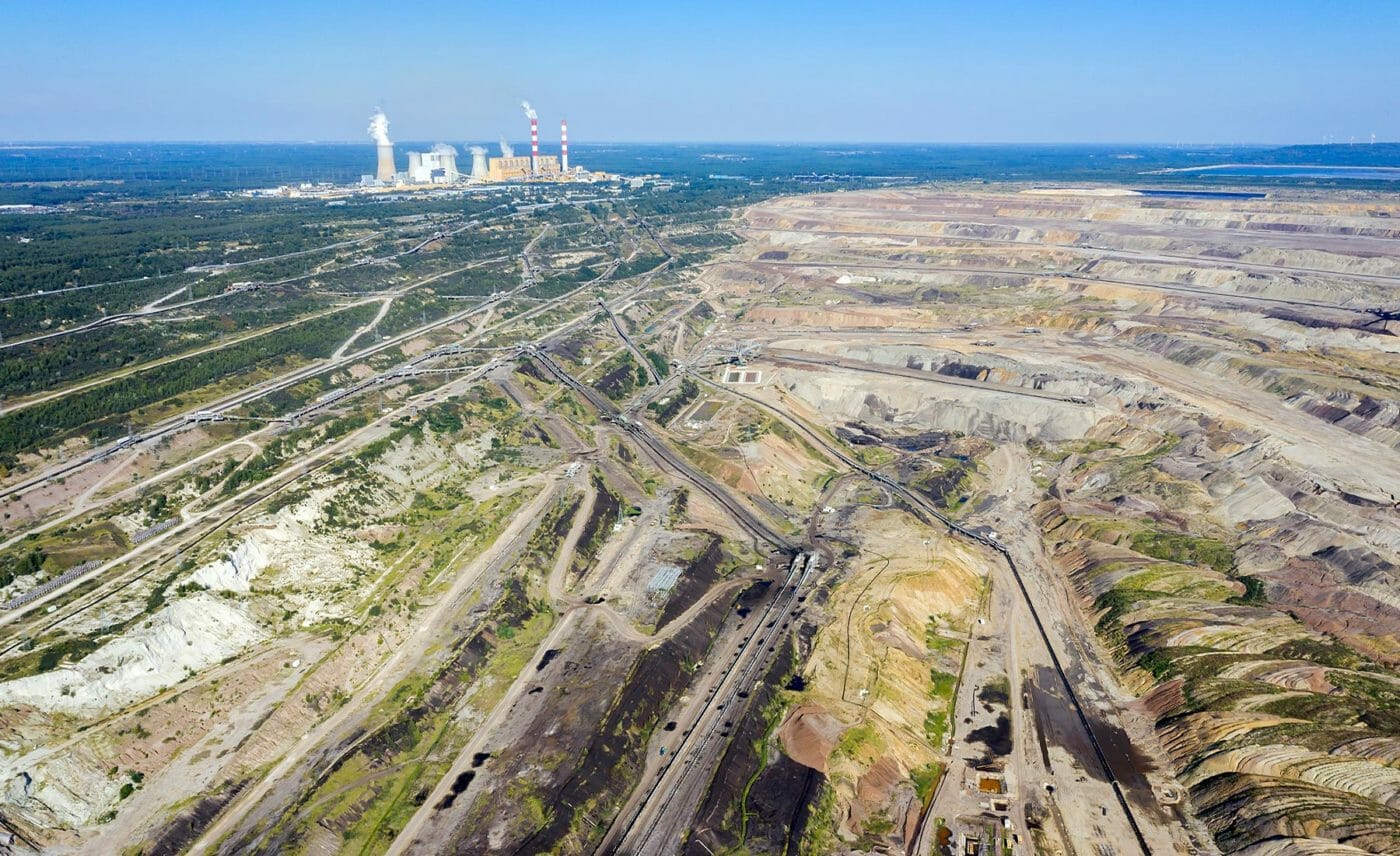 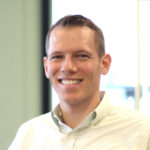 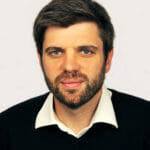 IPCC Reports are not for the faint of heart. At 2,913 pages in length, the organization’s latest salvo – Working Group III’s (WGIII) Contribution to the Sixth Assessment Report (AR6) – is sobering. It makes clear that we need nothing short of an immediate, overwhelming, and coordinated global effort to fend off the worst effects of climate change.

Zooming out for a minute, however, the overall import of the report is hopeful. Yes, emissions rose throughout the past decade, and yes, keeping global warming to 1.5 degrees Celsius will require an unparalleled transformation of our energy system. Nevertheless, the IPCC’s WGIII report clarifies that humanity has the tools (in various stages of commercialization) to decarbonize.

The report gives a balanced assessment of the opportunities and challenges for carbon capture. Below are the key findings with accompanying quotes from the Summary for Policymakers.

WGIII made clear that carbon capture and storage is a critical decarbonization strategy in most mitigation pathways. Among the 97 assessed pathways that keep global warming to below 1.5ºC with ‘no or limited overshoot’ (meaning a reduced chance of exceeding 1.5ºC in the near term), there is a broad range of possible deployment levels for the technology, with a median average of 665 gigatonnes (Gt) of carbon dioxide cumulatively captured and stored between now and 2100.

WGIII also identifies seven specific pathways, termed ‘Illustrative Mitigation Pathways’ (IMPs) that best summarize and highlight different decarbonization strategies – four that achieve 1.5ºC and three that keep temperatures ‘likely below 2ºC. Only one of the seven IMPs includes no carbon capture. However, this scenario requires global energy demand to nearly halve in the next 30 years, which is socio-politically unrealistic given the existing energy poverty around the world and that energy demand must increase as much of the world industrializes and urbanizes. Even the IMP based on particularly high uptake of renewable energy still requires more than 3 Gt of carbon dioxide to be captured and stored annually by 2050 (Figure 3.15 in the full report).

Carbon dioxide removal (CDR) from both BECCS and DACCS is also heavily relied on in most IPCC mitigation pathways, though the role of BECCS is smaller than in past IPCC reports:

“The deployment of CDR to counterbalance hard-to-abate residual emissions is unavoidable if net zero CO2 or GHG emissions are to be achieved. The scale and timing of deployment will depend on the trajectories of gross emission reductions in different sectors.” – Summary for Policymakers (SPM), p.47

By 2100, a median average of 334 Gt of biomass-derived carbon dioxide from BECCS is stored by IPCC pathways which achieve 1.5ºC with no or limited overshoot, and even more (464 Gt) by those with more chance of overshoot – higher overshoot pathways need more removals to reverse the effect of slower emissions reductions early in the century. Despite these large volumes, BECCS actually captures less carbon dioxide in the mitigation pathways compared with previous IPCC reports, in recognition of the land use and other societal and economic challenges associated with the use of such large quantities of biomass (Chapter 7).

Another notable change from previous IPCC assessments is a greater role for DACCS, which has progressed significantly in the last five years to merit inclusion in several countries’ mitigation plans. However, the technology is yet to be demonstrated at large scales and remains more costly and energy intensive than biomass-based removals; it therefore plays a lesser role in most pathways, with a median of 30 Gt captured in the 1.5ºC pathways with limited overshoot and 109 Gt in those with high overshoot (Chapter 3).

Carbon capture and storage is capable of decarbonizing many industrial processes

As discussed in Chapter 11 of the report, carbon capture and storage is vital for decarbonizing hard-to-abate industrial emissions, which require high-temperature heat or inherently produce carbon dioxide. Emissions from this sector are growing faster since 2000 than any other sector, driven by growth in both GDP and the materials intensity of society.

“The use of steel, cement, plastics, and other materials is increasing globally, and in most regions.” – SPM, p. 38

In the near term, carbon capture and storage is the only feasible technology solution to decarbonize cement.

“Until new chemistries are mastered, deep reduction of cement process emissions will rely on already commercialised cementitious material substitution and the availability of CCS.” – SPM, p. 38

The options for decarbonizing the steelmaking process depend largely on employing hydrogen-based production methods (in combination with electric-arc furnaces that run on carbon-free electricity) or using carbon capture. Likewise for chemical production and use, carbon capture is a key decarbonization strategy.

“Reducing emissions from the production and use of chemicals would need to rely on a life cycle approach, including increased plastics recycling, fuel and feedstock switching, and carbon sourced through biogenic sources, and, depending on availability, CCU, direct air CO2 capture, as well as CCS.” – SPM, p. 38

Many mitigation pathways therefore show significant use of carbon capture in the industrial sector. Even the IMP based on high levels of renewable energy use and process electrification (IMP-Ren) requires a rapid increase to nearly two Gt of industrial CO2 captured by 2030, while pathways relying on slower action offset by carbon dioxide removal see extensive use of BECCS in industry (Figure 11.12 in the full report).

Although low-cost renewables such as wind and solar power will play a growing role in our energy system, the mitigation pathways show a broad mix of electricity generation technologies deployed, including carbon capture (Chapter 6). Specifically, the Report says that use of fossil fuels with carbon capture is one of several options for lowering the total cost of decarbonization in energy systems where renewables are supplying most of the energy use. Carbon capture can also enable the low-emission production of zero-carbon fuels that will be needed for decarbonizing sectors such as industry, transport, and buildings.

“Net-zero CO2 energy systems entail: a substantial reduction in overall fossil fuel use, minimal use of unabated fossil fuels, and use of CCS in the remaining fossil system; electricity systems that emit no net CO2; widespread electrification of the energy system including end uses; energy carriers such as sustainable biofuels, low-emissions hydrogen, and derivatives in applications less amenable to electrification; energy conservation and efficiency; and greater physical, institutional, and operational integration across the energy system.” – SPM, p.36

WGIII’s Chapter 6 makes clear that we need to either transform existing fossil fuel facilities or retire them. We cannot allow any new forms of unabated emissions, and carbon capture is one of the most suitable technologies for this. A median of 196 Gt of fossil carbon dioxide is cumulatively captured and stored across the low-overshoot 1.5ºC pathways. Use of carbon capture in the remaining fossil system is highlighted as a key component of a net-zero energy system.

“All global modelled pathways that limit warming to 1.5°C (>50%) with no or limited overshoot, and those that limit warming to 2°C (>67%) involve rapid and deep and in most cases immediate GHG emission reductions in all sectors. Modelled mitigation strategies to achieve these reductions include transitioning from fossil fuels without CCS to very low- or zero-carbon energy sources, such as renewables or fossil fuels with CCS, demand side measures and improving efficiency, reducing non-CO2 emissions, and deploying carbon dioxide removal (CDR) methods to counterbalance residual GHG emissions.” – SPM, p. 32.

“The technical geological CO2 storage capacity is estimated to be on the order of 1000 gigatonnes of CO2, which is more than the CO2 storage requirements through 2100 to limit global warming to 1.5°C, although the regional availability of geological storage could be a limiting factor.” – SPM, p. 37

The United Nations’ 17 sustainable development goals (SDGs) are designed to help improve the quality of life for humans around the world and include objectives such as “Good health and well-being” (SDG 3), “Decent work and economic growth” (SDG 8), and “Industry, Innovation and Infrastructure” (SDG 9). As shown in Figure SPM.8 and discussed in Chapter 11, carbon capture is a technology that can help societies achieve Sustainable Development Goals (SDGs) and provides important economic and social co-benefits.

As pointed out in Chapter 6, in the short term, the costs of carbon capture and storage can vary significantly depending on the application and the region where the technology is used. These costs need to be decreased through both innovation and deployment, leading to economies of scale, and learning by doing. Yet, Figure SPM.7 also shows that all technologies in the energy sector except wind and solar are expensive in the short term. Water scarcity could also be a technical challenge to deploying carbon capture on power plants in more arid regions, although various strategies and technologies are emerging to reduce water use. Finally, several important applications of carbon capture require further development to reach full technical maturity and commercialization.

“CCS is less mature in the power sector, as well as in cement and chemicals production, where it is a critical mitigation option.” – SPM, p. 37.

“Currently, global rates of CCS deployment are far below those in modelled pathways limiting global warming to 1.5°C or 2°C. Enabling conditions such as policy instruments, greater public support and technological innovation could reduce these barriers.” – SPM, p. 37

WGIII makes clear that avoiding the worst effects of climate change relies on two overarching strategies: first, preventing as much greenhouse gas (GHG) emissions as possible from reaching the atmosphere (with solutions that include carbon capture) and second, removing carbon dioxide already in the atmosphere (with solutions that include carbon dioxide removal). Under those two strategies exist a range of technologies each with their merits and drawbacks. The benefit of carbon capture is that it can implement both strategies in a significant way.

It’s clear that we need a lot of carbon capture to keep global warming in check. The more policymakers understand the implications of WGIII’s AR6 contribution, the more they should understand the urgent need to ensure these technologies are developed and commercialized as a viable decarbonization technology option for widescale deployment.