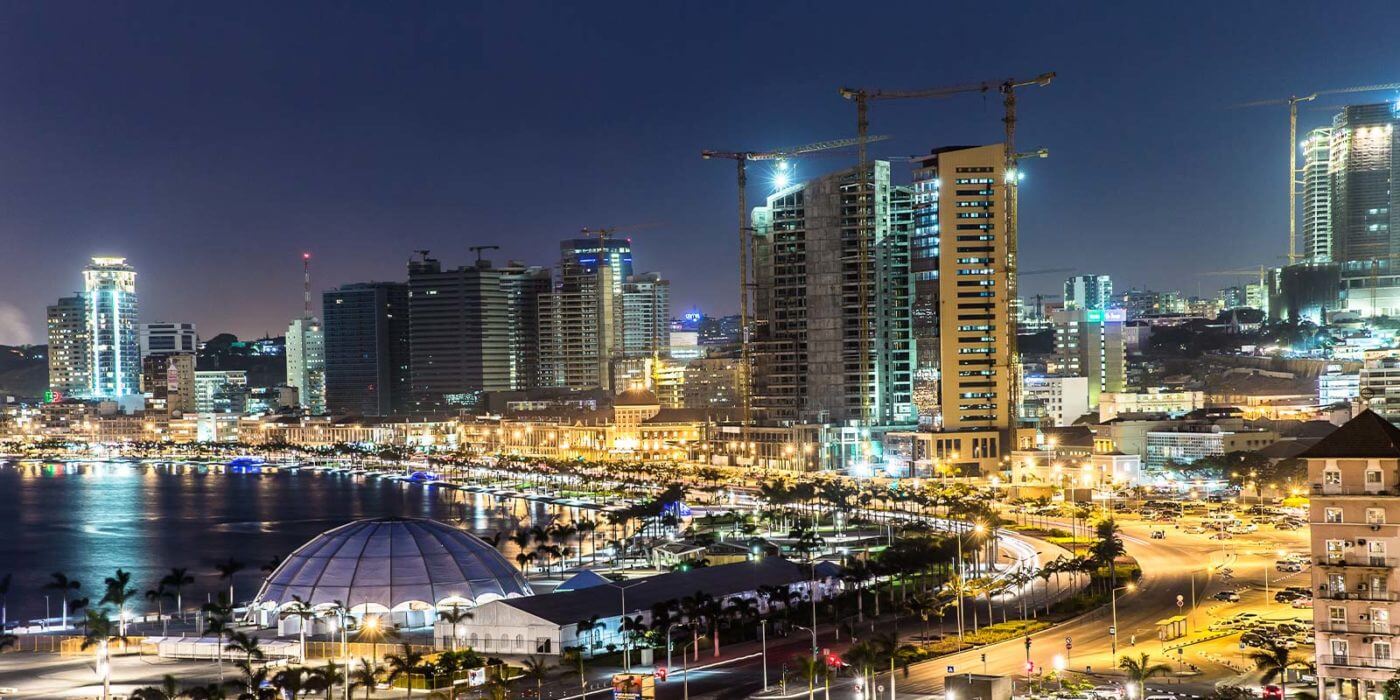 This post was written by Nair de Sousa, who worked with CATF as a 2021 Mandela Washington Fellow.

Recent reports from the Intergovernmental Panel on Climate Change and the International Energy Agency have emphasized the need for both swift actions to avoid the worst impacts of climate change and the need for carbon-free technologies like carbon capture to put us on a pathway to a net-zero emissions future.

Carbon capture refers to a suite of technologies that capture carbon dioxide emissions from industrial and power facilities and directly from the air, transport them, and store them underground in geologic storage. Commercializing carbon capture around the world is critical to climate action, and we must accelerate its deployment in every corner of the world, including in developing economies where energy demand is likely to increase significantly. Understanding this, I decided to dig into the prospects for carbon capture and storage in my country, Angola, examining the deployment opportunities and main barriers hindering its deployment.

Angola has good preconditions and hydrocarbon reserves from well-characterized sedimentary basins that present ideal opportunities for carbon dioxide storage. They are composed of depleted mature oil and gas fields with saline trapping rocks that have proved their efficiency, which pose a good indication of storage capacity. Another option involves injecting carbon dioxide through Enhanced Oil Recovery operations used to improve the footprint of oil produced and bolster carbon capture deployment.

Opportunities for carbon capture deployment in Angola include blue hydrogen production, using the country’s vast fossil fuels resources. Preliminary insights posted by the Global CCS Institute show that 59% of Angola’s carbon dioxide emissions are fugitive emissions from venting or gas flaring. Apart from the existing refineries in Luanda and Lobito with a refining capacity of 60,000 barrels of oil per day – as compared to an average of 1.2 million barrels produced – there are also plans to build two additional refineries in Cabinda and Soyo and increase refining capacity up to 500,000 barrels per day as reported by PetroAngola. These refineries could be decarbonized with both carbon capture and clean hydrogen deployment. Moreover, the agriculture sector accounts for 36% of emissions with increased investments in fertilizers and methanol due to high-quality soils requiring sufficient water supplies. Another 4% of emissions are from the production of ethanol for 160 000 MWh of bioelectricity per year; the cement market accounts for 1% of emissions due to a ramp-up in production between 1990 and 2010.

Angola, like many African countries, needs access to abundant, always available, and cost-effective power to support economic growth. Firm power and strong, centrally dispatched grids, coupled with well-functioning utilities, will remain essential to Angola and its neighbours as they pursue their economic growth agendas. As part of a path towards sustainable transition, Angola needs to reduce emissions from its existing fossil fuel facilities.

On a global scale, Angola is a relatively low emitter of cumulative greenhouse gases today, but the time is ripe to build foundations for the development of a range of low carbon options. This will help position these technologies for wider adoption as they become economically feasible for African markets, while ensuring that the extraction reliant economy of Angola is ready to operate in a net-zero future.

One of the main barriers to carbon capture deployment in Angola is the lack of a robust carbon dioxide-related regulatory framework. A critical issue in Angola is that legislation is vague and there could be opportunities for carbon management beyond the oil and gas sectors. Hence, a unified and consistent policy framework would regulate carbon emissions from diverse types of industrial facilities. This enables the creation of a National Council on Energy Policies for exploration and use of natural gas, which should not be totally exported but partially used for electricity production, considering that only 30% of the population has access to electricity, as reported by Flavio Inocencio, an international energy transition consultant. Furthermore, another example of weaknesses in the Angolan legislative regime is the lack of incentive for industries cutting down carbon dioxide emissions. This is a clear demonstration of a lack of effective regulatory frameworks and it needs to be readdressed.

A more positive contribution to the development of the Angolan economy requires the country to embrace innovative strategies and challenges involving collaborative task forces of leadership from the public-private sectors at the global level. Although carbon capture is perceived as not economically attractive, the existing drivers for deploying such activities need to be sought and innovative solutions have to be found. For example, a price should be assigned to carbon markets with a consensual observation of economists, industrialists, legislators, environmentalists, academics and any other stakeholders so that taxations could make strong public policies that promote advances in the economy. For example, the 45Q Carbon Oxide Sequestration Tax Credit in the U.S. encourages businesses to capture carbon from their operations by offering $50 per metric ton of carbon dioxide permanently stored or $35 if the carbon dioxide is put to use, such as for enhanced oil recovery activities. Additionally, the levelized costs of electricity should be calculated and assessed based on important parameters such as coal prices, carbon dioxide prices, and potential revenues from selling hydrocarbons obtained through enhanced hydrocarbon recovery.

Although referring to very distinct market realities, this would substantially modify the existing economic paradigm to incentivize carbon capture and storage. Hence, new regulations and tax credits are needed as it would lure Angolan companies and investors to place more efforts on firms working on lower-cost capture technologies.

Indeed, technological and economic constraints of deploying carbon capture at each emitting facility have to be carefully considered mainly because most industries have lower or no experience with carbon capture technologies. All sectors experienced in handling carbon dioxide could provide platforms for the first carbon capture projects and broader deployment is contingent upon the availability of concessional financing sources and carbon market mechanisms. The less experienced industries have to start building carbon-capture facilities within an agreed medium to long-term period of years of the credit’s validation and once the facilities start operating they will then be in a position to claim their money. On the other hand, funding should be supported in parallel by updated legal and regulatory frameworks not only to define mechanisms for accessing climate finance but also to reduce investment risks.

A Need for Additional Research

Developing countries should look for real numbers and data to assess the overall potential for carbon dioxide capture where it is technical and economically feasible.

International experience has demonstrated that using shared regional carbon dioxide infrastructure enables wide capture and minimizes the scale of investment required to build transport networks and reduces land use while maximizing local/international decarbonization targets. It is critical to find low-cost eligible facilities which can be feasibly used under consistent policy context with environmentally conservative assumptions for protecting natural resources and indigenous or public lands.

Estimates of economic benefit scale are achieved when using large shared trunk lines that reduce the per ton cost of carbon dioxide transport; smaller pipelines that connect individual facilities built for single projects result in higher per-ton transport costs. Overall, carbon dioxide network infrastructures of large trunk lines carrying carbon dioxide from several facilities toward many storage sites can lower transport costs over long distances and this is the reason why Angola and other African countries should collaborate so the idea of capturing and storing carbon dioxide can be more economically attractive.

Finally, more research on carbon capture and storage is needed in developing economies, such as Angola, for effective contribution to the energy transition with new technologies striving to reduce carbon dioxide emissions and fulfilment of the Paris Agreement. This would reduce poverty and create huge potential job opportunities for youth while strengthening the technical capacity of the country’s human capital.