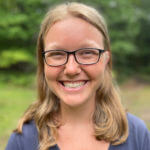 Superhot rock energy is a visionary geothermal technology that gathers heat from deep in the Earth to power low-carbon electricity production and clean hydrogen generation. It can serve as an affordable, always-on clean energy source, and it has the potential to transition knowledge, expertise and technologies from oil and gas into clean energy jobs. Furthermore, superhot rock has low land use requirements, and can increase energy security by providing a local source of abundant, clean firm power.

Superhot rock energy is considered to be most efficient when drilling into rock that is highly pressurized (22 MPa) and hotter than about 374°C (ideally as hot as 400°C or more). Once the hot rock is accessed, water is circulated through fractures or pipes to gather heat and then brought safely back to the surface. While this is an emerging technology, a number of projects have already reached superhot conditions, and more are planned for the future.

The depth required to reach superhot rock varies – in some parts of the Earth’s crust the heat is shallow, and in some parts it is deeper. Research laboratories across the world are currently working to improve our understanding of the depth to temperatures of 400°C by increasing the accuracy of simulated models and cross-referencing measurements taken in the field. Furthermore, private industry is actively pushing the frontiers of drilling technology and providing innovative solutions so that superhot rock can be accessed almost anywhere in the world, no matter how deep. Currently, superhot rock can be accessed where heat is shallow (i.e., less than 10 km deep).

In order to drive awareness of superhot rock energy’s unparalleled potential, CATF created a Superhot Rock Project Map which highlights superhot rock projects in various states of maturity. The map shows the estimated depth to reach 450°C across the world, as well as existing and planned superhot rock projects and wells. The wells and projects are grouped into regions. Factsheets for each region provide more information on the depth of superhot rock wells, pressure and temperature reached, the region’s tectonic setting, and the local geology and reservoir type. These factsheets are available by clicking into the regions noted on the map. These factsheets will be augmented in 2023 with data specific to well-failures (if applicable) and unique innovations stemming from each project or well.

Many areas of the world have superhot rock located less than 10 km below the Earth’s surface. These areas have extremely high potential for superhot rock, as current technologies are already capable of drilling to this depth. Though technological innovation is still needed to support drilling, well completion, and reservoir creation in these very hot and high-pressure conditions, these regions are ripe for superhot rock development and testing.

Once technological innovations have advanced adequately to allow for ultradeep drilling into superhot conditions, superhot rock energy will be available essentially anywhere in the world. While the research, development, and demonstration of ultra-deep drilling may take 5-10 years to reach maturity, superhot rock still has global potential in the short term. The map shows large areas on every continent with access to superhot rock at depths currently accessible (less than 10 km). This is also exemplified by the fact that there are superhot rock projects drilled or planned in every continent except South America and Antarctica.

Most superhot rock potential is untapped

Fewer than 50 wells have been drilled into superhot or near-superhot conditions, across only about 20 project areas in eight countries (the U.S., Mexico, Iceland, Italy, Greece, Kenya, Japan, and New Zealand). The vast majority of areas where superhot rock energy is available at shallow depths do not have an associated superhot rock project.

The limited number of superhot projects thus far is largely due to a severe lack of funding. Early demonstration projects support innovation and “learning by doing” into superhot rock, and are crucial to developing the technologies needed to take advantage of its potential. But new technologies are risky, and many private investors have been hesitant to provide funding. Significant public investment will be needed to support early-stage demonstrations and technological development into superhot rock. Once these demonstrations have proven out superhot rock’s capacity, private investment is anticipated to grow quickly and support the commercialization process.

Superhot rock development is in its early stages – but growing

The planned projects (Level 1) on the map indicate growing interest in superhot rock and an increasing pipeline of projects. Of the 23 projects listed, almost half (9 projects) are Level 1. The fourteen Level 2 projects are spread across nearly sixty years, with the earliest superhot rock well being drilled in 1964-1965 (at the Salton Sea) and most wells being drilled in the 1980s. It is encouraging that the number of superhot rock projects planned over the next few years is almost equivalent to the aggregate of all prior superhot rock development over 60+ years. Even considering the wells drilled (rather than projects, which include multiple wells), the number of superhot rock projects currently planned is significant – and more projects will become public as companies secure land and begin to prospect.

There are two key policy levers which governments across the world can use to capitalize on the potential of superhot rock energy: investment and regulatory development.

Another key policy need for superhot rock energy is the development of an appropriate regulatory regime to ensure that superhot rock development is both safe and efficient, helping to meet the need for urgent action to reduce CO2 emissions and ultimately avoid the worst effects of climate change. Though details will vary from country to country, this is a key global need.

Superhot rock energy has the potential to revolutionize our world’s electricity and power sectors, enabling an affordable transition to clean, locally-produced energy around the world. With a relatively small investment, governments can help develop this transformative energy source and shape the future of their economies and our planet.

Clean Air Task Force created this map based on our open-access spreadsheet to track and visualize the growth in superhot rock energy development. CATF envisions this map as a living document with regular updates. If you would like to be included or see information that needs updating, please contact Philip Ball at pball@catf.us.