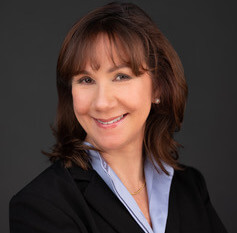 Jeanette Pablo is Director, Climate Equity and the Clean Energy Transition at CATF focused on how the clean energy transition can contribute to justice and equity, especially for disenfranchised and underserved communities, while achieving our midcentury climate goals.

Prior to joining CATF, Jeanette was General Counsel at the Energy Futures Initiative, a clean energy think tank founded by Ernest Moniz, the 13th Secretary of Energy where she had primary responsibility for all legal and regulatory matters. She was also a major contributor to EFI’s research and analysis portfolio for advancing clean energy technologies and deep decarbonization pathways. And, she oversaw the annual U.S. Energy and Employment Report and the Wages, Benefits, and Change Report.

Previously, Jeanette served as Acting Deputy Director for Energy Systems in the Office of Energy Policy and Systems Analysis at the U.S. Department of Energy. At DOE she oversaw analysis and policy related to energy systems and infrastructure, the electricity sector, North America energy policy and security, and critical materials. She had a primary role in the development of Transforming the Nation’s Electricity System: The Second Installment of the Quadrennial Energy Review.

Before joining DOE in 2015, Jeanette was Director of Federal Affairs & Senior Climate Advisor for PNM Resources. Working with the Navajo Nation, EPA, and the state, Jeanette was the senior strategist for the company’s landmark Clean Air Act Regional Haze settlement which resulted in the retirement of 836 MW of coal generation and a 50 percent reduction in water use and emissions including carbon, with no layoffs at the plant. Jeanette was also PNM Resources’ lead representative before the U.S. Climate Action Partnership. Earlier in her career, Jeanette was an energy policy advisor at the Tennessee Valley Authority and Energy Associate at the law firm of Verner, Liipfert, Bernhard, McPherson and Hand, where she performed pro bono legal assistance at the Washington Legal Clinic for the Homeless before she later joined the board.