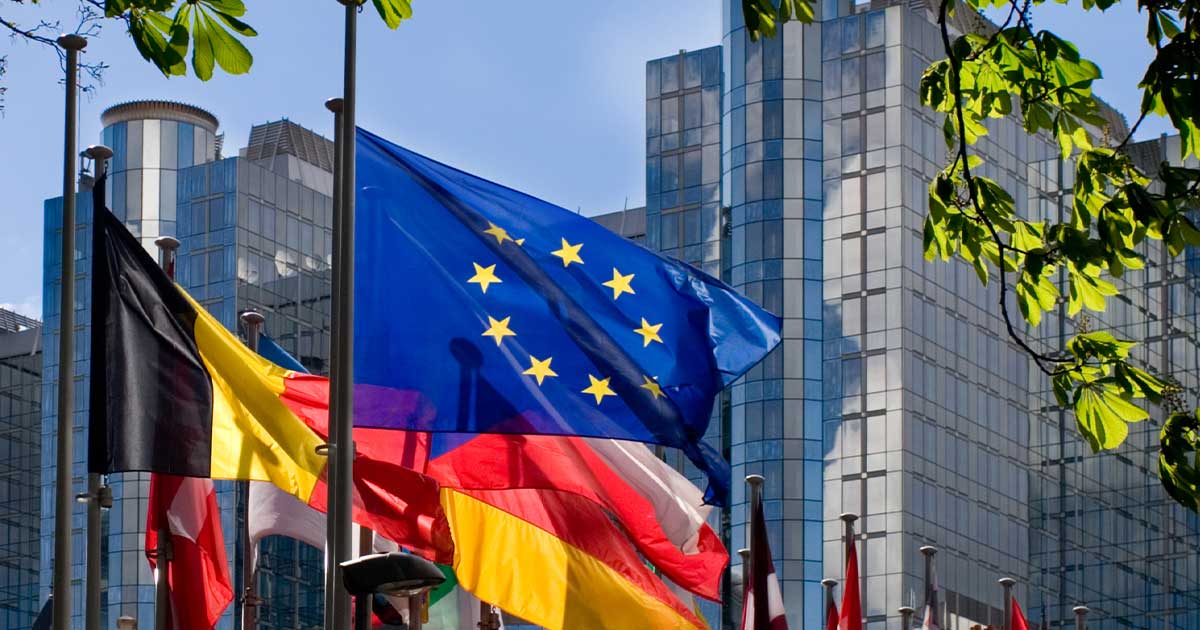 Recently, the European Commission delivered an important message: Europe will not be able to produce all the hydrogen it will require to decarbonise hard-to-electrify sectors such as steel, high-temperature industrial process heat, and shipping.

Studies estimate that the bloc’s hydrogen demand will increase from 8.3 Mtpy to more than 60 Mtpy (280 TWh to >2,000 TWh) by 2050 in order to reach its climate goals (see figure below). To reach that target, imports will be required. In fact, the World Energy Council estimates that 50% of Europe’s projected hydrogen demand would need to be imported, which means Europe needs to form partnerships with countries able to scale up clean hydrogen production, such as in the Middle East and North Africa or the U.S.

Whilst hydrogen and hydrogen-derived fuels like ammonia do not emit carbon at the point of use, they must be produced through pathways that minimise greenhouse gas (GHG) emissions such as carbon dioxide (CO2) and methane, resulting in very low CO2-equivalent emissions across the value chain. We can’t simply measure their climate impacts when we use them.

But how do we actually measure overall GHG emissions for hydrogen? More specifically, how can Europe ensure that imported and locally produced hydrogen will be climate beneficial? And what regulatory tools do we need in place to succeed?

Setting standards for fuel imports is not new for the bloc. Europe has long been a leader in environmental and climate regulation that has impacts beyond its borders, and many nations worldwide have already adopted fuel standards modelled after the EU’s.

The Gas Package is the European Commission’s proposal to decarbonise existing gas networks and regulate the nascent renewable and low-carbon hydrogen market. It is currently being revised in order to align it with the EU’s target of 55% GHG reduction by 2030 compared to 1990 levels. A crucial part of this revision will be ensuring local and imported hydrogen meet ambitious GHG emissions reductions across the entire value chain compared to unabated fossil fuels, and that an EU-wide hydrogen certification system is implemented as soon as possible. On another technological front, the EU is pioneering a carbon removal certification mechanism. This is firmly in Commission’s wheelhouse.

It is important for meeting climate goals and for the practical realities of creating a new global fuel market. In a net-zero world, all fossil fuels need to transition to decarbonised energy or zero-carbon fuels. By defining low-carbon hydrogen standards, Europe can shape the nascent global hydrogen market, thereby pushing for increased climate ambition outside of the bloc. Project developers, technology providers, financing entities, and exporting countries require certainty and clarity about hydrogen certification standards to reduce investment risks and move projects forward, something that has been holding back progress for at least a decade. Without clarity from one of the world’s largest purchasers of fuels, the emergence of a new and much needed global market for zero-carbon fuels will be further delayed.

What we can learn from previous EU fuel regulations

Let’s take a deeper look at the example of diesel regulation in the EU.

Europeans’ love for diesel vehicles made them accustomed to their engines’ dry and loud roar. Europe’s thirst for diesel could not – and still cannot – be satiated by the local refining industry. Oil exporting countries became European diesel suppliers to close the market gap, but not without complying with tightening EU fuel standards.

The drivers of diesel vehicles probably did not notice when the Euro V was implemented in 2009. The Euro V was Europe’s revised environmental specification standards of fuels for on-road vehicles. The new standard would limit the sulphur content in diesel and petrol to 10 parts per million (ppm). The preceding standard, the Euro IV, allowed for 50 ppm sulphur content in the diesel. Removal of sulphur in fuels is critical because when sulphur contained in fuels is burned, it results in sulphur dioxide molecules. When those molecules come in contact with water, they cause acid rain. Reducing sulphur content in diesel from 50 ppm to 10 ppm was an enormous challenge for fuel producers and a significant win for the climate.

In the years preceding the Euro V implementation, oil refineries in Europe and worldwide invested billions of dollars in new technologies such as state-of-the-art catalysts and units’ retrofitting to ensure that their finished diesel would comply with the then soon-to-be-implemented EU directive. With a robust policy framework, all Member States and diesel exporters complied with the stricter EU fuel standards. The diesel combusted in the bloc was certified ultra-low sulphur (ULSD) and, therefore, less detrimental to the environment.

For the new energy system we are trying to create, enhancing the quality of the local or imported fuels is insufficient. We need to follow a holistic approach that includes emissions assessment across the entire value chain, from production to consumption.

Over the past few years, market development activities on hydrogen have increased significantly. It is far from easy to keep track of the Memoranda of Understanding (MoU) between resource-rich countries in the Middle East and North Africa (MENA) and European Member States or individual companies seeking to secure hydrogen supply to decarbonise their economies or production lines.

Memoranda of Understanding between MENA and Importing Countries

The United States and the European Commission formed the Task Force on European Energy Security in March of 2022 after the invasion of Ukraine, and they have since committed to diversify energy supplies to Europe. This commitment included increasing global LNG exports to Europe and creating an EU Energy Platform to coordinate supplies of gas, LNG and hydrogen, signalling a potential future for transatlantic hydrogen trade.

Germany and the Netherlands, the largest EU hydrogen consumers and producers, are some of the EU member states engaging with international partners to secure renewable and low-carbon hydrogen imports. Preparing for the soaring hydrogen demand in Northern Europe, the Port of Rotterdam has ambitious plans to import low-carbon hydrogen for domestic use and cross-border trade with Europe’s largest industrial region, North Rhine-Westphalia.

Unfortunately, this is all happening way ahead of the regulation. The Gas Package only plans the delegated act specifying the methodology for assessing greenhouse gas emissions savings from low-carbon fuels to be proposed by the Commission by 31 December 2024, which would therefore be after the start of imports in Europe.

The need for an EU-wide hydrogen certification system

Member states and international groups have made significant efforts to develop certification systems for the nascent hydrogen economy. However, most of the existing hydrogen certification schemes are voluntary and not-fit-for-purpose when it comes to full emissions accounting scope. These schemes limit emissions assessment to either the hydrogen production facility or, in addition to the hydrogen production emissions, may include only limited downstream emissions.

The Gas Package proposal is technology inclusive, so it would make sense for certification schemes to be designed to include renewable and low-carbon hydrogen. Furthermore, these certification systems should reflect the market realities that include imports of not only renewable, but also blue hydrogen into Europe – market realities already reflected by the European Commission.

The current Gas Package proposal lacks clarity about the scope of greenhouse gas emissions accounting for hydrogen and hydrogen carriers. An adequately designed lifecycle analysis for hydrogen should measure the environmental impact (GHG emissions) across the entire hydrogen value chain. This includes production, temporary storage, transportation and hydrogen carrier conversion processes. As such, the proposal leaves too many questions unanswered that create market uncertainty and risks for investors.

Hydrogen certification efforts are also being undertaken by other nations. In the United States, a new effort from GTI Energy called the Open Hydrogen Initiative aims to develop methodologies and an eventual tool for calculating the GHG emissions intensity of hydrogen production pathways, but it is still nascent. Recently, the UAE is focusing on establishing Abu Dhabi as a trusted leader of low-carbon green and blue hydrogen in emerging international markets. The Abu Dhabi Department of Energy is developing a hydrogen policy which will include new regulations and standards. Coordination between nations and harmonisation of hydrogen certification standards will be crucial for the nascent international market.

Europe’s projected hydrogen demand will require agreements with existing and new energy partners to secure decarbonised supply. Those agreements need to come as soon as possible in order to keep up with demand and, ultimately, push European industry away from its current reliance on fossil fuels.

Significant regulatory gaps still need to be addressed to develop a clean hydrogen trade and ensure that hydrogen will deliver on the promised climate benefits to meet the Paris Agreement. The following are CATF recommendations to close the existing gaps:

An ambitions certification mechanism rests on stringent methane criteria and maximum methane leakage rates. For upstream methane, the Commission should start with clear, credible and realistic estimates of upstream methane emissions, before aligning the GHG emissions methodology with the methodology for the Methane Regulation’s monitoring, reporting and verification (MRV) requirements, moving from emission estimates to verifiable emission measurements by 2027.

European policymakers and member states have an unprecedented opportunity to drive the creation of a climate-beneficial global hydrogen market. By providing markets with clarity about hydrogen standards and driving the creation of an internationally aligned hydrogen certification system, Europe could set the tone for the future decarbonised energy trade standards. It could also foster an environment suitable for realising the projects needed to meet the bloc’s anticipated hydrogen demand.