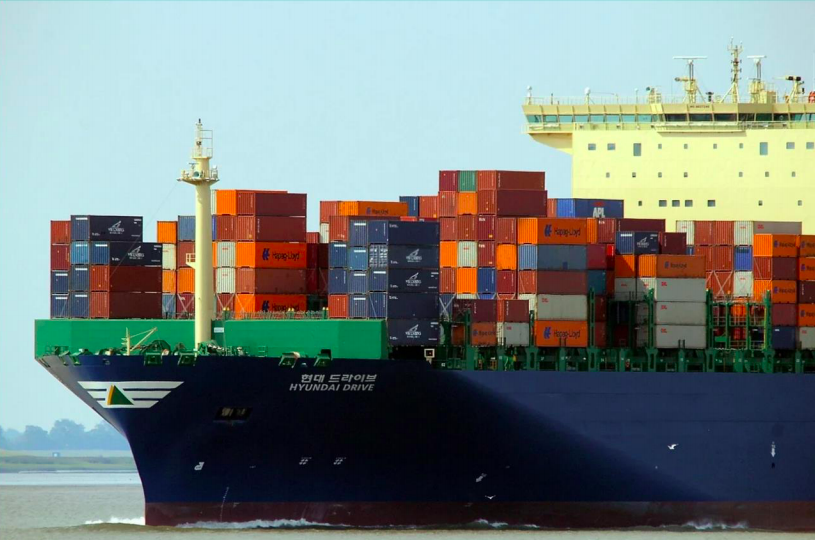 These aren’t new lessons per se, but they were recently–and convincingly–reinforced by a new report published by Columbia University’s School of International and Public Affairs (SIPA) and, less obviously, by the ways in which global trade responded to the coronavirus outbreak through the first half of 2020.

When China closed factories across the country in January and February 2020 to contain the spread of the coronavirus, it dramatically reduced the supply of goods being traded internationally. Empty shipping containers piled up in Chinese ports for want of product to carry, and ship owners scrambled to idle large portions of their fleets. By the time China’s factories reopened, the virus had spread widely. Countries around the world curtailed social and commercial activity, major economies went into a form of suspended animation, and global demand for ship-borne trade withered.

The one-two punch that staggered the global shipping sector–the Chinese supply shock followed by a slow-down in global demand for shipped goods–contributed to a broader trend driven by the pandemic: a sharp reduction in global greenhouse gas emissions. According to a May 2020 study published in Nature Climate Change, daily global CO2 emissions in early April 2020 had fallen by 17%. According to the study, almost half of the emissions decrease are due to reductions in surface transportation activity, including marine shipping.

As economies reboot and the shipping sector shows signs of recovery, its GHG emissions have rebounded as well (see chart at right). The emissions reductions that accompanied the pandemic were steep but also short-lived and, obviously, driven by factors that no one wants to see repeated. The sudden fall and rise again of the sector’s emissions reaffirmed that a permanent, sustainable strategy for decarbonizing the shipping sector is needed.

Zero carbon fuels (ZCF)–specifically, hydrogen and ammonia–will play a central role in that strategy. In 2018 we were able to point to “[a] cluster of recent reports on reducing the shipping sector’s GHG emissions (e.g., here, here, and here) [that] identified fuel-switching from heavy fuel oil to ammonia as one of the most compelling options for limiting the sector’s contribution to global warming.” Since then, support for ammonia-fueled shipping has grown substantially (see, e.g., here, here, here, here, and here). Leading engine developer MAN-ES announced in 2019 that an ammonia-compatible version of its dual-fuel marine engine would be available in two to four years, then formed a partnership with Samsung Heavy Industries, Lloyd’s Register, and MISC in early 2020 to push the development of “zero-carbon fuel technologies, such as ammonia fuel … in order to take action proactively on maritime GHG emissions.”

Full decarbonization of the shipping sector requires ships that can run on ZCF, but it also requires massive volumes of ZCF to be produced and supplied to ports around the world. As the coronavirus began wreaking havoc, an international team of graduate students at Columbia’s SIPA, under the direction of Professor Jason Bordoff, dug into that supply-side challenge. For the report they produced for CATF in Spring 2020, the team interviewed dozens of industry stakeholders and conducted detailed assessments of the capacity for ZCF storage at major port systems in the United States (New York/New Jersey, Houston, and Los Angeles), the Netherlands (Rotterdam), the United Arab Emirates (Jebel Ali), Japan (Keihin/Tokyo Bay), China (Hong Kong and Shanghai), and Australia (Fremantle, Darwin, others), and Singapore.

Recommendation 2: Shipping companies must partner with fuel suppliers aligned with the most relevant trade lanes through first-mover ports.

Recommendation 3: First-mover ports must work within their country or region to aggregate economy-wide demand for hydrogen fuels.

Recommendation 4: Fuel producers must coalesce around standard production methods for green hydrogen/ammonia while continuing to innovate.

Recommendation 5: Private and public capital must work with fuel producers to de-risk investments and lower the cost of capital for new fuel production and infrastructure.

CATF looks forwards to coordinating with port authorities, industry and government stakeholders, and our partners in the Climate Emergency Shipping Coalition to advance SIPA’s recommendations. The targeted development of a globally-networked supply of zero carbon shipping fuel is a critical pathway to expediting ZCF production and use worldwide, which could prove essential to eliminating greenhouse gas emissions from the transportation sector in general and from marine shipping in particular.