Tapping the Heat Beneath our Feet for Always Available, Carbon-free, Renewable Energy

Superhot rock energy is a revolutionary geothermal technology. With the right funding and policy support, it could transform the global energy system by providing the world with cost-competitive, carbon-free, always-available energy. Because superhot rock has high energy density and low land use requirements, it also allows for local production of energy, creating a pathway to energy security, and for green hydrogen production.

During this event, superhot rock experts will discuss:

The event will begin with a presentation from Terra Rogers, Program Director of the Superhot Rock Energy program at CATF.

What is superhot rock?

Superhot rock is a high-energy-density, zero-carbon, always-available energy source that could potentially be accessed worldwide for baseload power, heat, hydrogen production, and industrial process energy. With continued innovation, superhot rock energy could be economically competitive with most zero-carbon technologies. It also promises a small environmental footprint and could potentially repower or replace many existing fossil fuel energy facilities. As a consistent, dispatchable source of energy, superhot rock doesn’t require the use of battery storage or fossil fuel supplementation and is consistently available for distribution. It is also capable of being deployed rapidly across much of the world, with the potential to transform the global energy system and strengthen national security by providing a local energy source. 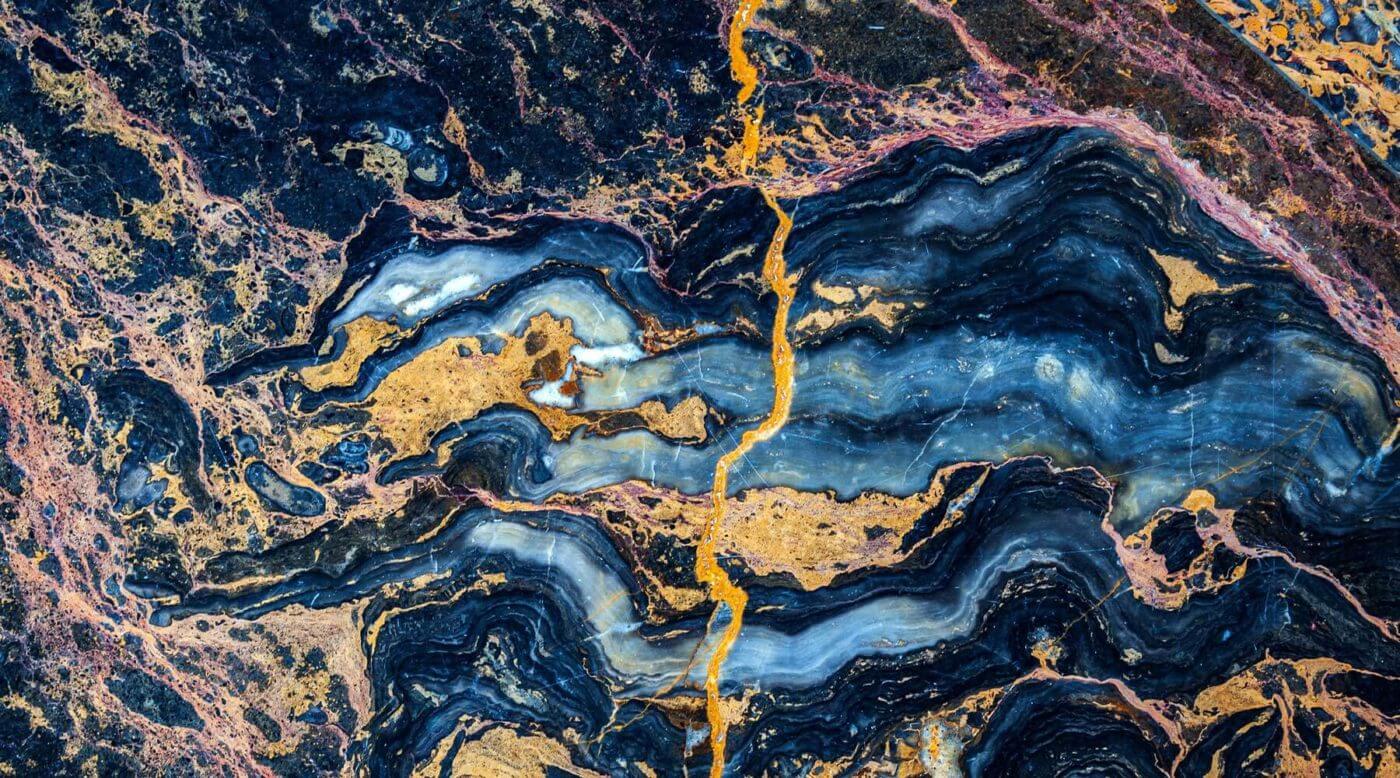 About CATF and the Superhot Rock
Energy program

CATF’s Superhot Rock Energy team is a group of scientists, industry practitioners, and policy visionaries dedicated to decarbonizing the energy sector through superhot rock energy. Our goal is to achieve demonstration and commercialization of SHR anywhere in the world, providing affordable access to the largest untapped energy source on the planet.

Terra Rogers is the Program Director for Superhot Rock Energy at CATF. In this capacity, Terra leads CATF’s geothermal strategy and technical team to make clean, safe, zero-carbon energy possible anytime, anywhere. In 2022 she joined CATF to create a global vision for superhot rock and implement pathways for large-scale deployment. Terra has been active in the renewable energy industry since 2004 and has served as Sr. Vice President, Program Director and consultant to companies providing pioneering services and R&D solutions in the geothermal, biofuel and energy storage markets.

At CATF Ms. Rogers leverages her experience in power purchase negotiations and financial modeling for renewable energy startups to create the ecosystems necessary to foster and grow this promising new industry. Having secured over $100M in public funding to test, demonstrate, and deploy early-stage technologies, she offers insights into technology innovation, permitting, and business strategy. Before Terra turned her focus to research and new technology deployment, she worked within conventional geothermal at Ram Power where Terra led the project management and financial controls for a state-of-the-art, $0.5B geothermal power plant in Nicaragua.
Ms. Rogers speaks Spanish and holds a Bachelor of Science in Chemical Engineering from the Colorado School of Mines as well as an MBA from Harvard Business School.

Bailey Schwarz is a professional engineer with a decade of hands-on engineering experience that focused on data analytics and process optimization. Ms. Schwarz has a passion for innovation, actively seeking opportunities to trial new technologies and push boundaries. During her tenure at Cenovus Energy, Ms. Schwarz led a multi-disciplinary team of engineers to commission and operate industry leading, large-scale steam assisted gravity drainage facilities spanning cogeneration, steam generation, processing and water treatment. Since joining the Eavor team, Bailey managed the construction, commissioning, and operation of the Eavor-Lite™ Demonstration Facility and was the Project Manager for the Geretsried, Germany first commercial project. Most recently, Bailey is involved as the Director of North American Eavor-Loop projects and has been the Project Manager for the Eavor-Deep project. Bailey graduated with a Degree in Chemical Engineering from McGill University and recently passed her CFA Level I exam.

Carlos Araque is the co-founder and CEO of Quaise Energy. He leads a team that intends to unlock the heat beneath our feet, a feat that could ultimately power the world with clean energy. To make that energy — supercritical geothermal power — available to all, Carlos is leveraging his considerable experience solving difficult technical challenges in the oil industry for Schlumberger and as technical director for The Engine, MIT’s groundbreaking fund and platform to commercialize world-changing technologies. Carlos believes that supercritical geothermal power has the potential to replace fossil fuels as the world’s dominant energy source.

Tony Pink is VP Sub Surface Energy Technology at NOV. Tony graduated with a BSC in Geology from University College of Wales Aberystwyth in 1990 and has a postgraduate diploma (GMP) from Harvard Business School.

He has 32 years’ experience in drilling and completions in oil and gas, with a strong emphasis on drilling optimization, directional drilling and drilling automation.

In March of this year Tony moved into his current role responsible for Subsurface Technology particularly focused on Geothermal and Carbon Storage. He has published and presented 11 SPE/IADC papers and has 4 US Patents on Closed Loop Drilling Automation, Automated Directional Drilling, Early Kick Detection and Hard Rock Drilling.

Hiroshi Asanuma is the Deputy Director and Geothermal Team Leader of the Geothermal Research Team at AIST (Renewable Energy Research Center). His past positions include Associate Professor at Tohoku University (Department of Geoscience and Technology, Graduate School of Engineering) and Senior Principal Researcher at AIST (Institute for Geo-Resources and Environment). He has published dozens of papers, many of which have received awards from the Geothermal Resources Council, Japanese Society for Rock Mechanics, and others. His research interests include engineered geothermal systems (EGS) in the brittle-ductile transition zone, induced seismicity from geothermal reservoirs, and the development of subduction-origin supercritical geothermal resources.

Dr. Guðmundur Ómar Friðleifsson has decades experience in dealing with research and exploitation of high and low temperature geothermal systems. He received his BSc and BSc hon in Geology 1975 and 1976 from University of Iceland, PhD degree in Geology in 1983 at the University of Edinburgh, Scotland. From 1975-2003 he worked at the National Energy Authority (Orkustofnun) in Iceland, at the Geothermal and Geoscience Division. Then at ISOR, the Iceland GeoSurvey, in 2003-2007. Since 2007 until retirement in 2020 he served as a Chief Geologist at the HS Orka energy company, which holds the Svartsengi and the Reykjanes geothermal power plants in SW Iceland. From 1999-2020, Guðmundur Ómar was leading the Iceland Deep Drilling Project (IDDP), being one of the founders of the project, its Principal Investigator and project manager, the coordinator and spokesman. He is an author and co-author of tens of scientific papers and extended conference abstracts and over two hundred reports of various lengths on geothermal exploration and utilization. Guðmundur served as a Study Board member in Exploration Geology at the United Nation University – Geothermal Training Programme (UNU-GTP) from 2006-2012. He served as the co-ordinator for DEEPEGS, a European Union Horizon2020 supported deep EGS project (under grant agreement No 690771), from 2015-2020. Since 2020 he enjoys temporary consultancies in relevant geosciences.

Eric has led an array of projects related to regulatory, financing, and project delivery barriers, and techno-economic studies in the nuclear sector for a variety of clients, including government agencies in the U.S. and abroad. These include studies for EPRI, ARPA-E, Urenco/Aurora, CATF, the Energy Innovation Reform Project, and UK Energy Technologies Institute. Eric was on the study team for MIT’s Study: The Future of Nuclear Energy in a Carbon-Constrained World. In addition to this extensive experience specifically on nuclear power, Eric has led dozens of in-depth studies on power market mechanisms, system modelling with specialized software, environmental policy impacts, and long-term market dynamics with expansion of solar, wind, energy storage, and other innovative energy resources. Eric managed the team conducting a definitive cost study on advanced nuclear technology and maintains one of the industry’s most comprehensive advanced nuclear cost models. Eric leads multiple decarbonization modeling efforts, and advises governments and private sector on electricity and fuels applications of advanced nuclear and fusion energy systems.

Previously, Eric was an interim leader or paid strategic advisor to over 30 startups. He raised over $100 million of private equity for General Compression, of which he was a founder and the lead inventor of the technology. Because of his unique strategic vision, focus on addressing climate change, and experience developing and commercializing new technologies, Eric was a member of the renewable energy advisory group of the National Commission on Energy Policy (NCEP), and was honored at President Obama’s White House as a Champion of Change in Renewable Energy.